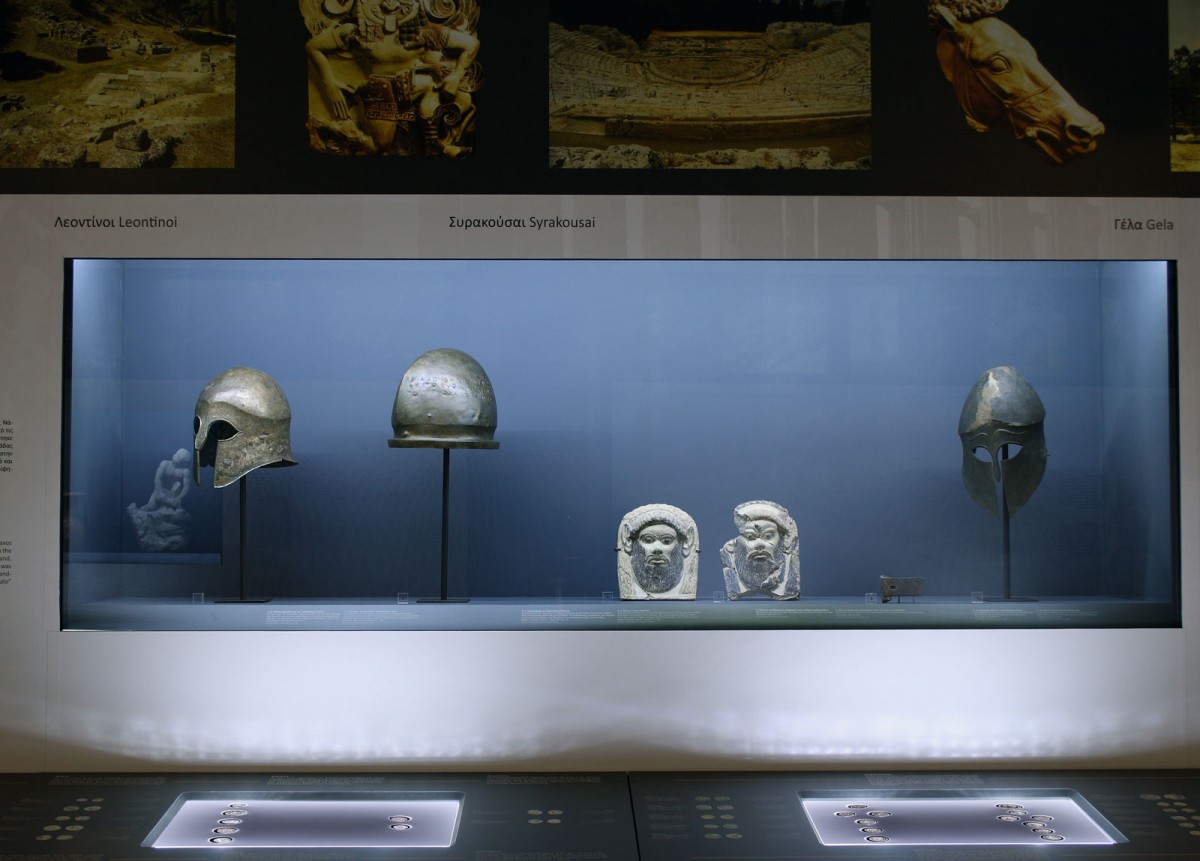 Following its warm reception, the exhibition “The Europe of Greece: Colonies and coins from the Alpha Bank Collection”, which has been organised by the Archaeological Museum of Thessaloniki and the Alpha Bank Numismatic Collection since April 11, 2014 at two of the Museum’s Temporary Exhibitions Galleries, is extended until Sunday, October 18, 2015.

The exhibition, which presents 121 ancient coins and 61 unique ancient artifacts from the Greek colonies of Europe, has attracted a large number of visitors, as the issue of Greek Colonisation continues to draw the interest of the public. Indicatively, from April 11, 2014 until March 31, 2015 the exhibition was visited by 115,000 persons.

In the context of the exhibition guided tours for groups were carried out, while the scientific meeting “Greek Colonisation: New Data, Current Approaches” was also mounted.

An educational programme entitled “Daring Explorers and Pioneer Colonists” for Elementary School and Gymnasium students has been launched in parallel with the exhibition and offers the little visitors the opportunity to strike their own coins along with other activities.