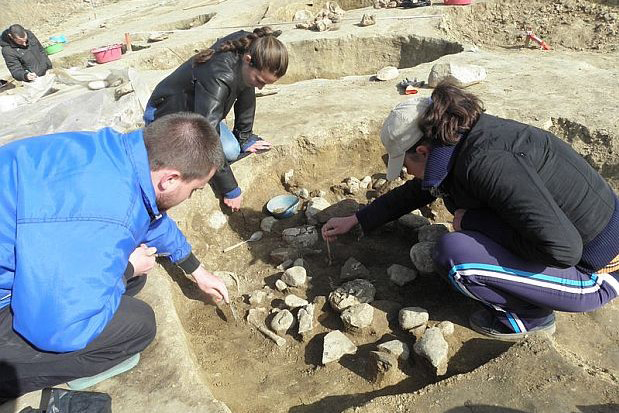 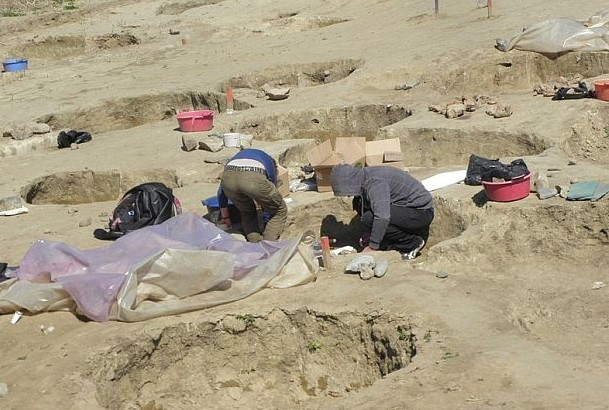 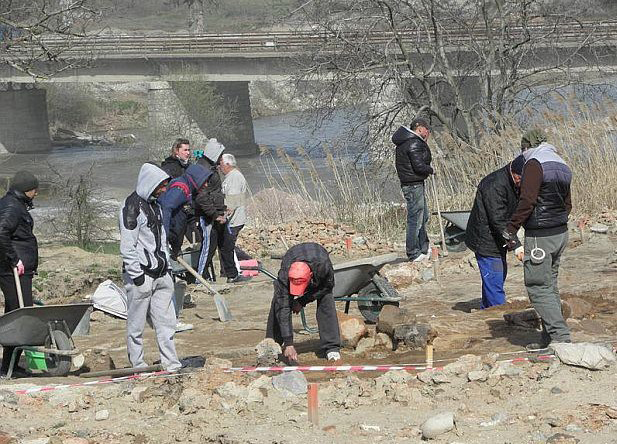 Within early Neolithic settlement near Mursalevo

The skeletal remains of three children sacrificed by Ancient Thracians in the 6th c. BC, as archaeologists believe, have been uncovered in a ritual pit at a site near Mursalevo (southwest Bulgaria).

The discovery was made by archaeologists from the National Institute and Museum of Archaeology of the Bulgarian Academy of Sciences during rescue excavations along the planned route of a new highway. The three burials were found in one of 20 ritual pits located on top of the 8,000-year-old Early Neolithic city near the town of Mursalevo.

The skeletons will be examined by an osteoarchaeologist from Edinburgh, Scotland, as they do not have an osteoarchaeologist in Bulgaria, as Assoc. Prof. Krum Bachvarov, one of the lead archaeologist of the rescue excavations at Mursalevo and head of the Department of Prehistory of Bulgaria’s National Institute and Museum of Archaeology in Sofia explained.

Inside the same ritual pit where the skeletons of the three children were unearthed, the Bulgarian archaeologists have found several stones that are believed to have been used in the human sacrifice ritual. In other pits food remains and artifacts, probably placed there as offerings to the gods, were found.

Excavations at the site are led by Prof. Vasil Nikolov from the National Institute and Museum of Archaeology of the Bulgarian Academy of Sciences.

The early Neolithic settlement is dated to about 5800 BC. It consists of three parallel major streets, including one main street, and several smaller streets that are perpendicular to them which form sections with 3-4 homes each. Bulgarian archaeologists have found tools, figurines and ceramic vessels within the buildings which were made of plant stalks and clay. Archaeologists believe the settlement was burned down deliberately.