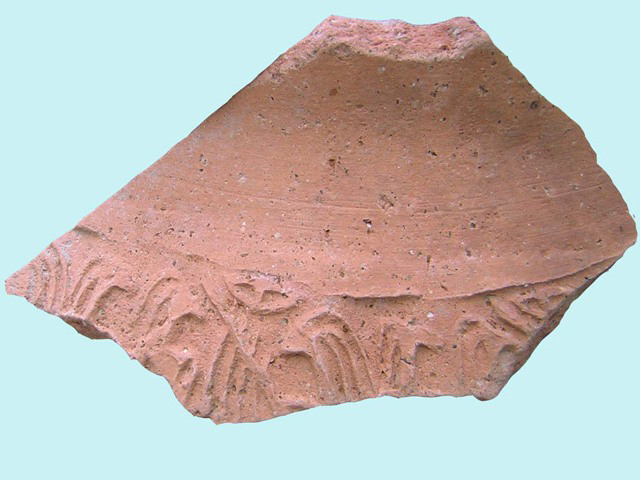 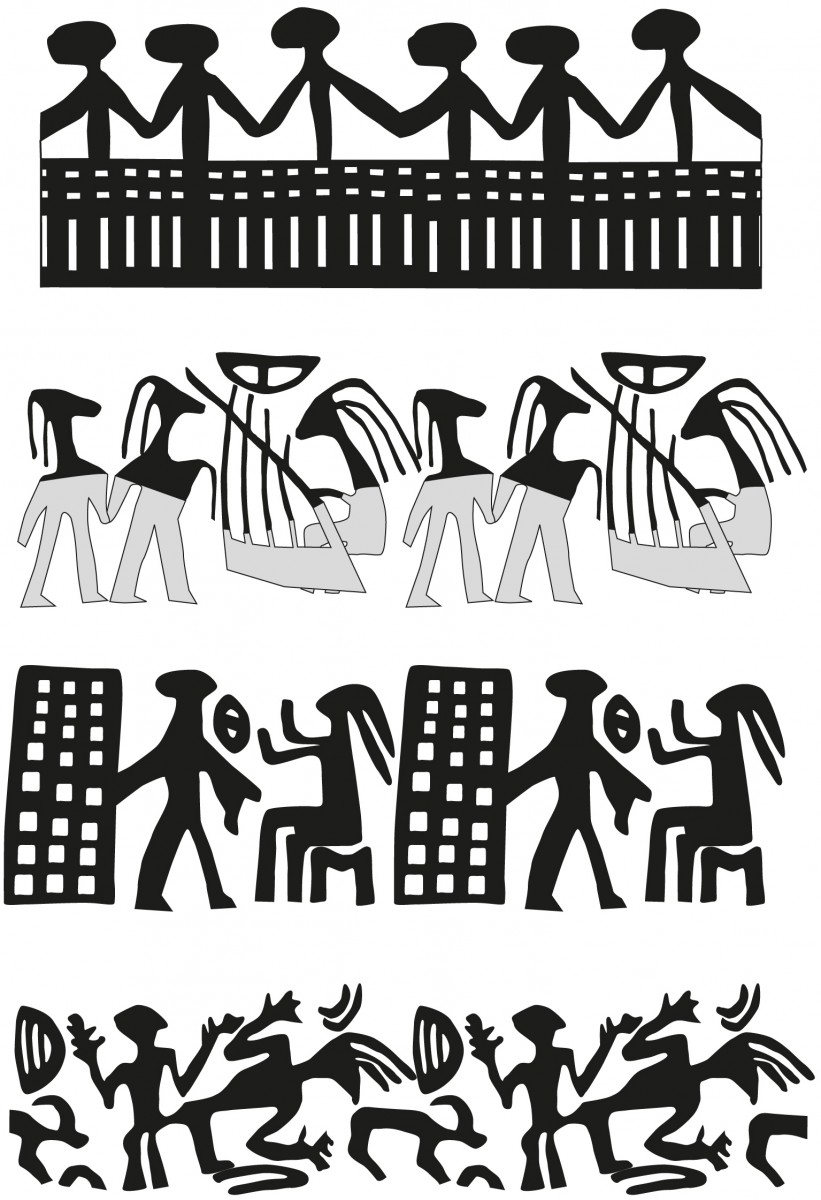 On a seal portraying a

The most ancient music scene known in the research of Israel appears on a rare 5,000 year old cylinder seal impression from the Early Bronze Age. So believe archaeologists Dr. Yitzhak Paz, Dr. Ianir Milevski and Nimrod Getzov of the Israel Antiquities Authority.

The impression, which was found in the 1970’s at the Bet Ha-‘Emeq antiquities site during an archaeological survey conducted in the Western Galilee by Dr. Rafi Frankel, was made using a cylinder seal rolled along the surface of the clay before it was fired, forming a series of repeating designs. The scene depicted on the seal impression includes three female figures, two standing and one sitting. The seated figure is playing an instrument that appears to be a lyre – a musical instrument known from the ancient world.

According to the researchers, “It seems that the rare seal impression, which appeared on a fragment of a large storage vessel (pithos), sheds light on the symbolic-ritualistic world of the Early Bronze Age inhabitants in Israel. The importance of the scene lies in the possible symbolic context, it being part of a complex ritual known in Mesopotamia as the ‘sacred marriage’. In this ceremony a symbolic union took place between the king and a goddess (actually represented by a priestess). The ceremony included several rites: music and dancing, a banquet, a meeting between the king and the goddess and an act of sexual congress between them. Recently, Professor Pierre de Miroschedji of the CNRS suggested that many of the seal impressions from the Early Bronze Age portray the sacred marriage rite.

The seal impression presented reflects the musical part connected to this ceremony. According to the researchers, “This is the first time it is definitely possible to identify a figure playing an instrument on a seal impression from the third millennium BCE. This is when most of the ‘cultic’ impressions from Israel depict dancing figures or the feasting scene in which the female and male figures are shown facing each other, in the rite just before their sexual encounter.”

nquet, a meeting between the king and the goddess and their sexual union.