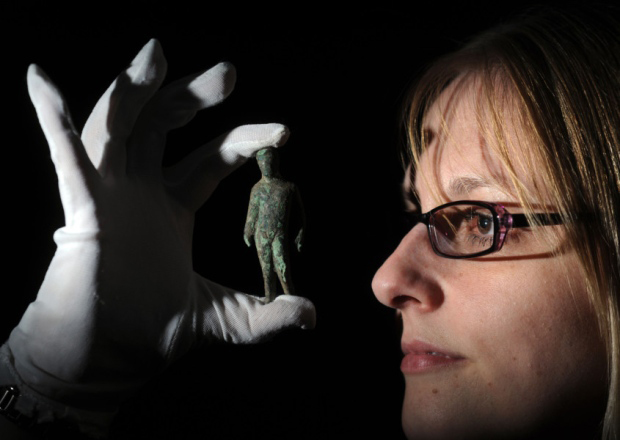 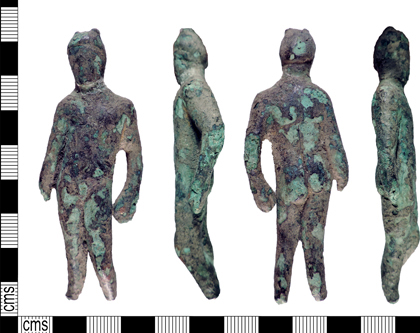 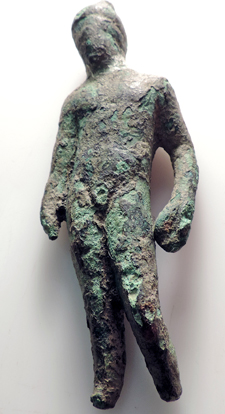 2,000-year-old figurine of Mercury in Yorkshire

Found by a metal-detector user

A 2,000-year-old figurine of the Roman god Mercury was discovered by a member of the York and District Metal Detecting Club in a field in north Yorkshire. This is the 1,000th officially recorded archaeological find in North and East Yorkshire as part of a government-funded project.

The worn copper alloy figurine has lost the wings to its cap.

“Mercury was the god of commerce and so merchants would sprinkle their heads and merchandise with water from Mercury’s well, near the Porta Capena [in Rome], to appeal to the god for luck in their endeavors,” Rebecca Griffiths, the Finds Liaison Officer for the Portable Antiquities Scheme at the York Museums Trust, told Culture 24.

“Every year thousands of archaeological objects are discovered,” says Griffiths.

“While the majority of these come from metal-detector users, we also see many finds from people field-walking, gardening, renovating houses and even those out walking particularly inquisitive dogs.

“Due to the quantity and quality of these finds it was realised that, if properly recorded, these discoveries could provide an important source of material with the potential to transform our understanding of the past.

“Each year I, and a small team of volunteers, add more than 2,000 new artefacts to the database. These range from Roman coins to medieval buckles, stone tools to post-medieval toys and pretty much everything in-between.”