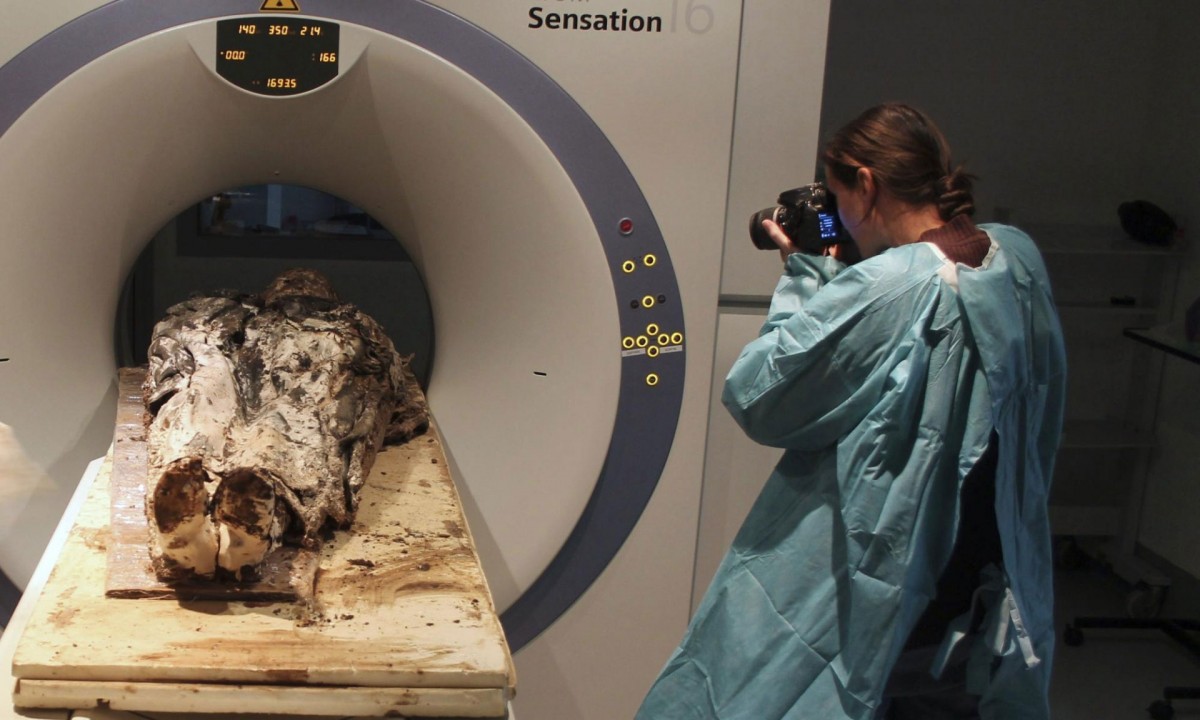 She was buried with the heart of her husband

The well-preserved remains of Louise de Quengo and the heart of her husband were found in a sealed lead coffin in a stone tomb at a convent chapel in western France.

From 2011 to 2013, an INRAP team conducted a rescue excavation at the Jacobins convent in Rennes. Two years later, as studies continue, new discoveries come to light.

Founded in the 14th century, the Jacobins convent played a major role in the religious activities of the Brittany capital and in regional politics until the 18th century. It became an important pilgrimage and sepulchral site, with numerous graves dating from the beginning of the 15th to the 18th century.

About 800 graves were excavated by archaeologists, five of lead coffins. One of them contained the well-preserved remains of a noblewoman and the heart of her husband.

Louise de Quengo, who died in 1656 and was identified through inscriptions on the reliquary containing the heart, is thought to have entered the convent after the death of her spouse in 1649.

Because the coffin was completely sealed it had kept everything preserved. But we had to move quickly because once the coffin was opened it sets off the decomposition process again after 350 years. We had 72 hours to bring the body down to four degrees to preserve everything,” Rozenn Colleter of the Institute National Recherches Archaeologiques Préventive (INRAP) told The Guardian.

As reported in The Guardian, the woman was wearing simple religious vestments: a cape, chasuble, a brown habit in coarse wool, a plain linen shirt, woollen leg warmers, and leather shoes with cork soles. Also, a devotional scapular was wrapped around her right arm and her hands were joined and holding a crucifix.

The corpse, uncovered in 2014, will be reburied in Rennes later in 2015, archaeologists have said. De Quengo’s clothes and shoes have been restored and are expected to be put on display.