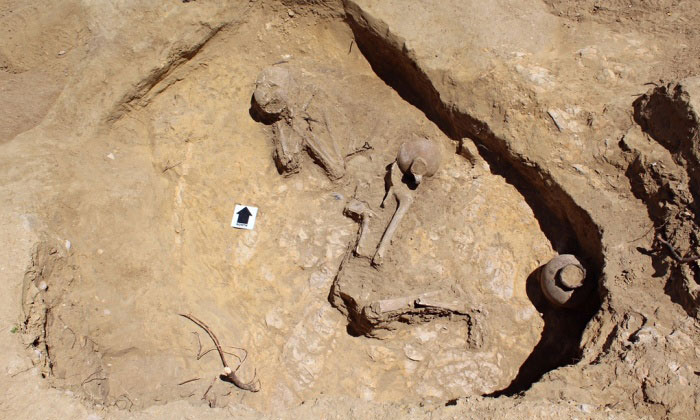 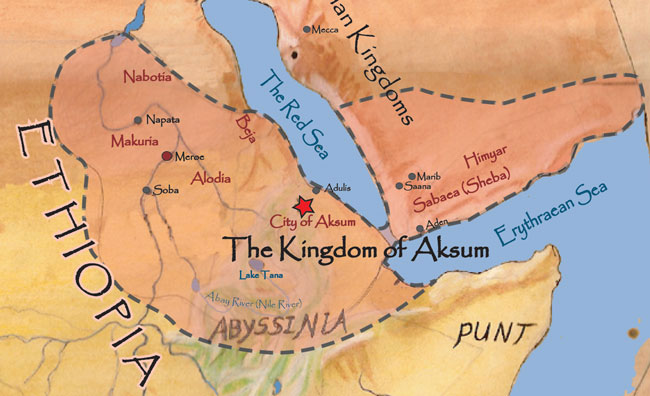 British archaeologists have discovered 2,000-year-old treasures from the first and second centuries. The artefacts offer a connection between the Roman Empire and the Aksumite kingdom, as they manifest that Roman trading took place in the area centuries earlier than previously thought.

The site where the artefacts were discovered is an excavation of the ancient city of Aksum, in northern Ethiopia, where a major six-week excavation revealed amazing artefacts. The excavation was conducted by a team of archaeologists led by Louise Schofield, a former British Museum curator.

Among the graves one stands out due to the jewellery and artefacts it contained as well as the position of the female skeleton lying inside. Archaeologists named the woman “Sleeping Beauty”, and the way the body and the grave goods were arranged suggests that she had been loved and cherished.

According to Schofield, “She was curled up on her side, with her chin resting on her hand, wearing a beautiful bronze ring. She was buried gazing into an extraordinary Roman bronze mirror. She had next to her a beautiful and incredibly ornate bronze cosmetics spoon with a lump of kohl eyeliner.”

She was wearing a necklace of thousands of tiny beads and a beaded belt. In the grave there were other artefacts, such as Roman glass vessels, two perfectly preserved drinking beakers and a flask to catch the tears of the dead. There was also a clay jug the contents of which will be sent for analysis.

The grave was covered with soil, but was cut into a rock, which explains the fact that the finds have survived intact.

In the other graves, another female skeleton was discovered, with a necklace of 1,065 coloured glass beads, as well as buried warriors, each wearing large iron bangles.

Aksum was the capital of the Aksumite kingdom and there is evidence that Aksumites traded with Rome in the fourth and fifth century. The new evidence, however, suggest that there was a connection between the two cultures much earlier than that.

The finds will go to a new German-funded museum, opening in October. Excavations were paid for by the Sainsbury family’s Headley Trust and the Tigray Trust, and by individual donations.