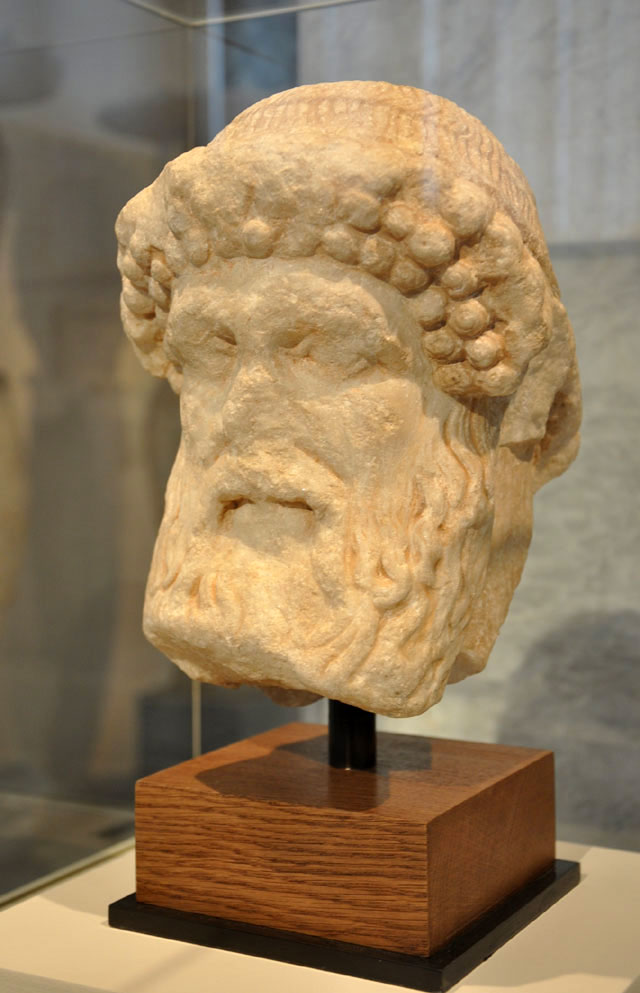 A great accomplishment of Greek archaeologists

The repatriated Hermes head which had been withdrawn from a Bonhams auction last October was presented yesterday in the National Archaeological Museum. Alternate Minister of Culture, Nikos Xydakis welcomed the repatriation as a great accomplishment of Greek archaeologists.

Dated back to the Roman period (1st-2nd c. AD), the marble Hermes head features the god as a guide of men. As Director of the National Archaeological Museum, Maria Lagogianni said, this is the second of the three natures of Hermes. “The first is the heavenly nature, i.e. he is the messenger and the emissary of gods. And the third is the chthonic one – he is the conductor of souls in the underworld. Hermes is smart and inventive. He is a trouble-maker. He is also a very competent negotiator. He gives Apollo the lyra as a gift, and the latter gives him a magic wand, the kerykeion, which brings luck. He is also the god of speech and intelligence”.

“Although this specific object hadn’t been on its registers, the Archaeological Service conducted the necessary scientific documentation presenting such compelling evidence, that the British auction house Bonhams was obliged to withdraw the Hermes head from its auction last October” Mr. Xydakis said, adding that very often sellers claim that an object has been acquired before 1970 –a date determined by the 1970 UNESCO Convention–, in order to make the tracing of the illegally exported antiquities more difficult. As an example of this prior to 1970 dating he mentioned the small terracotta figurines auctioned by Sotheby’s, which are described as coming from Amphipolis though there is no evidence leading to this conclusion, as the Minister said.

Referring to the international declaration against the illicit trade of cultural goods, an initiative proposed by Greece and adopted unanimously during the 3rd Meeting of the states parties of the UNESCO Convention, which recently took place in Paris, Mr. Xydakis said that “Without exaggeration, in the field of culture, Greece is a superpower. It is a pioneer in the legislative initiatives for the protection not only of Greek but also of global culture and this is internationally recognized. As for the Greek archaeologists, they excel at tracing illegally exported antiquities”.