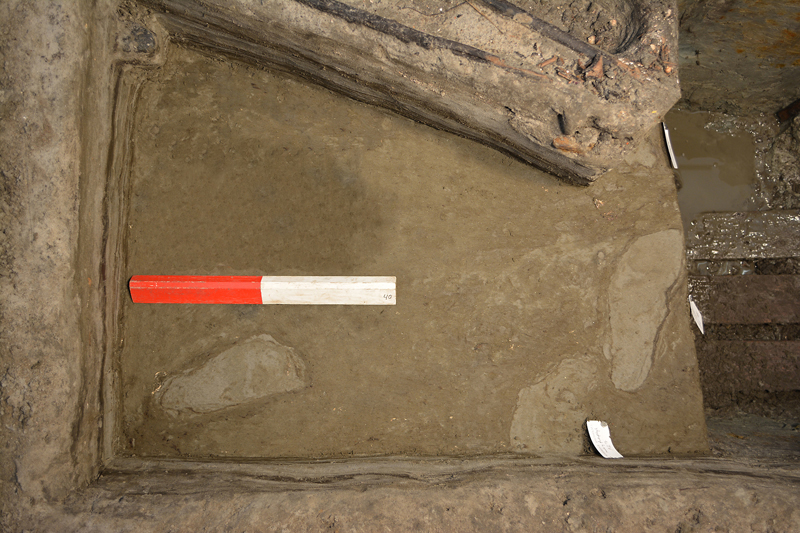 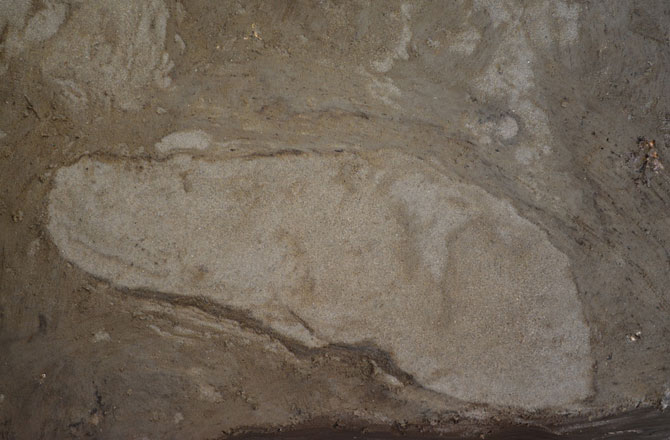 5,000 year-old footprints  were discovered by archaeologists from the Museum Lolland-Faster in Denmark during the excavations for the future Fehrman Belt Fix Link giving insight into people’s daily lives.

The footprints were found around a several meters long system of gillnets on stakes.

The find is considered unusual. Normally, archaeologists find tools or ceramics. This is a completely different trace from the past. “We are familiar with animal footprints, but as far as I know, we have never come across human footprints in Danish Stone Age archaeology before” Terje Stafseth, archaeologist in the Museum Lolland-Falster.

The footprints show that people were trying to save parts of the fixed gillnets before the entire capture system was flooded and covered in sand. Judging from the footprints and their size at least two people stepped out into the swampy seabed to save whatever thez could and then set up the fixed gillnet on stakes some distance away. The sand from the flooding has left clear footprints for future archaeologists, both on the surface and at depth, where they are sunk in.

“The investigations have shown that Stone Age people repeatedly repaired and actually moved parts of the capture system so that it always worked and that it was placed optimally regarding the coast and the currents. We are able to follow the footprints and understand the importance of the capture system, which would have been a significant element for the coastal population and worth maintaining” Stafseth said.

This discovery has made the excavations much more personal, as the direct imprints from ancient human activities can be related to a specific event – like a storm, which destroyed the fixed gillnet.

The excavations in the area haven’t been completed, so Museum Lolland-Falster hopes that further investigations will reveal more information.