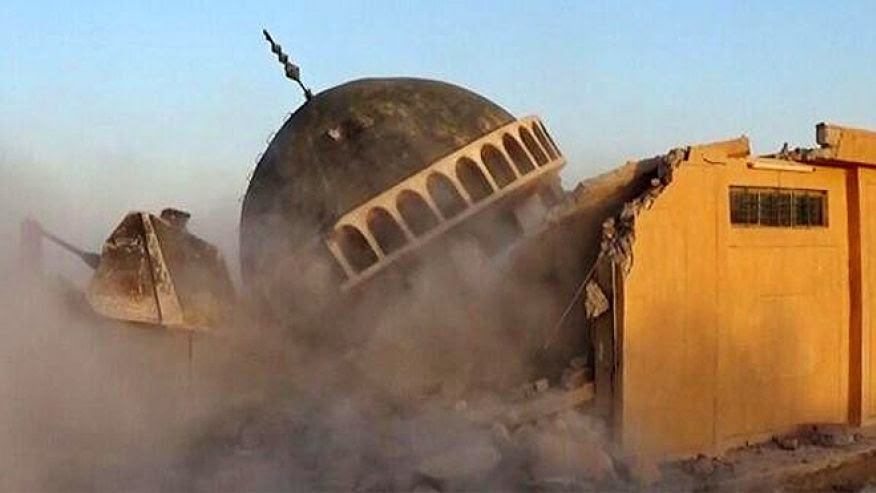 Launch of global Unite for Heritage Coalition in Bonn

The Director-General of UNESCO, Irina Bokova, launched the Global Coalition, Unite for Heritage, during the 39th session of the World Heritage Committee meeting in Bonn, Germany, on June 29, 2015. The campaign is designed to strengthen the mobilization of governments and all heritage stakeholders in the face of deliberate damage to cultural heritage, particularly in the Middle East.

“The threat is global and our response must be global. It requires better coordination among national services, the exchange of information among States. Nothing can replace, in this area, the action of governments,” declared the Director-General in the presence of Maria Böhmer, Chairperson of the World Heritage Committee; Adel Shershab, the Iraqi Minister of Tourism and Heritage; Tim Morris, Executive Director of Police Services, Interpol; Gustavo Araoz, President of the International Council of Monuments and Sites (ICOMOS) and Markus Hilgert, Director of the Museum of the Ancient Near East in Berlin.

“Our main challenge is to succeed in getting all the players involved in this struggle to work together: police, customs officials, museums, governments, actors from the cultural, humanitarian and security sectors, civil society and the media. We need to create new alliances to meet the challenges of violent extremism,” the Director-General said.

“The launch of this coalition marks a major step in our struggle against the destruction of cultural heritage in Iraq and in the rest of the world,” declared Mr Shershab.

During the morning, the World Heritage Committee adopted the Bonn Declaration on World Heritage which condemns “the barbaric assaults, violence and crimes committed in recent times by the so-called Islamic State of Iraq and the Levant (ISIL), also known as Daesh, against the cultural heritage of Iraq, including the World Heritage site at Hatra, which recalls mindless destructions in Bamiyan, Timbuktu and elsewhere.”

The Committee also expressed deep concern for other sites such as Palmyra (Syria) or the Old Town of Sana’a (Yemen). The Declaration recommends that heritage protection be included in the mandate of peacekeeping missions where appropriate. It also calls on UNESCO to enhance its international leadership in coordinating the response to the protection of heritage in the event of armed conflict or natural disaster.

“The Bonn Declaration adopted by the World Heritage Committee bears witness to a shared will to protect heritage properties from all threats,” Ms Böhmer said. “This is an important text which speaks to States as well as to civil society. Iraq and other countries under threat do not stand alone. We will help them,” the Chairperson of the World Heritage Committee added.

The Global Coalition Unite For Heritage aims to mobilize players beyond the cultural and heritage communities. It seeks to sensitize the general public and young people in particular to culture’s unifying force. It expands on UNESCO’s efforts to coordinate technical work among different specialized agencies and institutions, and on the social media campaign to mobilize young people and civil society at large.

During a visit to Baghdad in March this year, Ms Bokova launched the social media campaign #Unite4Heritage. UNESCO also brought together all the heads of organizations involved in the fight against illicit trafficking to speed up the implementation of United Nations Security Council Resolution 2199, which bans the trade in cultural objects from Syria and Iraq.

Also on June 29, 2015 in Bonn, the chairs of UNESCO’s six cultural conventions are meeting for the first time to reinforce synergies among their various legal instruments and coordinate their work.