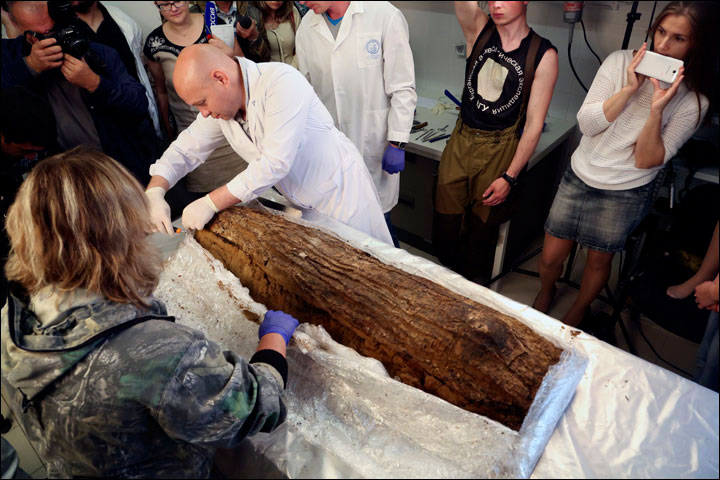 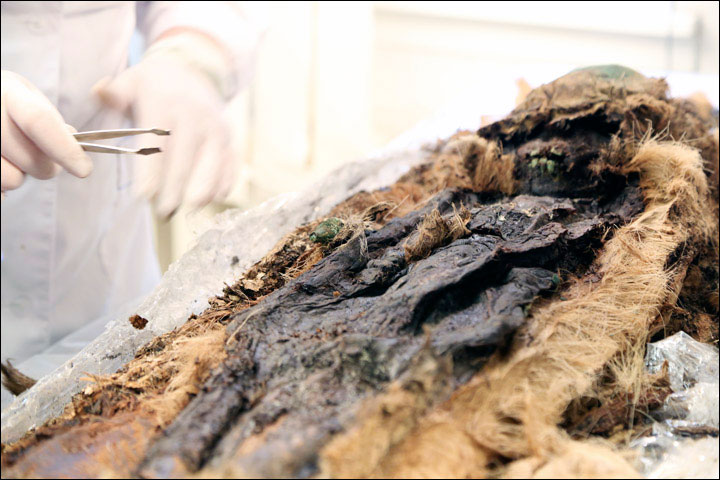 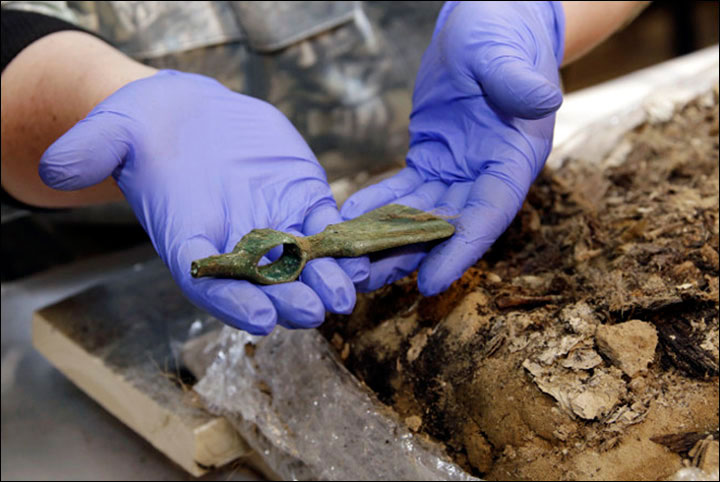 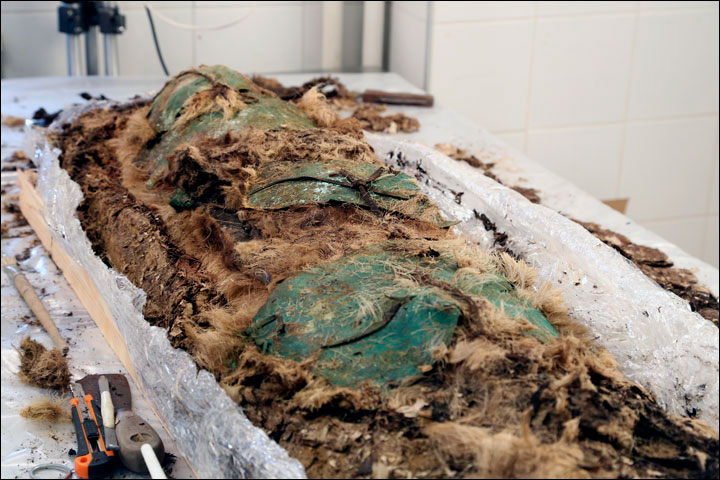 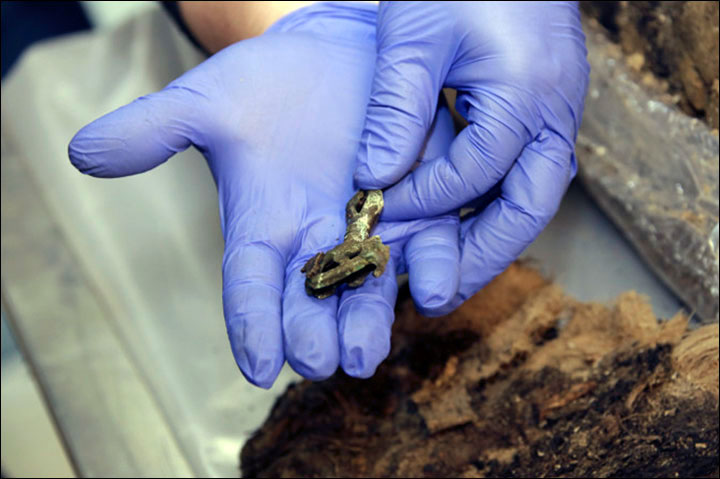 The remains are probably of an upper-class child

The recently discovered birch bark coffin at Zeleny Yar necropolis, near Salekhard, has been opened and scientists have indeed found a mummified body within. The remains are those of a child and were covered in copper in the birch bark, which along with the permafrost lead to the accidental mummification. Finds at the necropolis had revealed an unknown medieval civilisation with links to Persia.

The birch bark coffin had been discovered earlier this month and carefully removed and taken to the Shemanovsky Museum in Salekhard to be studied and opened. After an MRI scan, scientists opened the birch bark cocoon, revealing the remains of a child about 6 to 7 years old. They presume it was a boy, because they also found with the body a small bronze axe and some unidentified sharp tool; plus all the other bodies discovered at the spot, with the exception of an infant, were also male. The body was covered with copper or bronze plates on the face, chest, abdomen and groin, bonded with leather cords.

The remains were covered in two layers of fur, one of reindeer and another which has not been identified yet. Between the two layers, apart from the axe and tool there was also a bronze pendant in the form of a bear and temple rings made of bronze. The items show that the child was probably of a higher social rank, as it could not have been poor nor from the lower strata of society.

The burial is different comparing to other child burials from the site. Although all the other children were also wrapped in fur and had no other clothes, and were buried in a wooden sarcophagus, this is the only one which is oval shaped and which includes many things buried along with the boy.

Scientists will further investigate the mummy and conduct another MRI to reveal more information that might help identify more on this rare culture.