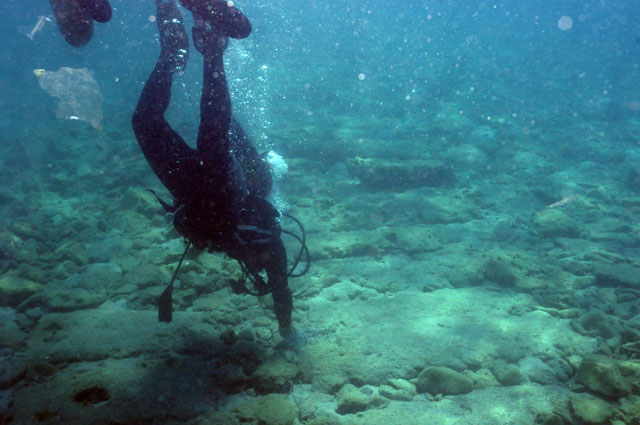 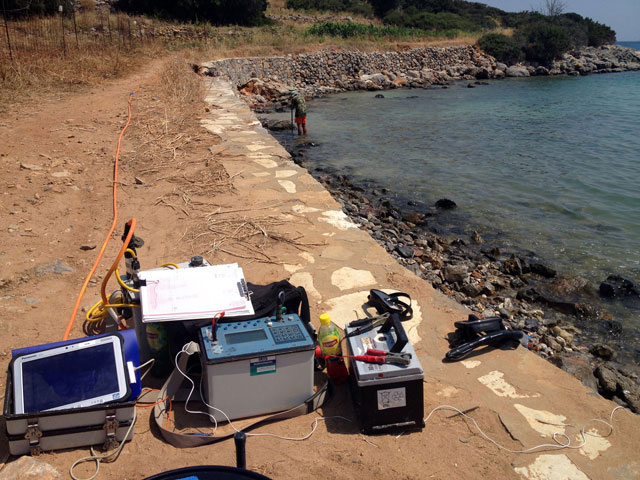 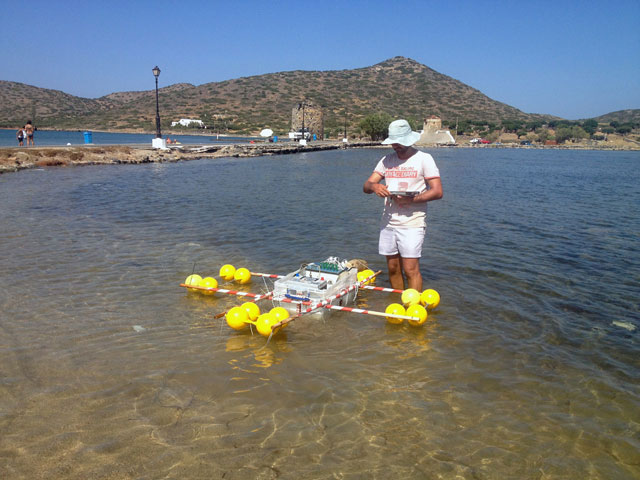 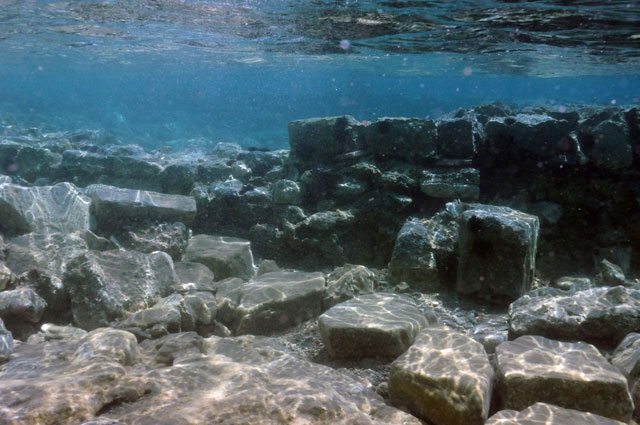 On July 21-23 and August 3-7, the Ephorate of Underwater Antiquities in collaboration with the Institute of Mediterranean Studies have conducted an underwater and coastal survey in Agioi Theodoroi (Niros or Kokkini Hani), Istron (Kalo Horio, Lasithi) and the area of Poros, Elounda (ancient Olous) by using methods of geoinformatics.

During the survey the geophysical methods of electrical tomography and magnetic mapping as well as extended topographic mapping were used. The results of the explorations are expected to be obtained after completion of the data processing.

In Agioi Theodoroi, the exploration with electrical tomography was carried on within the cutting which had been identified by S. Marinatos as a Minoan dockyard. Some complementary pits to those of 2014 were opened and seismic methods of exploration were used combined with topographical and photographic mapping of sunken Minoan architectural remains, belonging to a building complex with particularly strong foundations.

In Istron a sunken building was investigated, lying at the bay on the east side of the Agios Pandeleimonas Cape. The building might be a shipshed. Furthermore, architectural remains on the western side of the Karavostasi bay have been surveyed.

In Poros, Elounda, surveys with magnetical methods have been conducted at the coastline of the bay, south of Poros. The northeastern inlet of the same bay has also been investigated with the use of electrical tomography. Also, during an underwater survey an abundance of building parts have been located and mapped south and north of the strip of land that connects Crete to the Kolokytha Peninsula. The remains can be attributed to significant public buildings, on the basis of their building materials, dimensions and masonry. Furthermore, part of the sunken fortification wall of the ancient city was located in the south and possibly the foundations of two fortification towers in the north. The overall study of the results is expected to shed light on the topography of ancient Olous, concerning not only the size of the city but also the question why this particular location was chosen and how it affected the city’s growth.