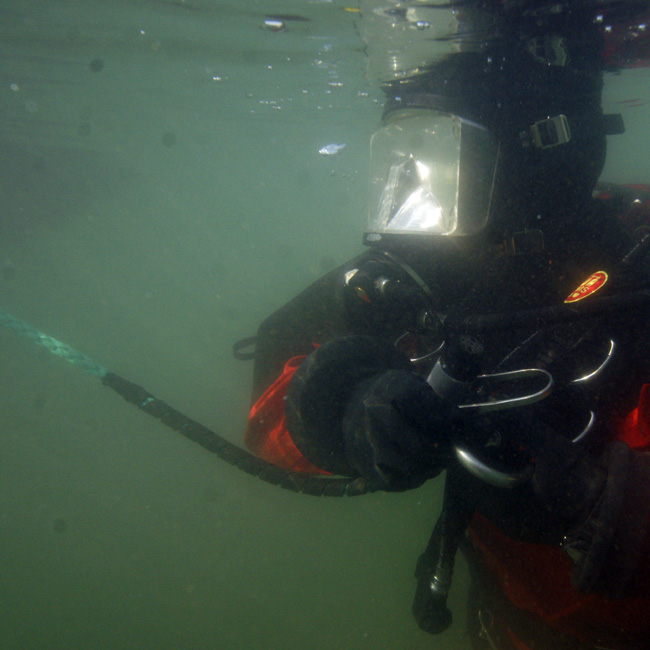 Important finds at the ancient harbours of Zea and Mounichia

Important finds came to light during 2010-2012 at the ancient harbours of Zea and Mounichia (modern Mikrolimano), in the framework of the Zea Harbour Project, a land and underwater archaeological investigation conducted by the Danish Institute in Athens and the Ephorate of Underwater Antiquities.

At the Mounichia harbour the remains of six shipsheds were excavated, dated to the end of the 6th-beginning of the 5th century BC. The shipsheds stretch 35 m. from the modern coastline and are submerged down to a depth of more than 2 m. Their width, reaching 6,2 m, renders them monumental not only in size but also as constructions. Part of the side wall has been revealed – 10,3 m long and 1,6 m wide. The colonnades extend for 27,2 m, and each column base’s dimensions are 1,6×1,6 m.

The shipsheds were built during the early years of the Athenian Democracy period. The possibility that some of the trirems which took part in the naval battle of Salamis against the Persians in 480 BC, as well as the ships of the Delian League were housed in these shipsheds is of great interest.

At the ancient harbour of Zea the remains of seven unroofed slipways were excavated, each 8 m wide. These were most likely storage rooms for bigger battle ships (quinqueremes). These imposing warships, which had an estimated length of 45 m and a crew of 377 men, were used for the first time in the Athenian navy around 320 BC, at the dawn of its golden era.