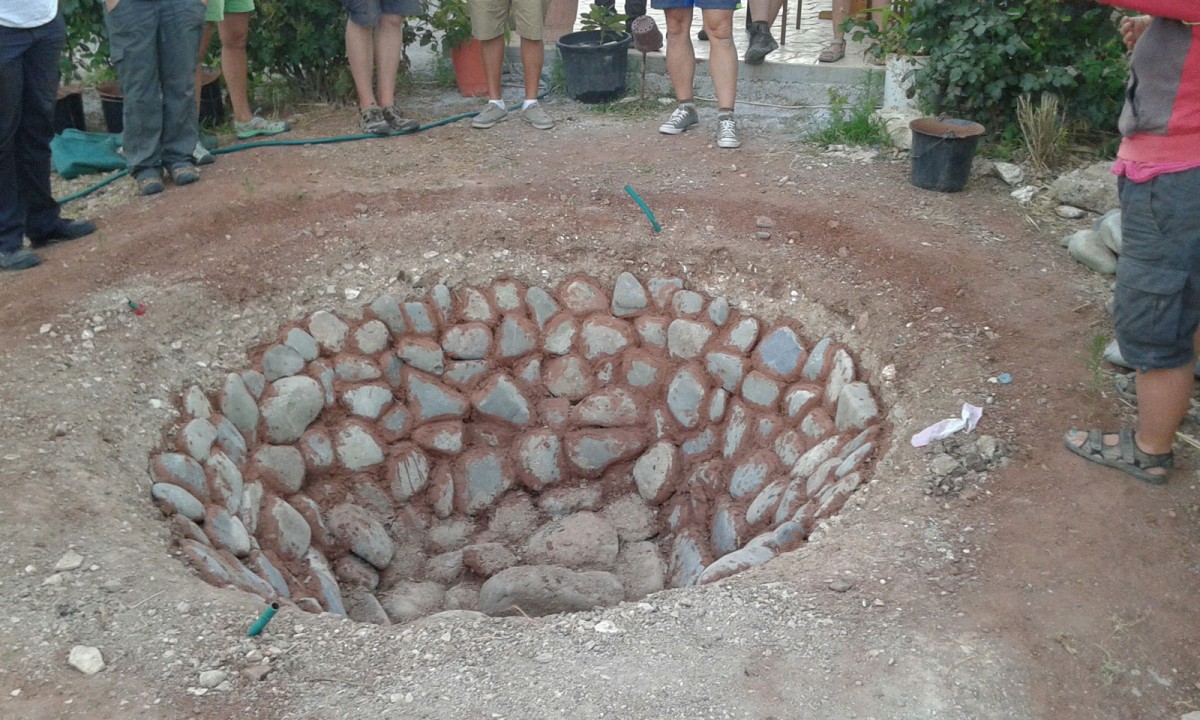 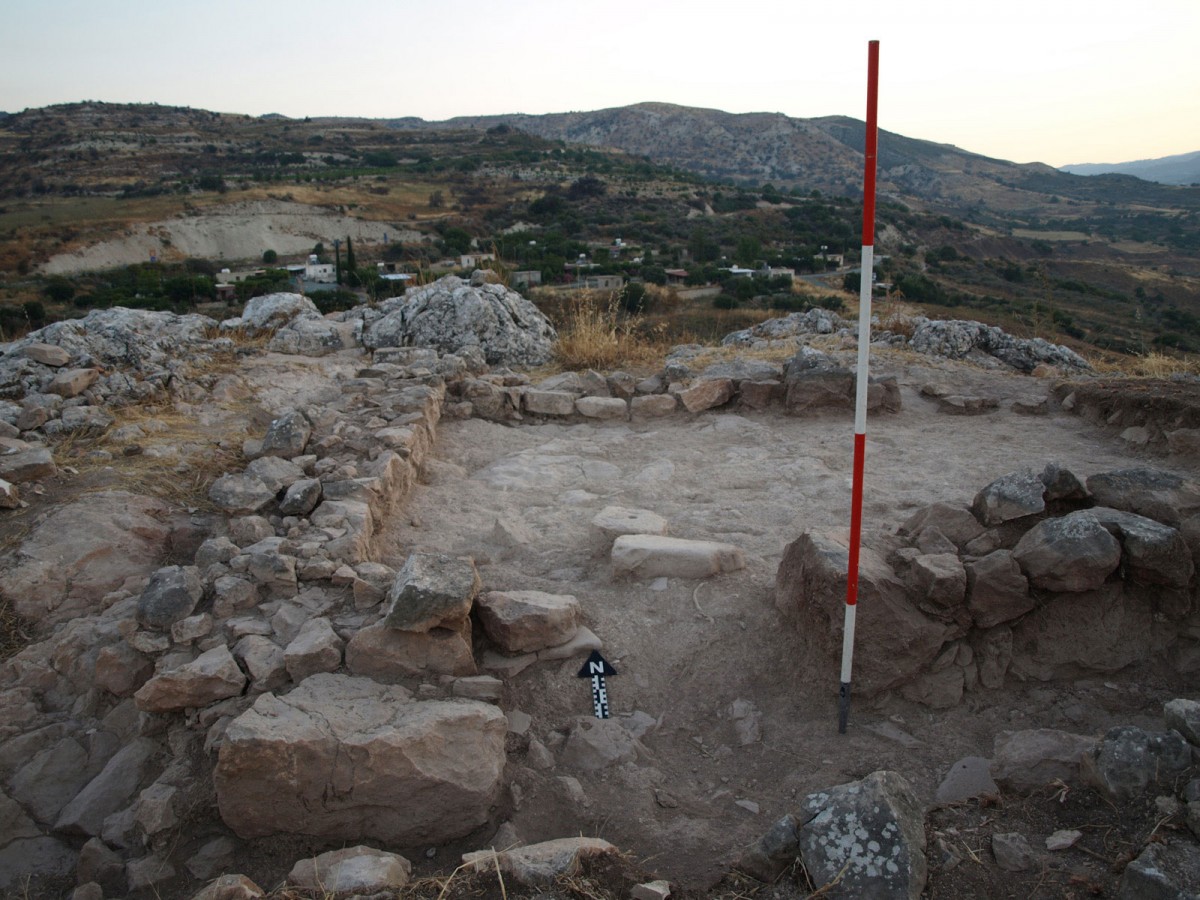 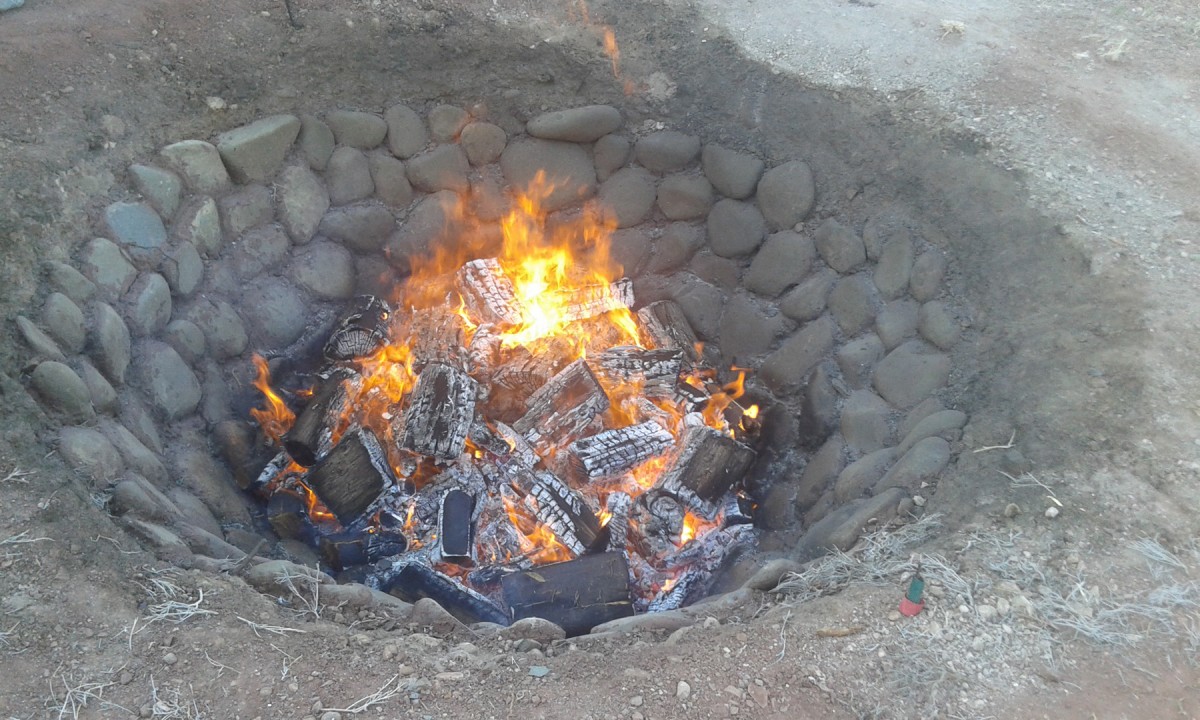 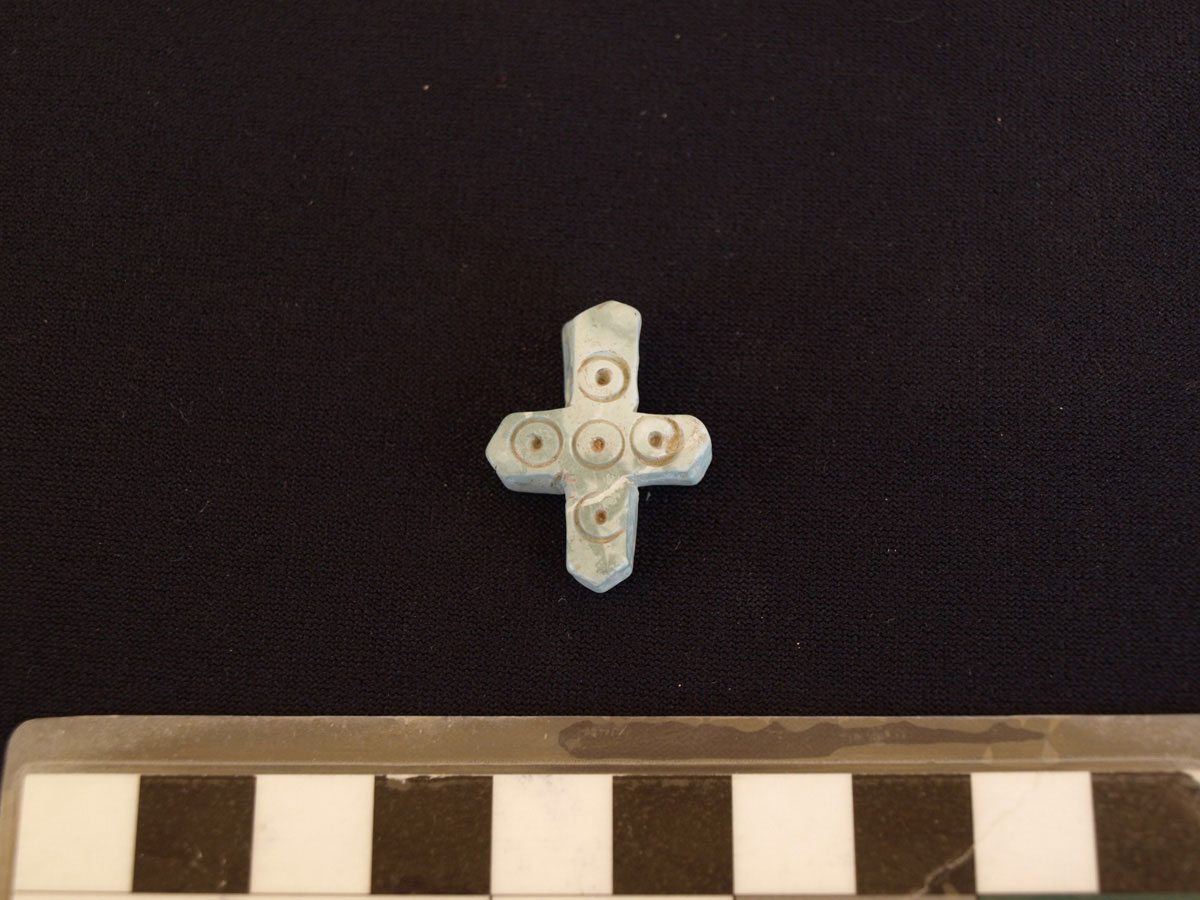 Experimental archaeology at the Prastio-Mesorotsos site

Accompanying the excavation of these ancient cooking installations at the site

The prehistoric remains at the Prastio-Mesorotsos site, where 2015 investigations have been completed, show an early phase in the pre-ceramic Neolithic period when the site was probably seasonally inhabited. Attributed to this phase, a large (2.5-3m diameter) pit-oven and a smaller-scale domed oven were previously discovered, and in 2015 more evidence for their use and function in the ancient community were excavated.

The excavation of these ancient cooking installations was accompanied by a simultaneous experimental archaeology project that resulted in a replica pit oven being built at the restaurant located adjacent to the site. In this oven an authentic Neolithic-style feast for nearly 200 guests took place in order to test the hypothesis that the ancient oven had been used for large-scale cooking and intercommunity feasts. The experiment demonstrated that not only was cooking almost certainly the original function of the ancient stone-lined pit, it managed to roast meat for a large group and could have easily doubled the capacity.

More remains of occupation throughout the Neolithic and Chalcolithic periods, with a stratified sequence showing a continuous inhabitation throughout most of the prehistoric periods was revealed. Likewise, more evidence for the transition between the Chalcolithic and Bronze Ages came to light, with a great deal of both Late Chalcolithic and Early Cypriot ceramics being found in close proximity to one another, and stratified contexts for both periods that require further investigation and future seasons. In the Bronze Age, the transition from the Early Cypriot to the Middle Cypriot seems to have been significant, with sophisticated architecture, terracing and town planning being introduced before the site was abandoned before the Late Cypriot period.

The site was resettled in the Iron Age and continued to be occupied into the Late Roman and Byzantine periods. At the top of the rocky outcrop around which the site is situated, a previously excavated building was further investigated in 2015, revealing more evidence relating to its construction, use and final abandonment around the 13th-14th century AD. Although painted wall plaster found in the rubble fill of the building suggests an ecclesiastical connection, it was unlikely to have been a simple chapel, as there are large numbers of domestic artefacts from the Late Roman throughout the Byzantine and Frankish periods indicating sustained inhabitation here. The combination of ecclesiastical remains and domestic activities indicates that this was probably a hermitage. Significantly, and demonstrating the long-lived nature of this site, in the threshold of the building the team discovered a picrolite ornament, originally made in the Bronze Age (as seen in the dotted-circle pattern typical of this era), recut during the Byzantine period into a Christian cross.

The excavations at the multi-period site of Prastio-Mesorotsos in the Pafos district were conducted by the University of Edinburgh from the 3rd of June to the 8th of July 2015. The team is led by Dr. Andrew McCarthy, Fellow of the School of History, Classics and Archaeology at the University of Edinburgh, and Director of the Cyprus American Archaeological Research Institute (CAARI). The project involves the cooperation of an international team of specialists and field school students. The long-lived site has revealed a remarkable sequence of prehistoric and historic period remains. This season the project uncovered traces of the pre-ceramic and ceramic Neolithic, the Chalcolithic period, the Early and Middle Cypriot Bronze Age and the Byzantine and Frankish periods.