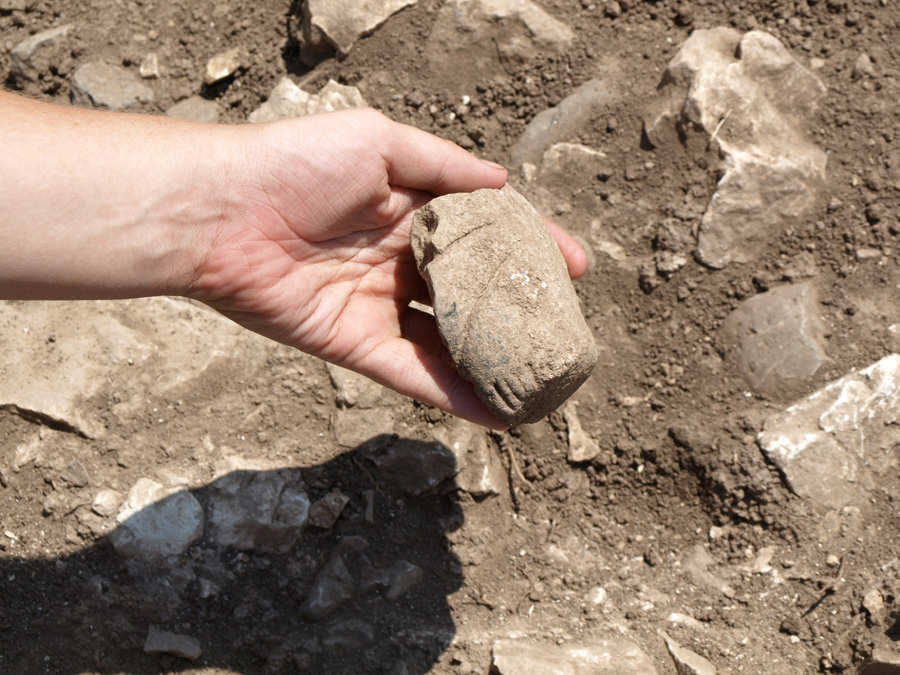 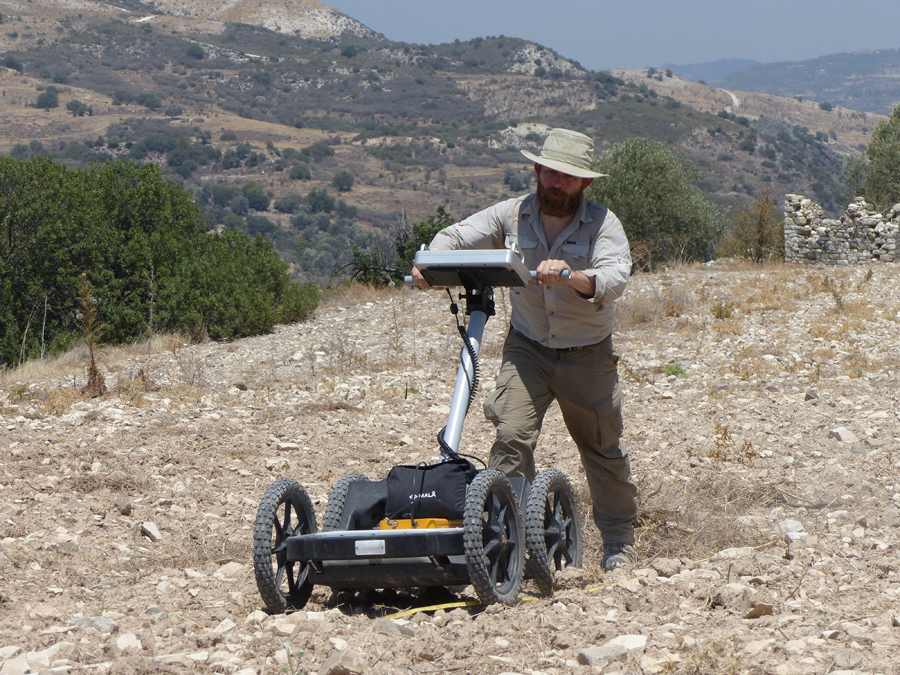 Ritual pit complex revealed at the site of Prastio-Mesorotsos

In the ninth season of excavations at the site of Prastio-Mesorotsos in the Pafos district, the team excavated in four areas, exposing prehistoric remains from the Neolithic, Chalcolithic and the Early and Middle Bronze Ages, as well as a small area of Late Roman/Byzantine occupation. Additionally, this season a survey and geophysical prospection of an area on the opposite bank of the Dhiarizos River, near the abandoned village of Prasteio, was conducted.

The earliest evidence for the use of the site dates to the Pre-Pottery Neolithic period. In 2016 the team excavated a remarkable set of shallow pits, many of which contained special broken objects placed in a ritualistic manner, including picrolite objects, stone vessels and human remains. The earliest of these pits date to the Pre-Pottery Neolithic period (PPN) and the latest to the Late Neolithic. In 2016 the team continued to excavate this pit complex, exposing pits from the Late Neolithic period. In the fill of one of these pits a fragment of an anthropomorphic figurine made of unfired clay was found. The fragment shows incisions indicating five toes and half of the pubic triangle, suggesting a probable female form of which only the left leg remains (fig. 1). This find reaffirms the special nature of the pit complex where broken objects were ritually placed and the attests the consistent use of this area from the PPN to the Late Neolithic.

In previous seasons the team discovered a series of Early Bronze Age roundhouses, unusual for the period, which show continuity from the preceding Late Chalcolithic period. A significant architectural and social change seems to have occurred near the end of the Early Bronze Age and the start of the Middle Bronze Age. In 2016, the project continued to excavate the remains relating to this Early-Middle Bronze Age transition. It can now be demonstrated that the Middle Bronze Age architecture was built using the same basic infrastructure used to build the Early Bronze Age houses. This means that the profound social changes that took place at the site occurred in rapid succession and were likely adaptations by the same group of people rather than an influx of newcomers. This season the team also discovered that Middle Bronze Age inhabitants began to terrace and pre-plan their village layout in a more structured manner. This phenomenon of terracing can be seen in multiple places at the site, which culminated in the construction of a monumental, 1.2m wide freestanding wall. This marks a drive toward more sophistication and control of the inhabited space just before the site was abandoned at the end of the Middle Bronze Age.

As part of the 2016 campaign, in cooperation with Massachusetts Institute of Technology (MIT), Brown University and the Cyprus Institute, the team conducted geophysical prospection and surface collection of artefacts on the east bank of the Dhiarizos River, adjacent to the abandoned village of Prasteio. It is believed that the cemetery for the Middle Cypriot settlement of Prasteio Mesorotsos is located here. During this season an intensive surface collection, Ground Penetrating Radar (GPR) and magnetometry were used to investigate the prehistoric and historic-period use of this land (fig. 2). The preliminary geophysical analysis suggests that there is no extensive architecture, rather features that could be interpreted as hollows or depressions that could be consistent with tombs. These results, along with the presence of Middle Bronze Age ceramics, would support the hypothesis that this is the Middle Bronze Age cemetery for the settlement on the opposite bank of the river.

A surprise in the surface collection was the preponderance of Hellenistic pottery, not previously known from this location. Among the sherds were roof tiles from the same period, so there was likely building from this period. It is known that on the opposite bank of the river in the Hellenistic period there was a thriving settlement at Prasteio Lakries (Area II in particular), reported in previous seasons of the project. This new information strongly suggests that the Hellenistic settlement at Prasteio spanned both sides of the river at this time.

The University of Edinburgh archaeological investigations at the multi-period site of Prastio-Mesorotsos in the Pafos district involve the cooperation of an international team of specialists and field school students. The expedition is under the direction of Dr. Andrew McCarthy, Fellow of the School of History, Classics and Archaeology at the University of Edinburgh, and Director of the Cyprus American Archaeological Research Institute (CAARI). This year’s investigations took place between the 24 July to 24 August 2016.