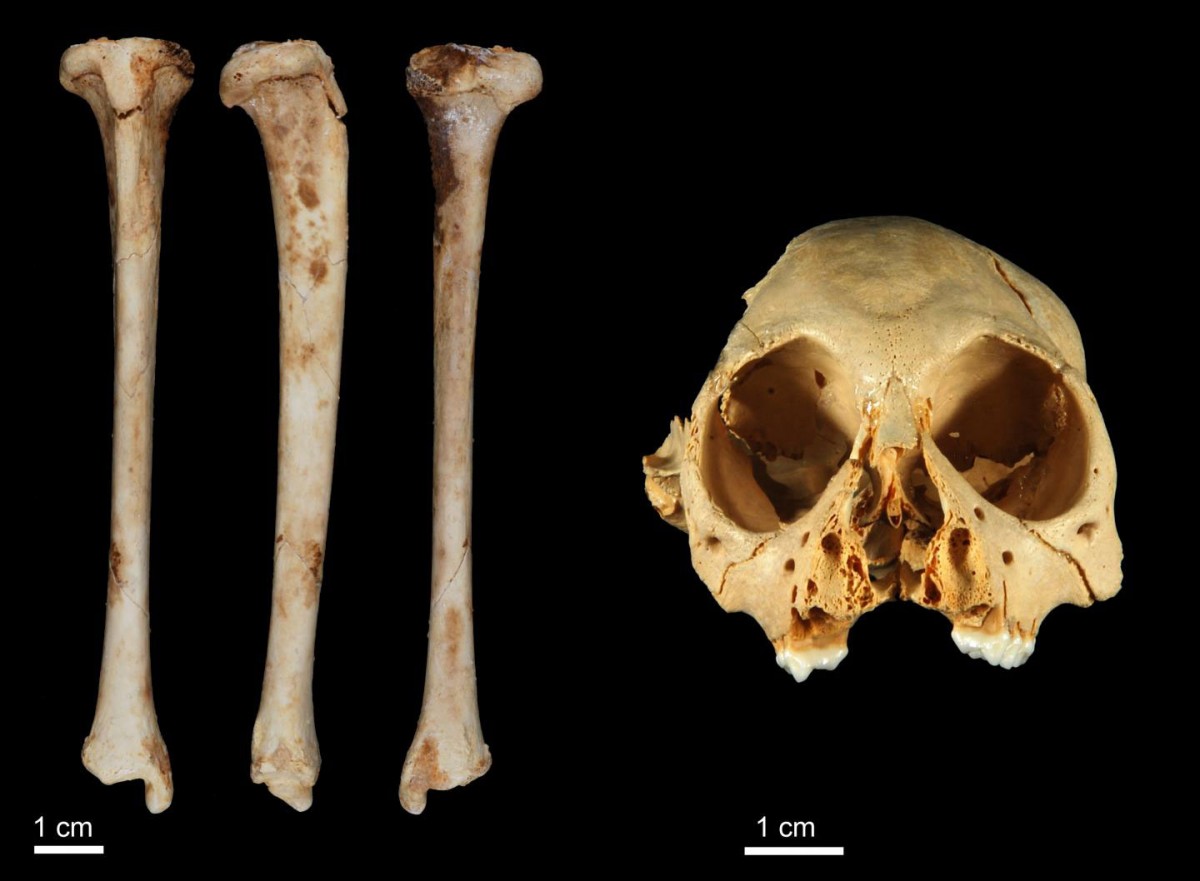 An international team of scientists, including a Grand Valley State University professor and alumni, recently discovered a species of monkey fossil the team has dated to be more than one million years old.

The discovery was made after the team recovered a fossil tibia (shin bone) belonging to the species of extinct monkey Antillothrix bernensis from an underwater cave in Altagracia Province, Dominican Republic. The species was roughly the size of a small cat, dwelled in trees, and lived largely on a diet of fruits and leaves.

“We know that there is a diverse extinct fauna on the Caribbean Islands, but dating the material has been difficult,” said Melissa Tallman, assistant professor of biomedical sciences who was involved in the discovery and analysis of the fossil. “Antillothrix bernensis is one of two species of extinct primate on Hispaniola. Previously discovered primate material has all been dated to within the last 10,000 years. This new material is morphologically consistent with the previously collected material, but is dated to 1.3 million years ago.”

The fossil was embedded in a limestone rock that was dated using the Uranium-series technique.

“When the limestone rocks are formed, uranium gets trapped in them and decays by natural radioactive processes to form thorium and lead,” Tallman said. “Scientists know the rate at which uranium decays and by measuring the amount of uranium, thorium and lead present in the rocks today, one can calculate the age of the rocks.”

Tallman, along with Andrea Morrow, ’14, used three-dimensional geometric morphometrics to confirm that the fossil tibia did belong to Antillothrix bernensis. This process helped them reconstruct how the small primate might have moved about in its environment and allowed the comparison of relatively young examples of Antillothrix bones to the newly discovered million-year-old specimens.

Tallman said since the days of Charles Darwin and Alfred Russel Wallace, scientists have long been puzzled over the age of primate fossils from this region.

“Many times when a long-lived species is discovered, there is a shift in its morphology over time,” Tallman said. “For these primates, at least in the tibia, they remained remarkably stable morphologically. They obviously adapted to their island environment in such a way that was flexible enough that it allowed them to persist for more than one million years. They were likely still around when humans first colonized the Greater Antillean Islands.”