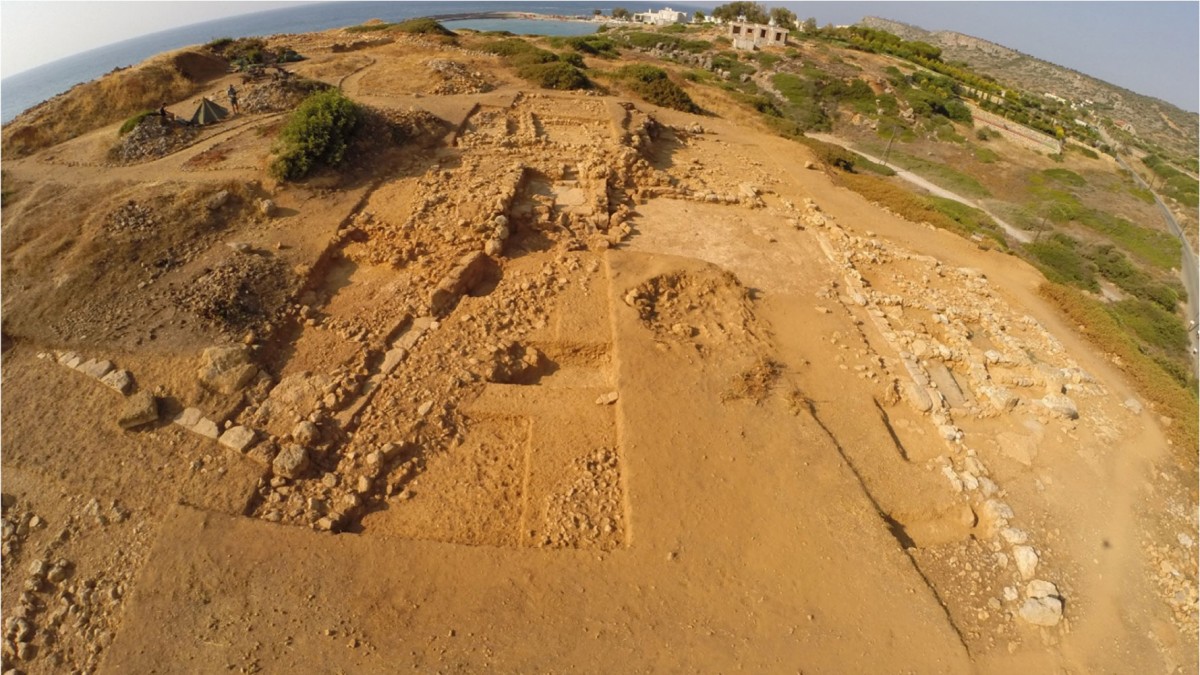 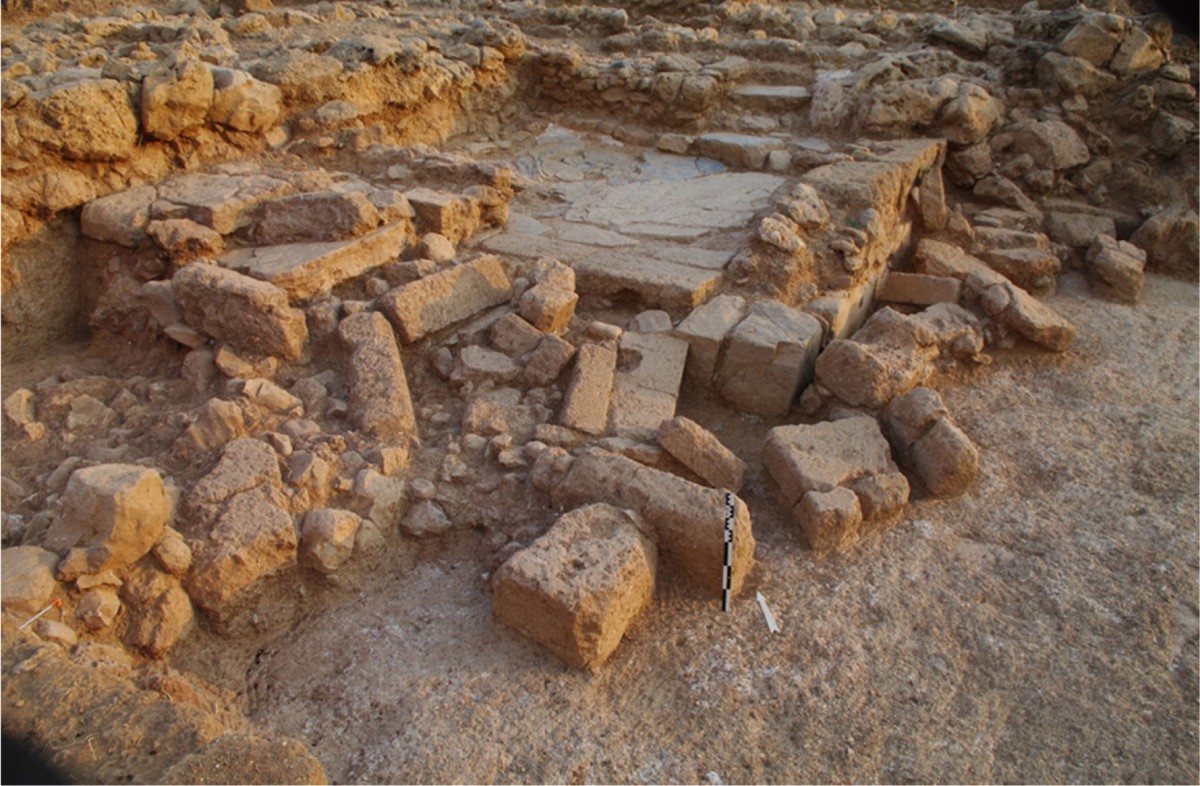 At the site Buffo on the north coast of Crete

During the summer of 2015, the Belgian School at Athens in collaboration with a team of the Université Catholique de Louvain conducted the first of a series of excavations under the direction of Prof. J. Driessen within the framework of a new five-year program on the Buffo at Sissi on the north coast of the island of Crete (Greece).

Apart from tests clarifying the earlier history of the site, under investigation since 2007, excavations focused on the exploration of a Late Bronze Age (16th c. BC) complex tentatively identified as a court-centered building during the 2011 campaign. Rather than showing an expected rectangular court with right-angled wings surrounding it, a 250 sq. m. large trapezoidal court made of a fine white plaster was partly revealed, with three wings (east, north, west), each with a somewhat diverging orientation.

The monumental façade facing this court to the west consists of a bottom course of large limestone blocks on which a second course of sandstone ashlar blocks is partly preserved. A fine paved room with plastered floors, walls, bench and basin as well as a monumental stepped platform were constructed against an Early Bronze Age (c. 2500 BC) terrace and form an isolated structure (loggia) in the northwest corner of the court.

Plastered rooms were cleared both in the west and north wing. The latter is badly preserved but comprises a double staircase, a long corridor and a room with column base and terracotta-tile floor. A small monumental structure, perhaps water-related, was also explored.

This evidence, together with that found in 2011 (an east building with long west-facing façade, a kernos located next to an entrance from the court and a bench along the north side of the court with artificial hollows) allows the identification of the entire complex as a court-centered building of c. 900 sq. m., abandoned early in Late Minoan IA (16th c. BC). The odd plan of the complex is explained as a result of the deliberate incorporation of Early Bronze Age structures and rising bedrock within the later building.