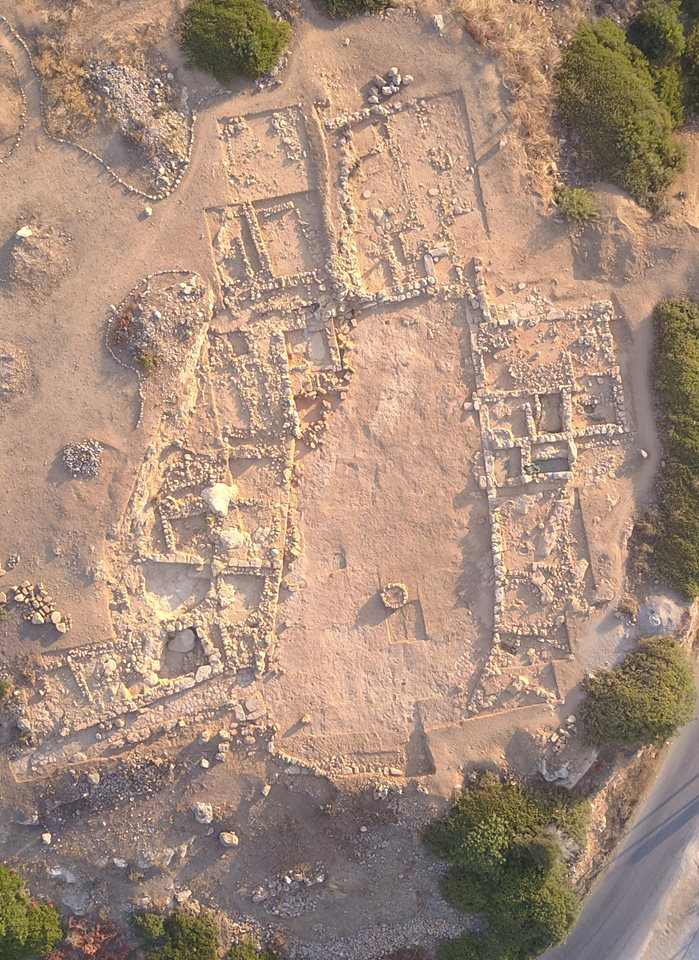 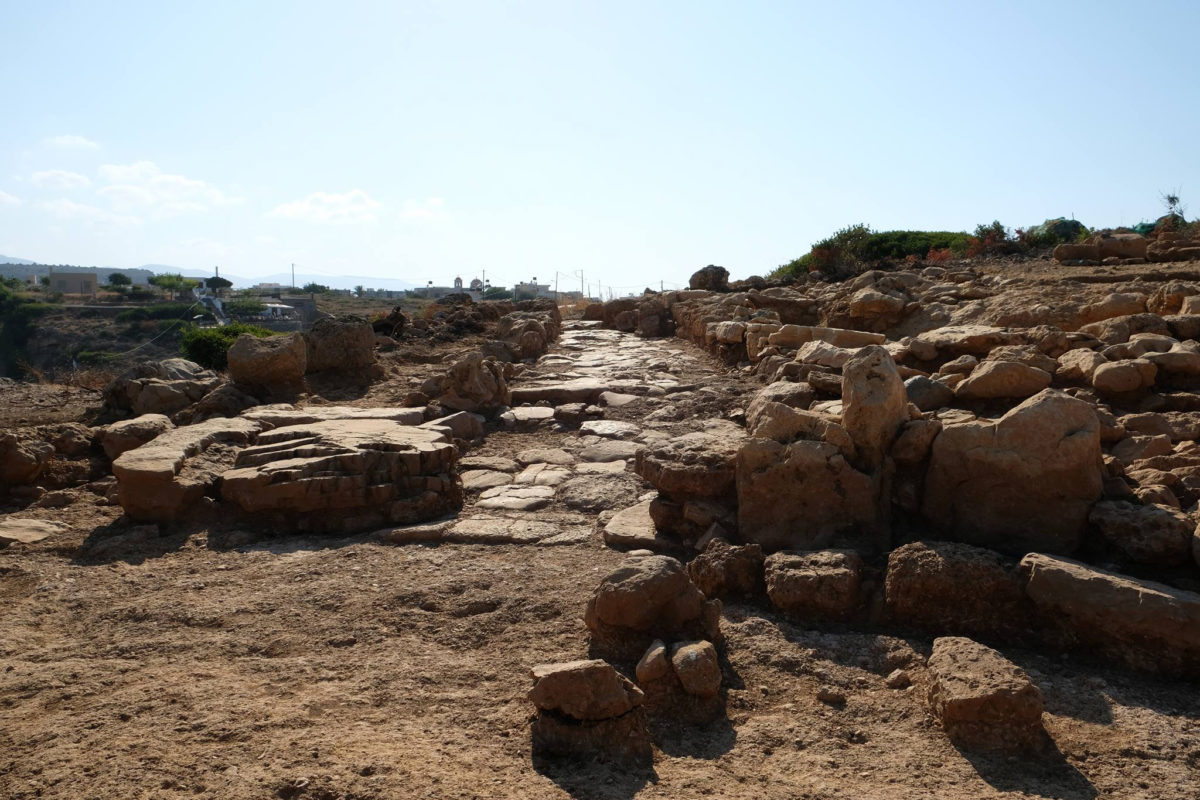 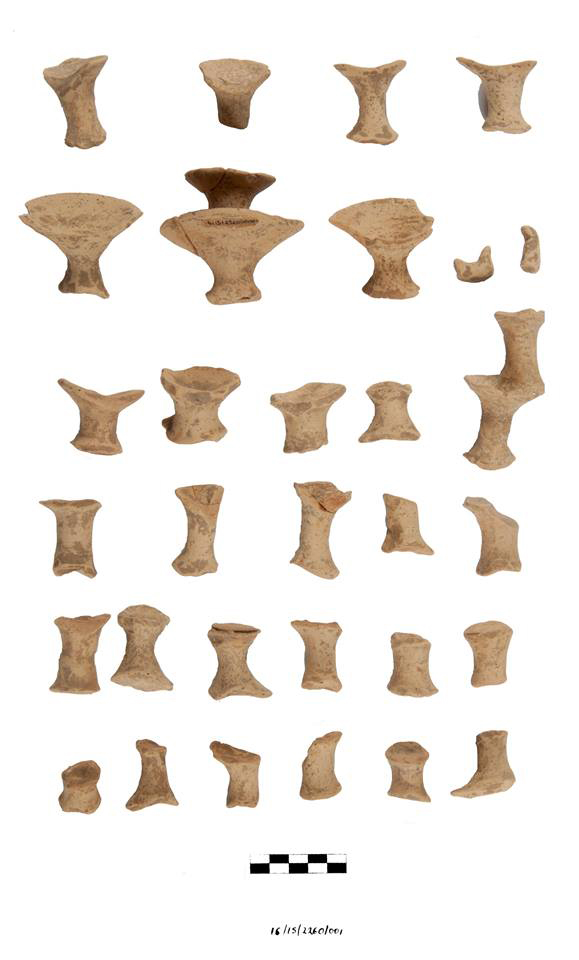 A team of the Université Catholique de Louvain under the auspices of the Ephorate of Antiquities of Lassithi and the Belgian School at Athens, aided by experts and students from many Greek and foreign universities, continued the excavation of a monumental court-centered building on the Kephali-hill at Sissi (Lassithi, Crete) during the summer of 2017.

The entire complex largely dates to the Neopalatial period of the Minoan civilization, roughly the 16th c. BC, and was abandoned close in time to the Santorini eruption, ash of which was found within the building. Started in 2015, we finally achieved the clearance of the plastered central court, which is seen to have a maximum size of 16.50 by 33 m. Several ritual installations are found on and along this central court, which was directly accessible from the outside to the southwest via a finely paved corridor with ashlar walls. The excavation further revealed large parts of the east and west wings of the complex; the latter also comprises a circular water-collecting basin with an associated subterranean cistern.

The excavation further identified an early phase of Mycenaean occupation (end of 15th c. BC) within the settlement while the exploration of the cemetery was continued.