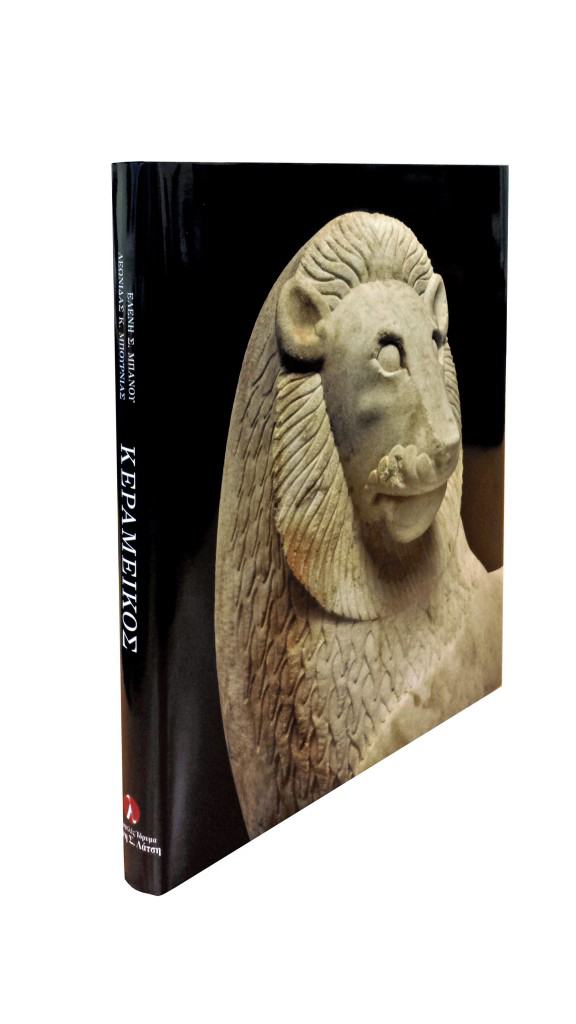 “The famous Deme of Kerameis, Kerameikos, extended over the small Eridanos River valley in Athens, in Thucydides’ ‘most beautiful suburb’. Here many generations from Prehistoric times down to Late Antiquity buried prominent citizebs, honored warriors, vigorous young athletes, beautiful aristocratic women and venerable priestesses, erecting tomb monuments of great beauty which for centuries imposed remembrance on oblivion, until they too were buried in Attic soil before coming to life once more thanks to archaeological excavations. Along the Dromos and the Demosion Sema, the Athenian state honored its dead with funerary orations and games, and its gods with brilliant celebrations, particularly the city’s patron goddess Athena, who was honored in the costly procession of the Great Panathenaia, which set out from the Pompeion in the Inner Kerameikos. Here too, the newly-created Athenian democracy in the fifth century BC left testimonials to one of its powerful “weapons”: ostracism. All the ideals, values, the spirit of ancient Athens―of all of ancient Greece, we could say―as these are revealed to us through the renowned funerary sculptures and epigrams, as well as by exquisite Attic vases, are concentrated in the Kerameikos.

“In structuring the chapters in this volume, we considered one important element: the wall of ancient Athens, which defined and shaped the character of the site and its uses. Until the Persian Wars, the Eridanos valet was a large, quiet cemetery containing some humble pottery workshops that have left no traces. After the building of the wall and its two most important gates―the Sacred Gate and the Dipylon―at this location, the city was secured and acquired an imposing ‘face’ towards the West, urban planning components sporting impressive structures, and its most formal cemetery. Parallel with the description of the monuments, we endeavor to integrate them into the broader context of the city’s history. The experience of the archaeological site is complemented by exhibits in the small archaeological museum, which contains masterpieces of sculpture and the potter’s art”.

(From the authors’ foreword)