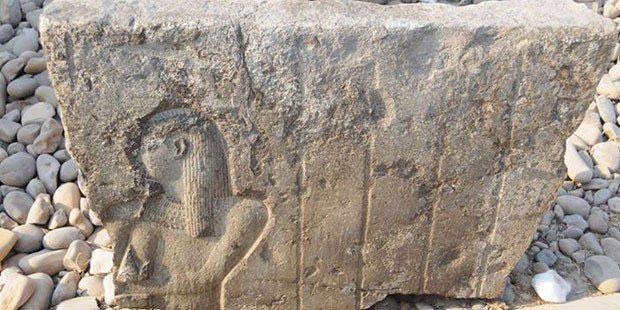 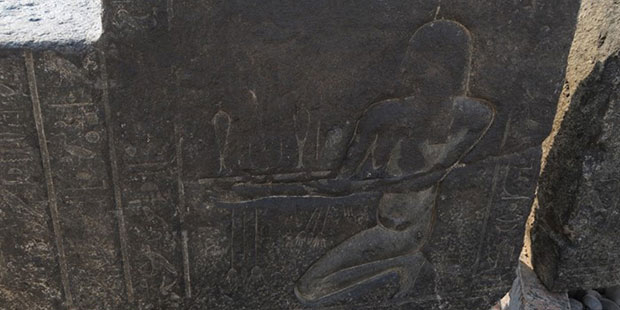 Ruins of a 2,400 year-old shrine beneath modern Cairo

The temple is attributed to Pharaoh Nectanebo I

Egyptian and German archaeologists discovered the ruins of a 2,400 year-old shrine beneath Cairo’s modern district of Mataria.

The mission unearthed remains of a limestone colonnade and a well-preserved ceiling that are thought to have been a part of an ancient Egyptian temple surrounded by a mud brick enclosure wall. A royal bust of Pharaoh Merenptah, dated back to the New Kingdom (1580 B.C.-1080 B.C.) was also discovered in the area. The finding spot has been identified with the location of the ancient capital city of Heliopolis, or Iunu, Egypt’s most ancient capital city.

“The finds were discovered during the ongoing excavation work carried out by an Egyptian-German archaeology mission. The shrine belonged to the 30th Dynasty Pharaoh Nectanebo I (379 B.C.-360 B.C.)” according to Antiquities Minister Mamdouh el-Damaty.

Nectanebo I was the founder of the 30th Dynasty, which was the last Egyptian royal family to rule Egypt before it was conquered by Alexander the Great in 332 B.C. He was a great builder and restorer, ordering works on many of the temples across the country.