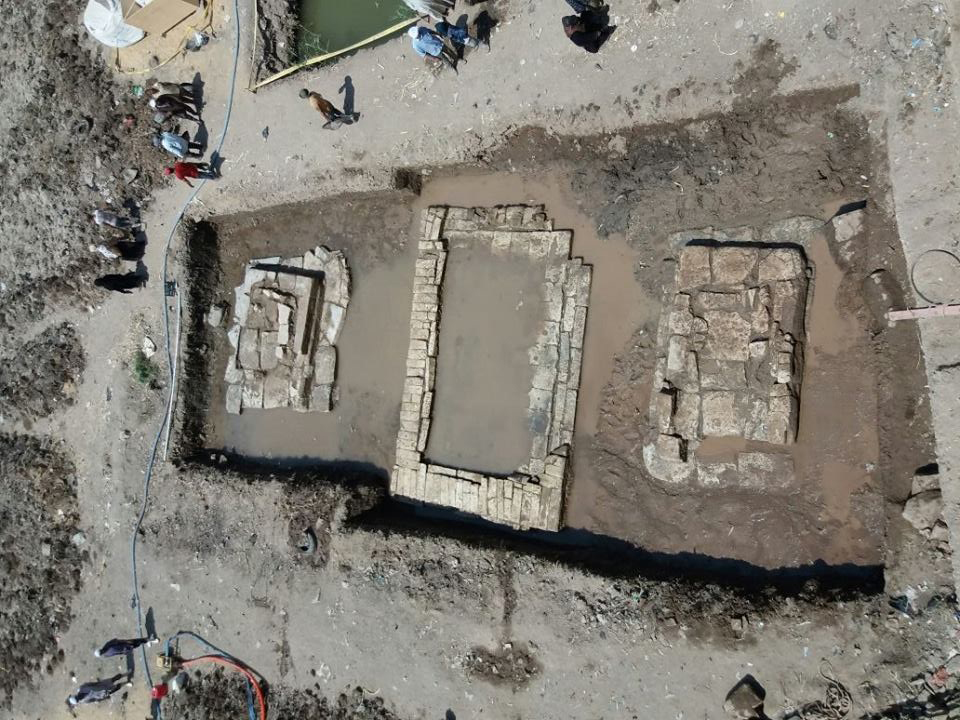 Archaeologists working in Souq al-Kharnis in the Matariya district of Egypt have uncovered a large number of fragments of the lower part of King Psmatik I’ colossus, fragments of a colossal statue of King Ramses II and part of the statue of god Ra-Hor-Akhti.

The discovery was made during an archaeological project being carried out in Matariya by a joint German-Egyptian team from the Ministry of Antiquities and the Georg Steindorff Egyptian Museum of the University of Leipzig and the University for Applied Sciences Mainz.

Dr. Ayman Ashmawy, Head of the Ancient Egyptian Antiquities Sector at the Ministry of Antiquities said “that a collection of 1920 fragments of the colossus of King Psmatik I lower part has been uncovered to the south of the location where the colossus’ upper part and base was discovered in March 2017.”

He explains that the newly discovered fragments are carved in quartzite and early studies on the site suggest that another collection of 2000 fragments of the colossus’ lower part would be revealed during the next archaeological season.

Ashmawy pointed out that the fragments depicts several parts of the King’s royal kilt, three toes and parts of the back-pillar engraved with the Horus-name of King Psamtik I.

The fragments from the statue of Ra-Hor-Akhti suggests that its original height was around 6 metres tall and is the largest to be discovered from Ancient Egypt.

Egyptologist Dr. Dietrich Raue, Head of the German team said that a fragment of a private statue of the Late Period has been also unearthed as well as granite blocks of King Ramses II colossus.