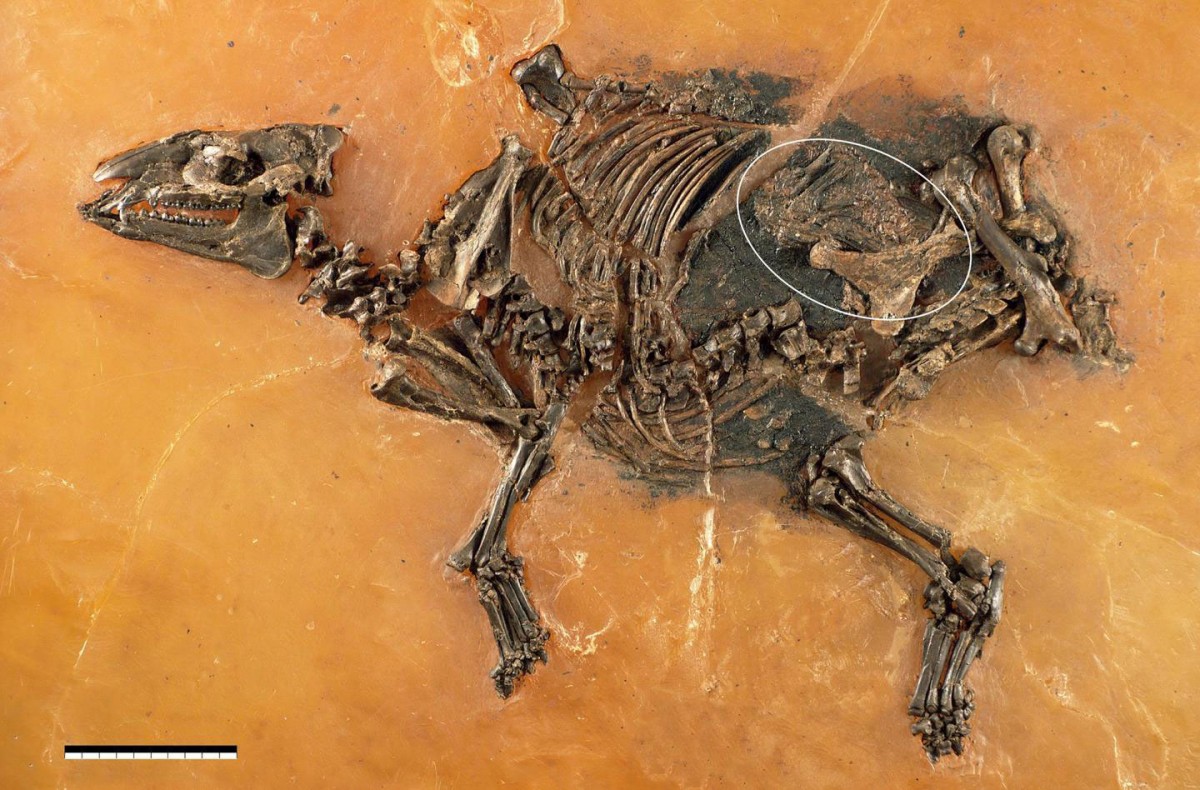 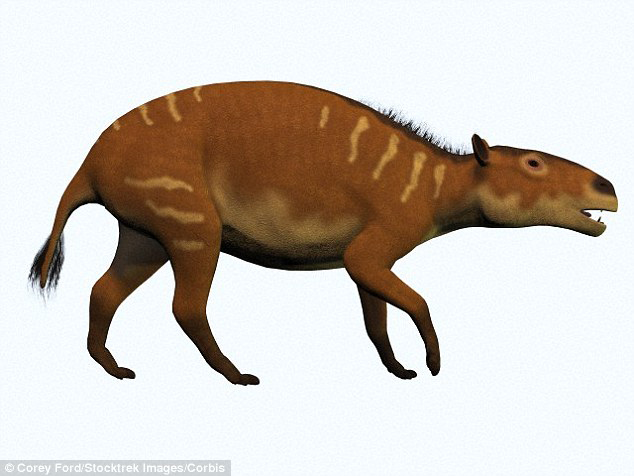 Found 15 years ago at the Grube Messel, near Darmstadt

A 48 million year-old horse-like equoid fetus, discovered 15 years ago at the Grube Messel (Germany), a locality famous for its complete vertebrate skeletons, was analyzed with micro X-rays, revealing remarkable features.

The study was published on October 7, 2015 in the open-access journal PLOS ONE by Jens Lorenz Franzen from Senckenberg Research Institute Frankfurt, Germany, and Naturhistorisches Museum Basel, Switzerland, and colleagues.

The researchers completed their investigation of the fetus from a 48 million year-old horse-like equoid in 2000. They evaluated the bones and anatomy and used scanning electronic microscopy (SEM) and high-resolution micro-x-ray to describe the ~12.5 cm fetus. The fetus appears to be well-preserved due to the oil shales at Grube Messel, which have long been known for their intricate fossils. All bones are present and connected, except for the skull, which appears to have been crushed.

The well-preserved condition of the fossil allowed the researchers to reconstruct the original appearance and position of the fetus. They estimate that the mare may have died shortly before birth, but don’t believe the death was related to birth.

The authors also found preserved soft tissue, like the uteroplacenta and one broad uterine ligament, which may represent the earliest fossil record of the uterine system of a placental mammal. Applying SEM, the authors discovered a bacterial lawn replacing the soft tissues, as is common with other specimens found in that area. The observable details correspond largely with living mares, which lead the authors to posit that the reproductive system was already highly developed during the Paleocene, and possibly even earlier.