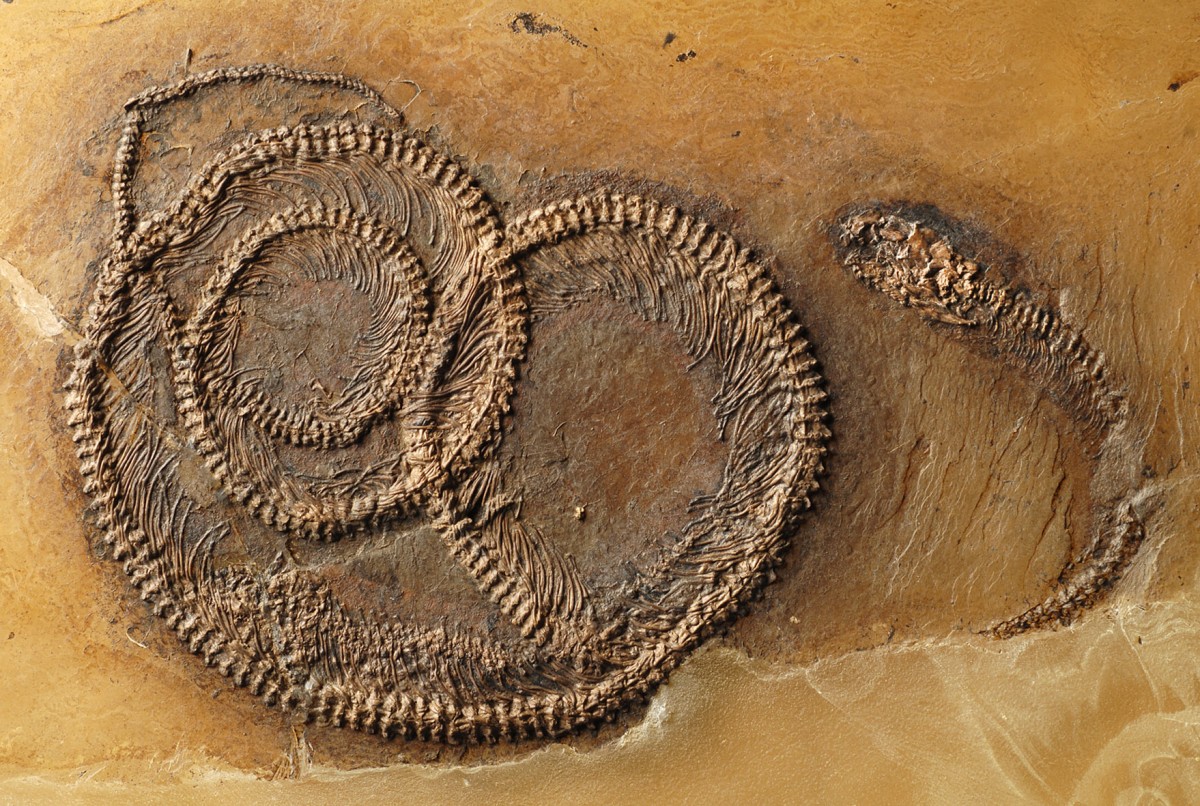 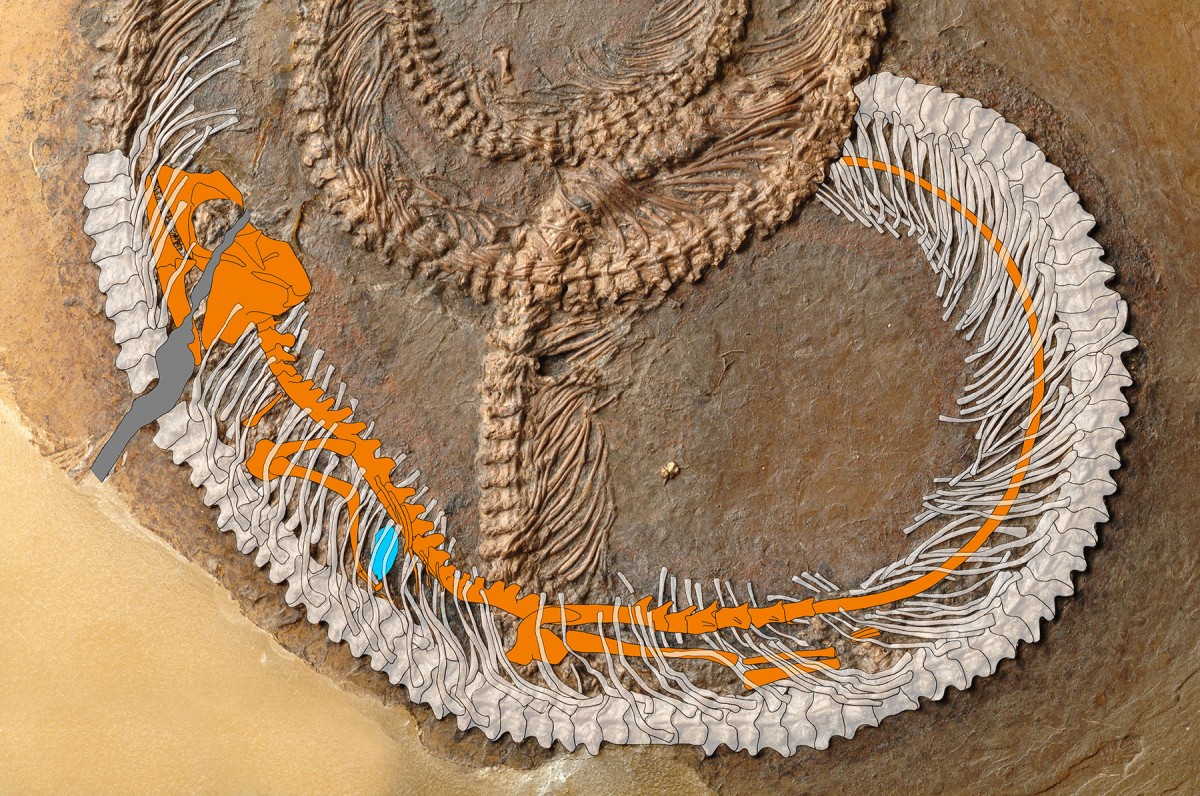 In cooperation with CONICET in Argentina, Senckenberg scientists examined a spectacular discovery from the UNESCO World Heritage site Messel Pit: A fossil snake in whose stomach a lizard can be seen, which in turn had consumed a beetle. The discovery of the approximately 48-million-year-old tripartite fossil food chain is unique for Messel; worldwide, only one single comparable piece exists. The study was recently published in Senckenberg’s scientific journal Palaeobiodiversity and Palaeoenvironments.

It is no secret that the Messel Pit is home to a plethora of fantastic fossils – but some of the findings are so sensational that they even awe veteran Messel researchers. “In the year 2009, we were able to recover a plate from the pit that shows an almost fully preserved snake,” says Dr. Krister Smith of the Department for Messel Research at the Senckenberg Research Institute in Frankfurt, and he continues, “And as if this was not enough, we discovered a fossilized lizard inside the snake, which in turn contained a fossilized beetle in its innards!”

Fossil food chains are extremely rarely preserved; due to the excellent level of preservation at the fossil site, leaves and grapes from the stomach of a prehistoric horse, pollen grains in a bird’s intestinal tract and remains of insects in fossilized fish excrements had previously been discovered at Messel. “However, until now, we had never found a tripartite food chain – this is a first for Messel!” exclaims Smith elatedly. To this day, only one other example of such fossil preservation has been found worldwide – in a 280-million-year-old shark.

Using a high-resolution computer tomograph, Smith and his colleague Agustín Scanferla from Argentina were able to identify both the snake and the lizard to the species level. Smith comments, “The fossil snake is a member ofPalaeophython fischeri; the lizard belongs to Geiseltaliellus maarius, which has only been found at Messel to date.”

The snake measures 103 centimeters in length and is thus significantly smaller than other specimens of this species, which can reach two meters or more. Smith therefore assumes that the fossil represents a juvenile of this relative of the modern-day boas.

The lizard measures approximately 20 centimeters from the head to the tip of its tail – and some of the snake’s ribs, which overlap the arboreal reptile, clearly indicate that the lizard is located inside the snake. Geiseltaliellus maarius was presumably equipped with a small sagittal crest. It had the ability to shed its tail in case of danger, but did not lose it when it fell prey to the snake. “Unfortunately, we were unable to unambiguously identify the beetle – it was not well enough preserved to do so,” adds the Messel researcher from Frankfurt
Nonetheless, the small crawler offers insights into the previously barely known feeding behavior of these lizards from Messel: The stomachs of previously discovered reptiles only contained the remains of plants; the fact that the lizards also fed on insects indicates an omnivorous diet.

The unique discovery came from a layer dating to the Middle Eocene with an approximate age of 48 million years. “Since the stomach contents are digested relatively fast and the lizard shows an excellent level of preservation, we assume that the snake died no more than one to two days after consuming its prey and then sank to the bottom of the Messel Lake, where it was preserved,” explains Smith. Too bad for the snake – but a stroke of luck for science!