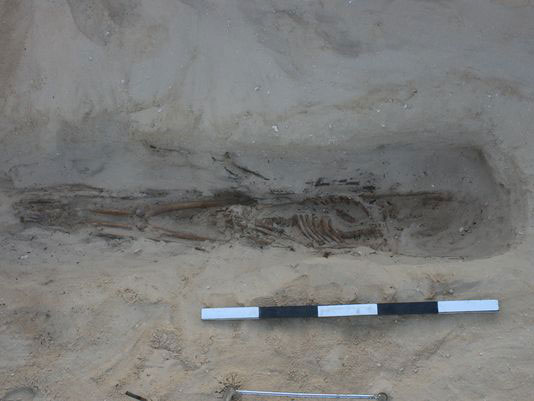 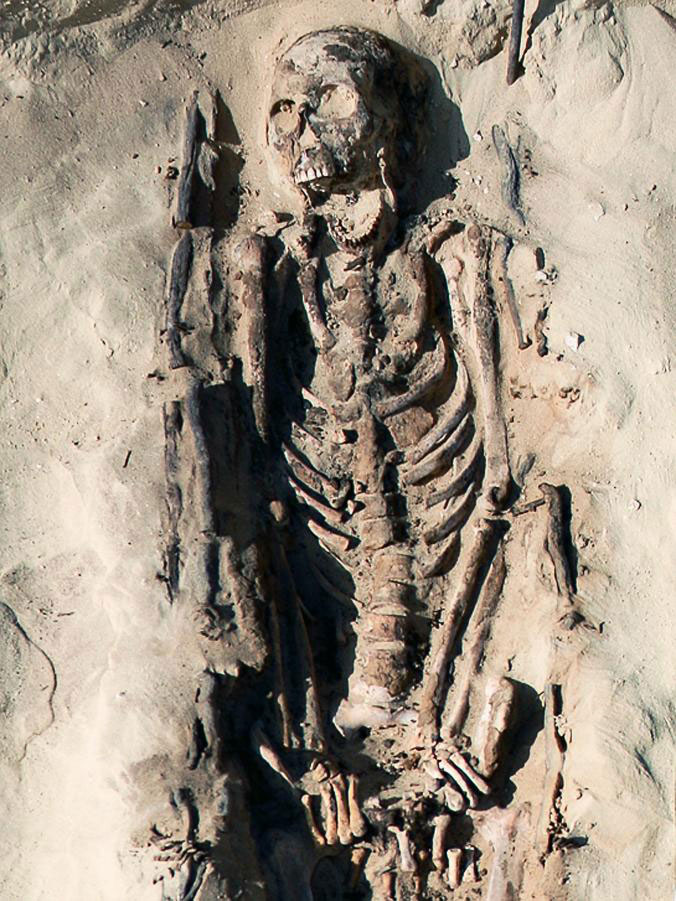 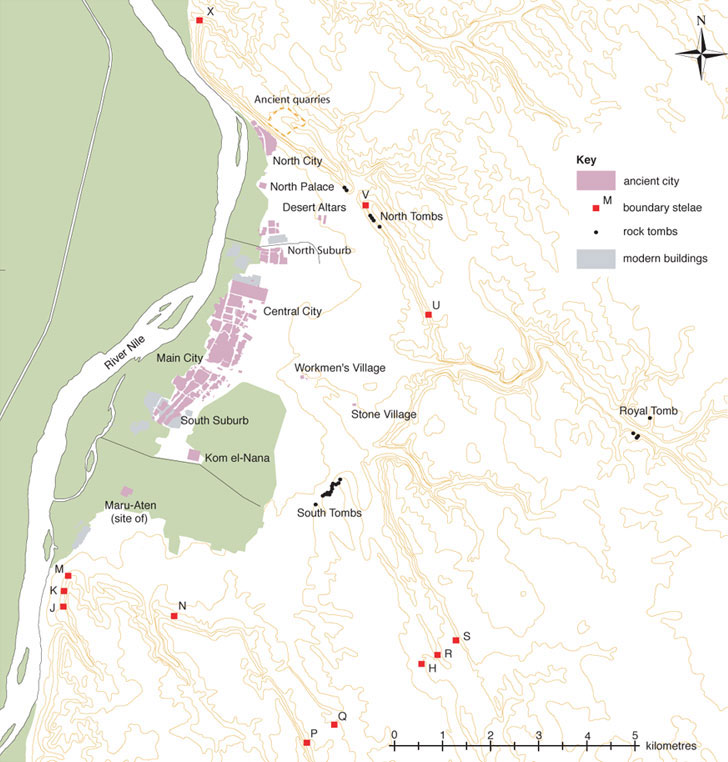 Wounds found in the shoulder blades of five men indicate corporal punishment on workers in Amarna, a city in Ancient Egypt. The city was dedicated to the sun god Aten. It was built about 3,000 years ago, and it was the Egyptian capital city of Akhenaten. But life for workers building the city must have been very hard, as evidence from the cemetery indicate. The individuals buried there suffered from arthritis, probably due to heavy loads they had to carry, and many well malnourished.

Now, excavations at the Amarna cemetery have yielded five adult male skeletons with slot-type fracture lesions on the shoulder blades. According to analyses performed the injuries were caused by a sharp tool, indicating stabbing. As Gretchen Dabbs of Southern Illinois University argues, the wounds may have been inflicted with a spear from behind as part of physical punishment. The punishment of 100 lashes and five wounds is also described in wall carvings and in relative literature, and now the skeletons further support that argument.

According to fables and written sources of the time, animal thieves were punished with 100 blows and five wounds. The same was applied in the case of officials commandeering workers as well as in the case of tax evasion, when individuals were beaten facedown on the ground.

Similar wounds on pigs at Amarna have also been interpreted as ritualized punishment of the god Seth, often represented as a pig.

Corporal punishment was not unusual in Ancient Egypt. Historian Joseph Manning of Yale University mentions other types of harsh punishment on wrongdoers, such as tomb robbers who were put to death and tax evaders who had their ears or noses lopped off. According to bio-archaeologist Brenda Baker of Arizona State University Dabbs’ explanation is plausible, since there were no jails in Ancient Egypt and public lashing was a common type of punishment.

It is not known yet whether this type of punishment was performed only in Amarna. Dabbs stated that she hopes other Egyptologists will further examine skeletal collections from other sites for evidence of backstabbing punishment.