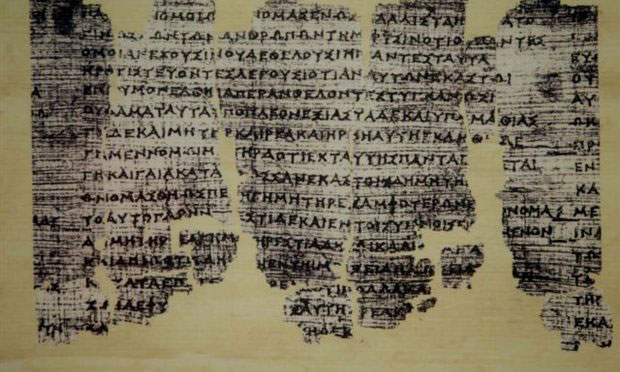 The Derveni Papyrus part of the “Memory of the World”

Inscribed on the UNESCO Register

One of the most valuable finds of the Archaeological Museum of Thessaloniki, the Derveni Papyrus, has recently been included in UNESCO’s “Memory of the World” programme, the first Greek registration in this list.

This was one of 47 new nominations on the Memory of the World International Register inscribed by the International Advisory Committee which met in Abu Dhabi, United Arab Emirates, from 4 to 6 October 2015.

The Derveni Papyrus is of immense importance not only for the study of Greek religion and philosophy, which is the basis for the western philosophical thought, but also because it serves as a proof of the early dating of the Orphic poems offering a distinctive version of Presocratic philosophers. The text of the Papyrus, which is the first book of western tradition, has a global significance, since it reflects universal human values: the need to explain the world, the desire to belong to a human society with known rules and the agony to confront the end of life.

The papyrus roll was found in Derveni, near Thessaloniki, in 1962 carbonized among the remains of the funeral pyre upon the slabs of Derveni Tomb A. It survived due to the fact that it was carbonized by the funeral pyre and was thus not affected by  humidity. It is dated to around 340-320BC and it is a copy of an older version written at the end of the 5th century BC.