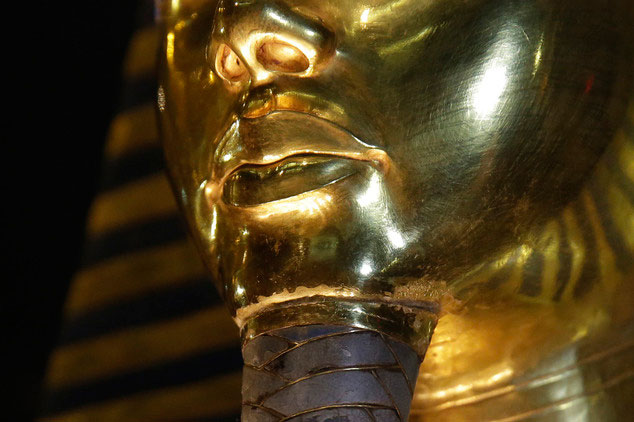 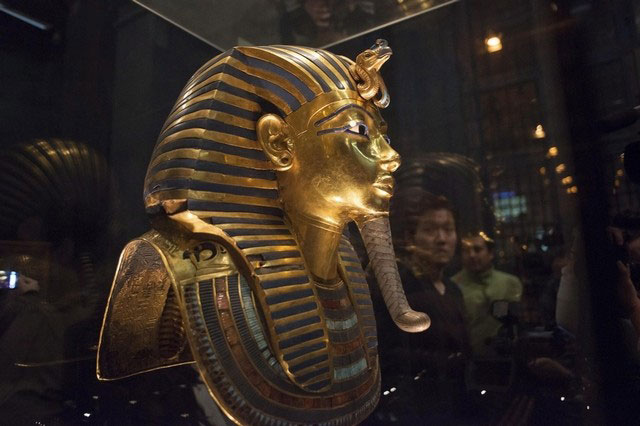 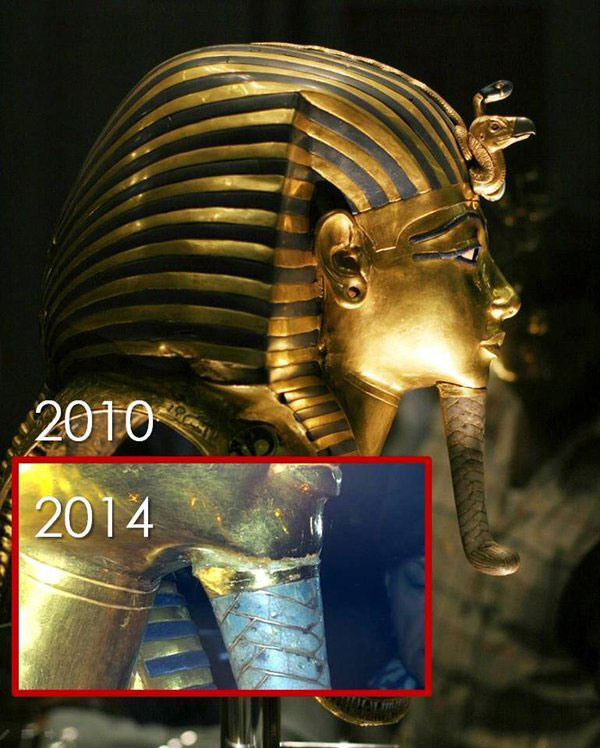 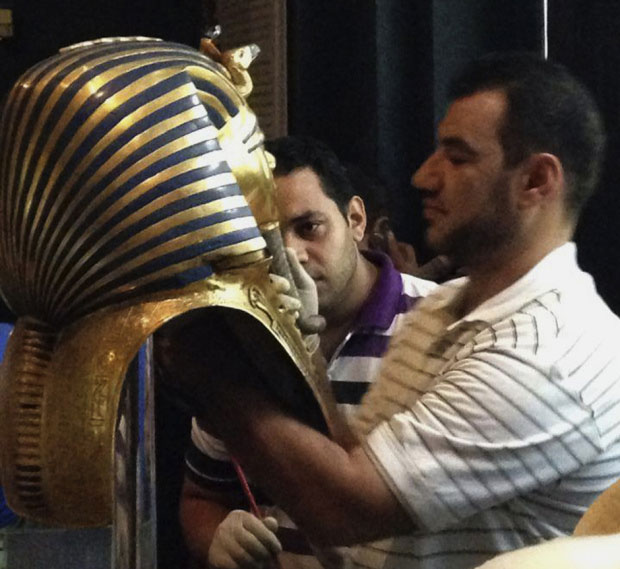 Tutankhamun’s broken beard to be restored

King Tutankhamun’s golden burial mask will be restored, according to reports more than a year after it was detached and then glued back on with epoxy.

The mask was accidentally broken in August 2014 by maintenance men, while they were trying to change a light bulb. The beard had already been detached from the mask once and with the accident it was easily broken off once more. However, conservators used epoxy glue to attach it to the mask, a material considered highly inappropriate. At a press conference last January specialists informed the public that it would be able to reverse the damage done by the epoxy glue, and now a new report sheds more light in the progress of the restorers’ work.

According to a German-Egyptian team of experts, epoxy glue will be scraped off, and the beard will be taken off the mask. It will be reattached  with the use of a proper method, after a joint scientific committee decides on the best possible approach.

The restoration work has already started, but it is not certain how long it will take for it to be completed. According to Christian Eckmann, lead restoration specialist, it should take about two months, but, since it is not known to what extent the glue has penetrated the beard and mask, the precise date cannot be defined. After the beard has been once more detached, and research on how it was initially joined with the mask, scientists will proceed with the reattachment, using appropriate materials.

The detachment is made by mechanical means, using wooden sticks, but scientists are also considering the option of warming up the glue.

Along with the research, restoration experts will conduct a detailed study of ancient techniques and materials used to make the mask, hoping to provide the scientific world with further insight on the field.