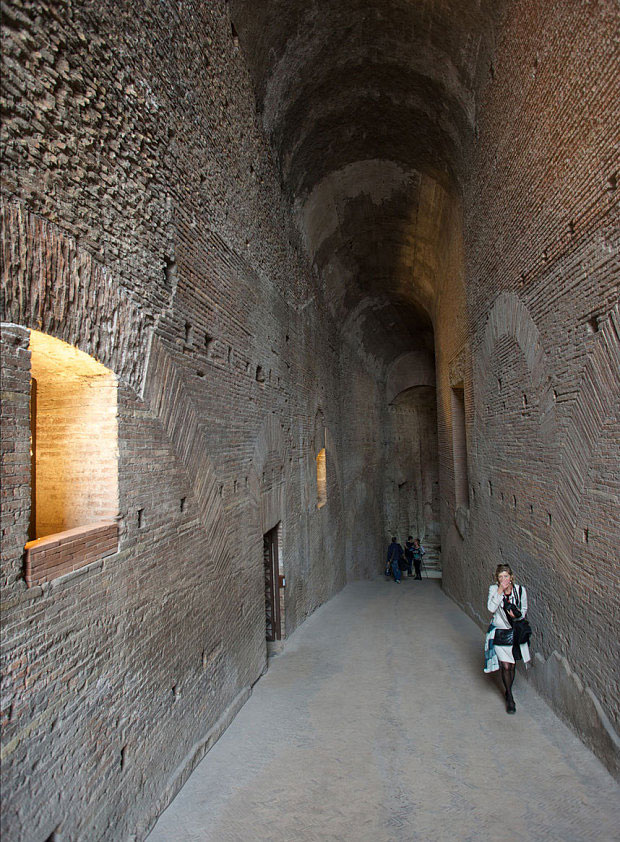 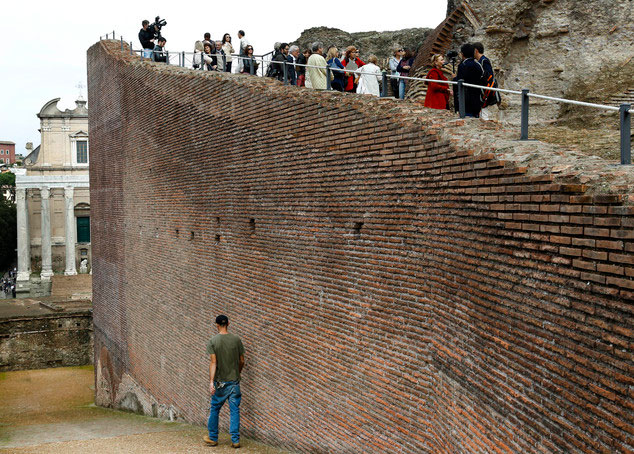 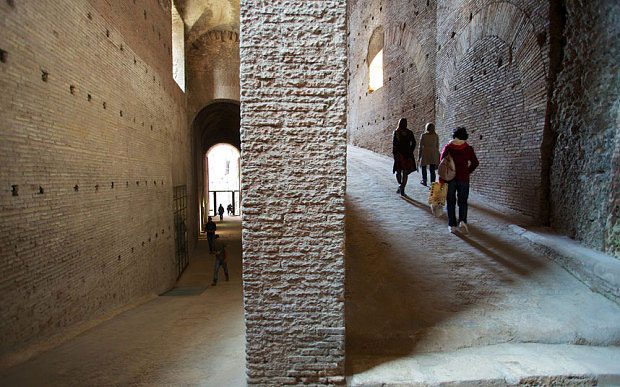 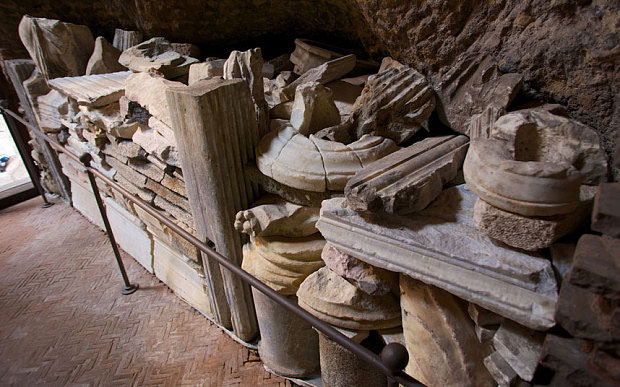 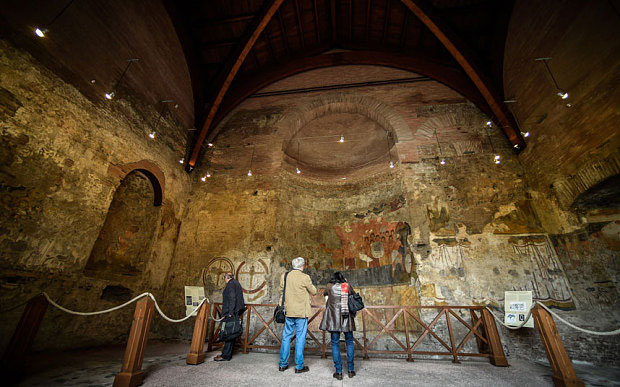 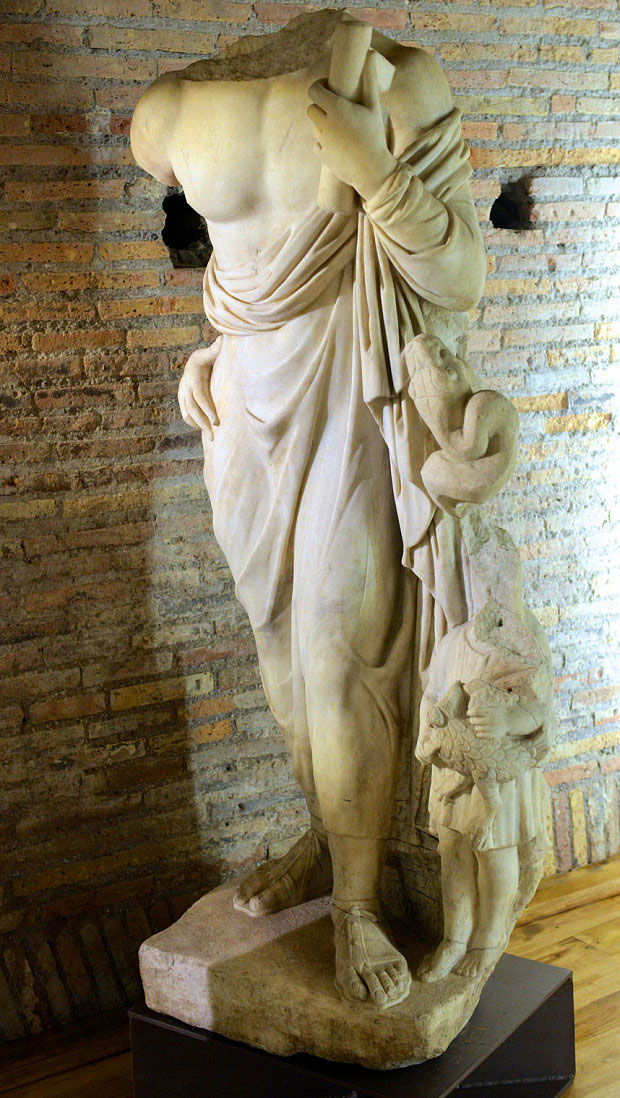 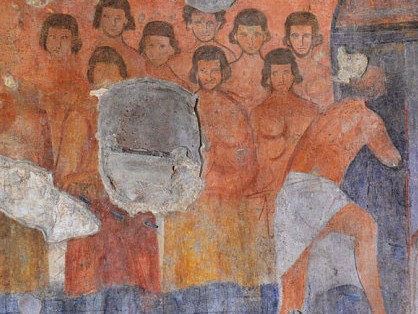 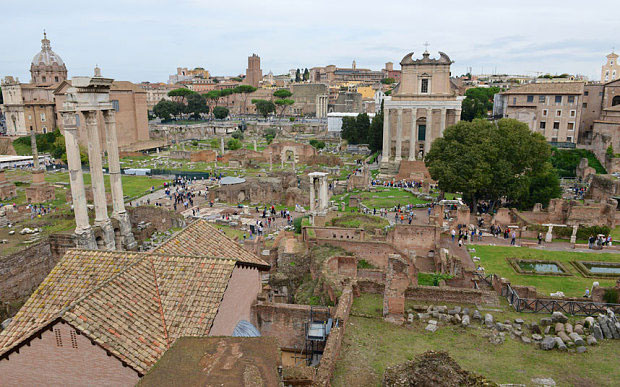 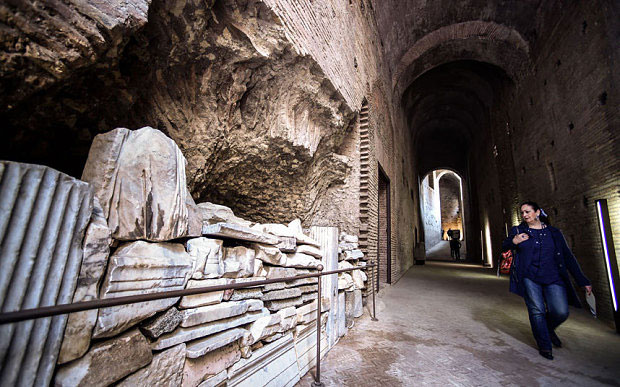 Hidden imperial passageway open to the public in Rome

It connected Palatine Hill with the Forum

A 2,000 year-old restored passageway connecting the Roman Forum and Palatine Hill in Rome is now restored and open to the public. Visitors are now able to walk across the seven-level ramp  which provides a unique view over the ancient city.

The “imperial ramp” connected Palatine Hill, where emperors resided in luxurious palaces with the Forum where temples, marketplaces and courts were and business as well as administration was conducted. It was first discovered in 1900 but restoration works started in 2009, and now it is for the first time open to visitors.

The passageway consisted of seven zigzag  ramps, of which only four survive today. The rest are thought to have been destroyed by an earthquake in the 9th century AD. It was more than 300 yards long and its ceiling was about eleven metres high, enough for emperors to comfortably descend to the Forum on horseback.

The entrance to the imperial ramp was through a huge gateway, now reconstructed with the use of marble pieces of the original architrave. After crossing the gate, one was in a reception hall, which in the Middle Ages was converted into a church. Its walls bear frescoes of the “40 martyrs”. A latrine, made of stone and marble, which was found halfway up the passageway and only survives partly, was probably used by imperial guards. Rooms that lead off the ramp, now converted into a min-museum of Roman artefacts, were probably used by detachments of guards.

The hidden passageway, half above the ground and half below, was built after a request by the Emperor Domitian in the late 1st century AD.

The day the ramp was opened to the public is the same when a new crowd-funding initiative, Loveitaly!, was launched to help conserve Italian artistic treasures, at a time when public budget for conservation projects has been undergoing a reduction.

Tourists visiting the ramp will be able to enjoy from its highest point a panoramic view of the Roman Forum.