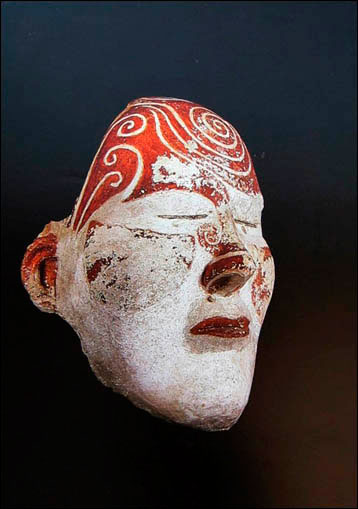 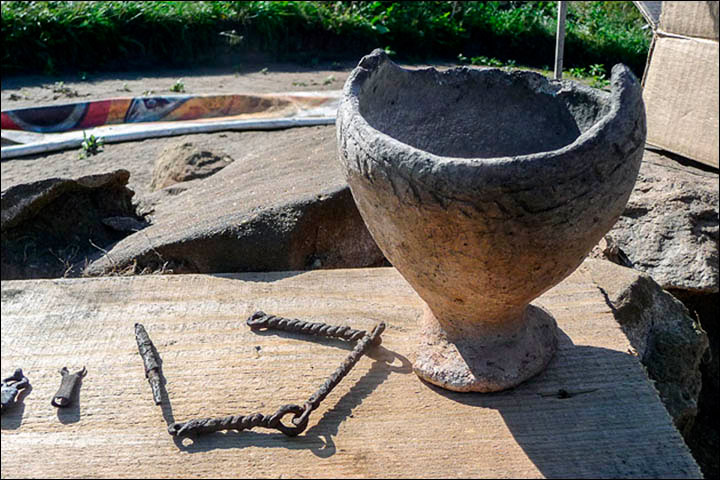 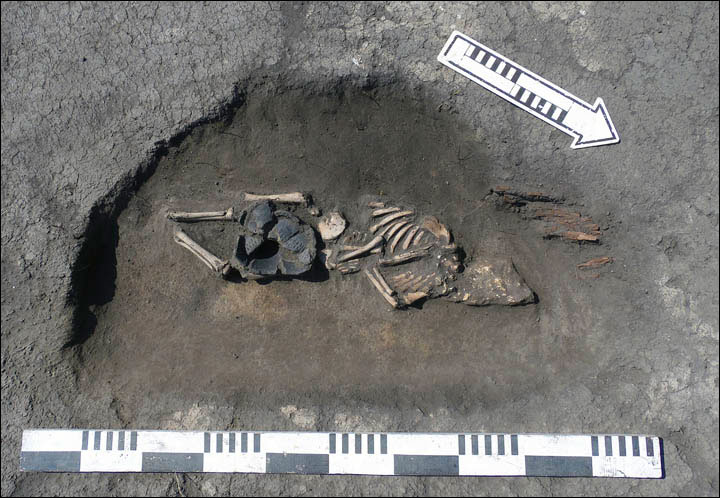 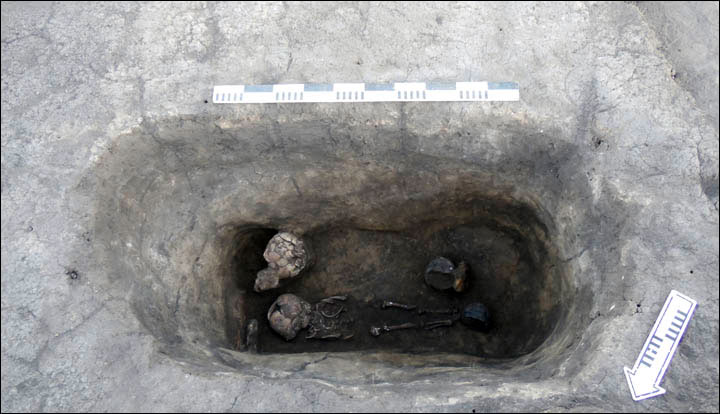 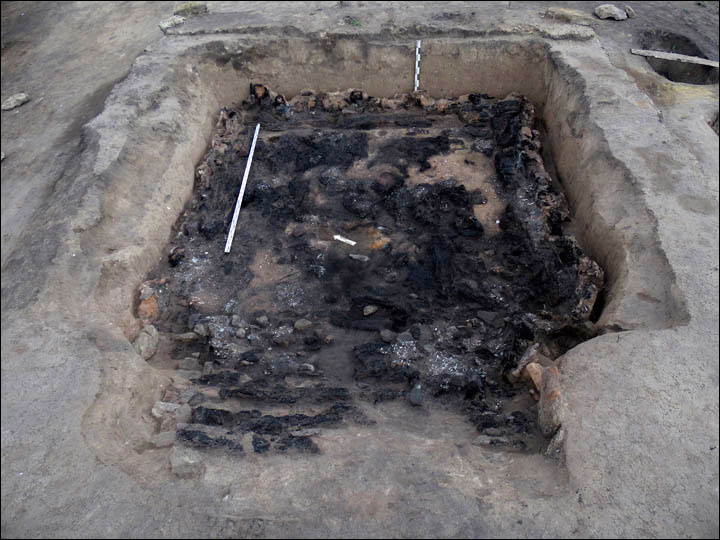 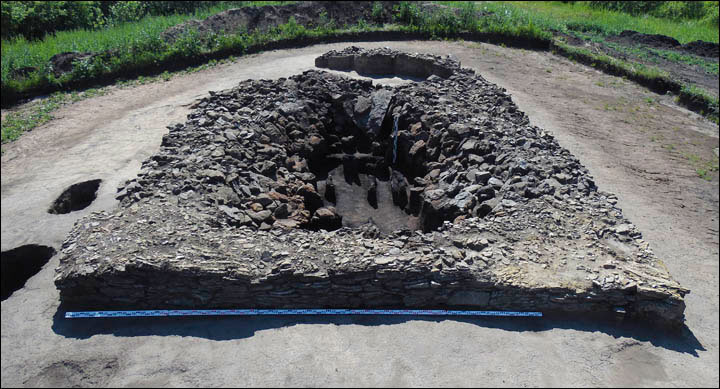 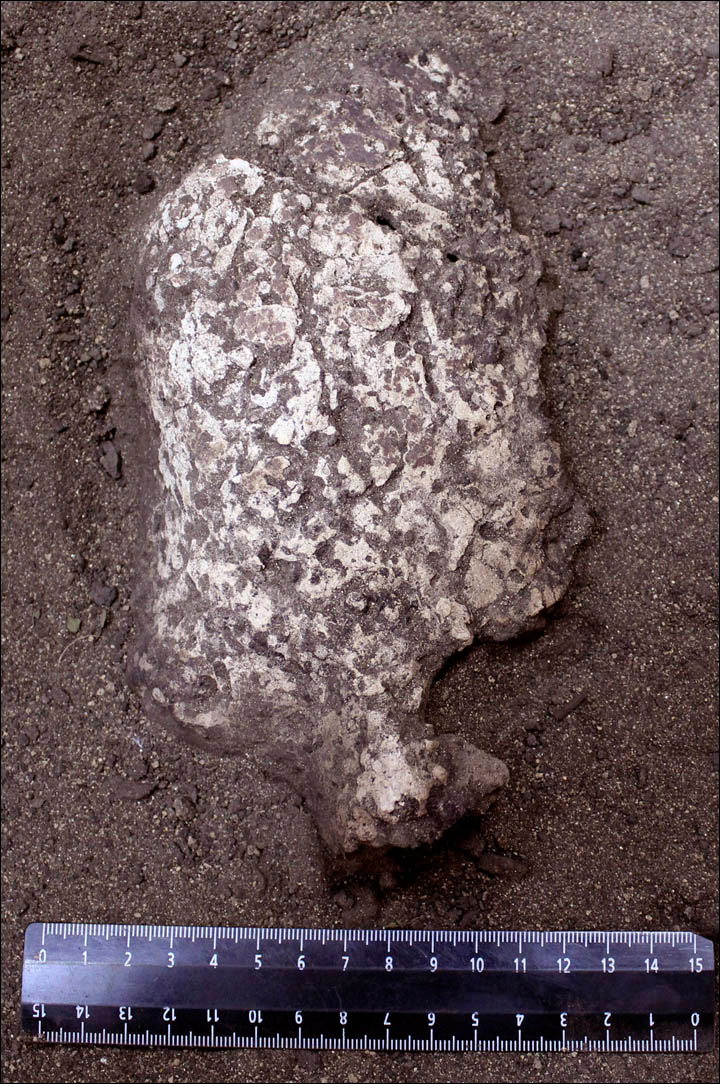 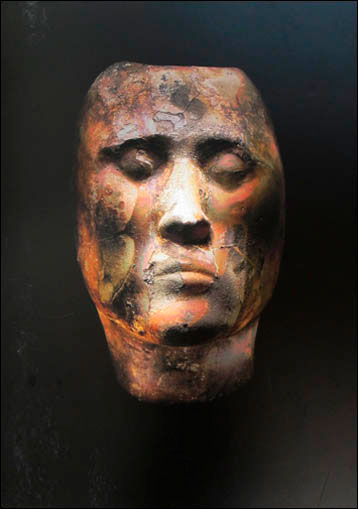 Funerary masks were found in a crypt

Archaeologists in Kemerovo region have unearthed a collection of death masks from a tomb with up to 30 burials. The masks, made of gypsum, will heal scientists recreate to an extent what ancient Siberians who lived around the Yenesei River looked like. The remains found inside the tomb probably belonged to the mysterious Tashtyk people, famous for their elaborate funeral rites.

The funeral system used in the crypt dates the burials between the 2nd century BC and the 6th century AD. Although with previous systems the bodies were buried in the ground, at the Shestakovo-3 tomb, they were cremated leaving only large bones which were subsequently placed inside leather or fabric dummy bodies. The gypsum masks were placed on the dummy depicting their facial features.

The masks are fragmented but according to Dr Pavel German, from the Institute of Human Ecology in Kemerovo who is leading the excavation, hopefully some of the finds will be restored. The wet soil in the area does not promote preservation of gypsyum masks, leaving behind a lot of fragments. Luckily, some of the fragments are relatively big, as is the case of a rather big fragment of half of one mask.

Based on the masks, researchers are now able to decipher what the people buried at the site looked like. Experts have also expressed surprise that this warrior race had a European rather than Asian appearance.

Among the masks scientists have already found artefacts, such as miniature replicas of swords, arrows and quivers, ceramic vessels, bronze buckles and elements of harnesses.

The crypt was very large and archaeologists have been conducting excavations for two seasons. The interior is about 40 square metres and an estimated total of 30 people were buried within, which means that possibly more masks will be unearthed.

Around the crypt archaeologists have unearthed the remains of children, which, according to funeral practices, until the age of five would not be cremated but simply buried near the wall.

Funerary practices and rituals the crypt was used for filled with bodies and then burned down. As it consisted of a wooden construction within a hole dug to the ground, it would fall and overlap burials.

Dr German believes that treasures buried with the people were robbed, since archaeologists did not find any precious or astonishing artefacts, as would be the case for such a big crypt.
The Institute of Human Ecology in Kemerovo, is part of the Siberian Branch of the Russian Academy of Sciences. Previously unearthed Tashtyk death masks are among the most prized possessions of Russian museums including the Hermitage in St Petersburg.