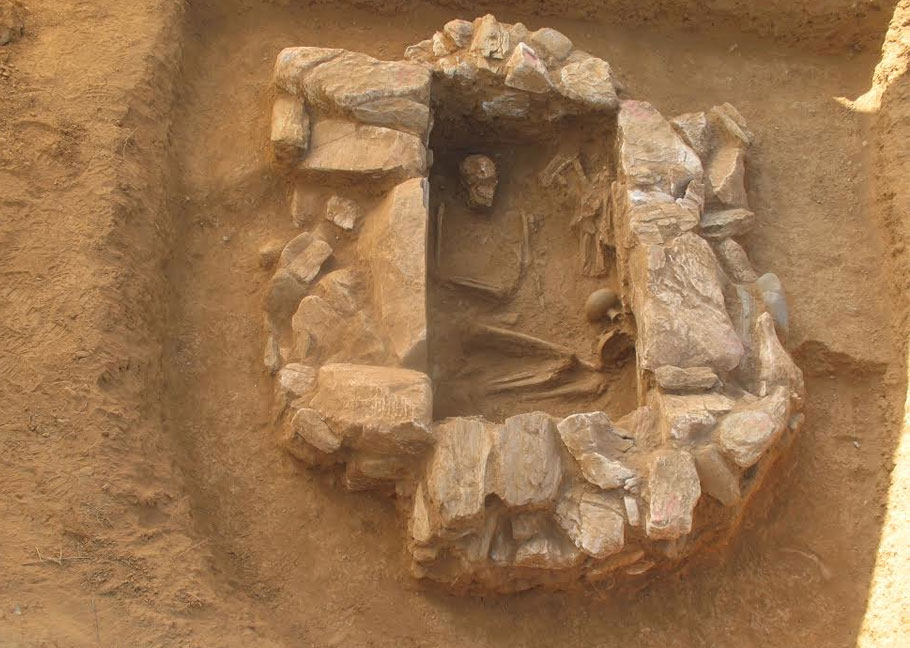 Of the Mycenaean period

An unlooted stone-built cist grave of the Mycenaean period came to light on Lesvos during improvement works on a rural road.

According to the Director of the Ephorate of Antiquities of Lesvos, Pavlos Triantafyllidis, the deceased was placed in a contracted position. Grave goods included a high-footed kylix with a deep hemispherical body, a juglet made of gray clay, a bronze knife and a bronze ring.

The valuable burial offerings found date the grave to the Late Helladic III period (1400-1100 BC). The finding is considered very important for the history of Lesvos and particularly for the topography of the Yera area, where at the “Halatses” site an extensive Mycenaean settlement has been revealed.