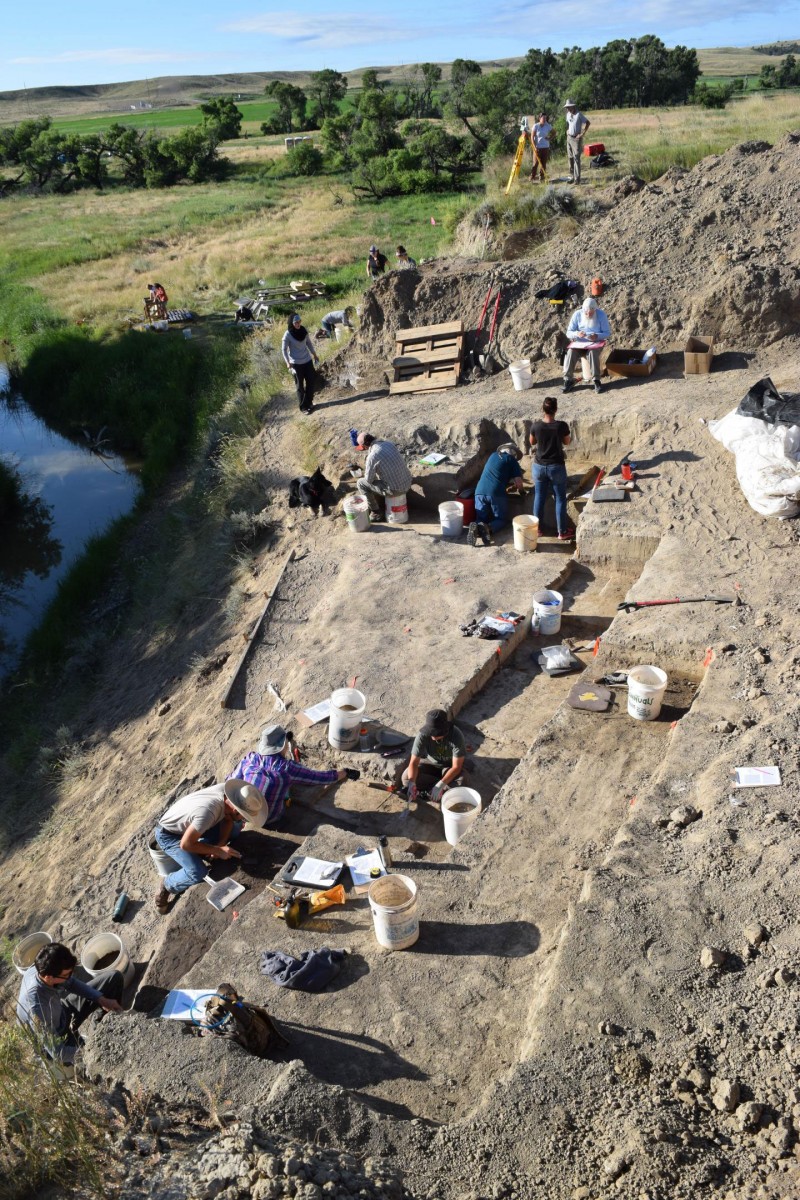 Research backs human role in extinction of mammoths, other mammals

Findings by University of Wyoming

Radiocarbon analysis of the decline and extinction of large mammals in the Americas lends support to the idea that hunting by humans led to the animals’ demise – and backs the generally accepted understanding of when humans arrived in, and how they colonized, the Western Hemisphere.

Those findings by University of Wyoming researchers are reported this week in an article published in the Proceedings of the National Academy of Sciences, a major scientific journal. The study was conducted by Professor Todd Surovell and graduate student Spencer Pelton in UW’s Department of Anthropology; Professor Richard Anderson-Sprecher in the Department of Statistics; and Assistant Professor Adam Myers in the Department of Physics and Astronomy.

Their work supports a hypothesis forwarded in 1973 by well-known geoscientist Paul Martin that the chronology of the extinction of animals such as mammoths, mastodons, camels, horses and ground sloths in the Americas could be used to map the spread of humans through the New World.

“The heavy ecological footprint of human societies throughout prehistory is becoming increasingly apparent through a variety of environmental (indicators) independent of the archeological record,” the researchers wrote. “Past human societies have disrupted ecological communities in dramatic ways for many tens, if not hundreds of thousands, of years.”

The study involved compiling radiocarbon dates from fossils of now-extinct animals from North and South America, and looking at how those dates correspond with initial evidence of human colonization. The researchers found that, as Martin predicted, decline and extinction of the large mammals began between 13,300-15,000 years ago in Alaska and areas near the Bering Strait; between 12,900-13,200 years ago in the contiguous United States; and between 12,600-13,900 years ago in South America.

That supports the generally accepted understanding of how humans colonized the Americas: first, that they crossed from Siberia to Alaska across a Bering Strait land bridge; and then that they moved southward across North America and into South America. Hunting of the native large mammals is thought to have fueled rapid human population growth and expansion.

A number of hypotheses have been forwarded to explain the extinction of those animals. The “overkill hypothesis” connects their demise directly to overhunting by humans, and that is supported by the north-to-south extinction trend observed in the new study.

“… (T)he north to south time-transgressive pattern is striking, and, barring significant new data, it would be difficult to reconcile this pattern with extinction hypotheses that invoke a single climatic, ecological or catastrophic extinction mechanism across the entirety of the Americas,” the researchers wrote.

Still, they acknowledge that the issue isn’t completely settled. They note that the radiocarbon results show that the initial decline of large mammals in the far north began earlier than has been estimated by Martin and others, pointing to human colonization earlier than the current archeological record suggests; and that there is some evidence of isolated human populations in North America as early as 15,500 years ago, before significant declines in large mammal populations. Further study is needed to resolve those issues, the researchers say.