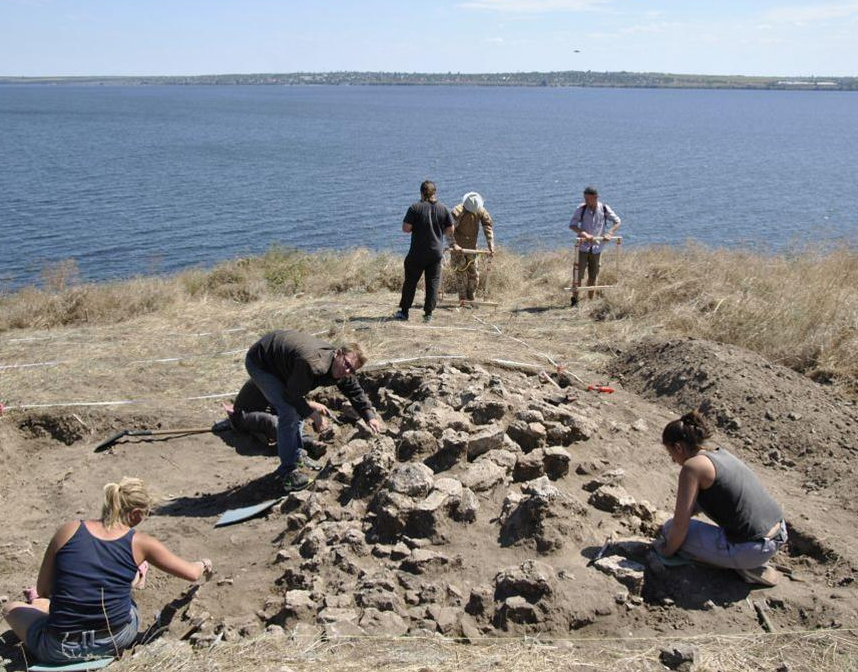 The ancient Greeks in Ukraine

Institute of Archaeology of the University of Warsaw

By using aerial photographs and geophysical surveys, Warsaw archaeologists confirmed the location of settlement dating back more than two thousand years in Respublikaniec (Kherson Oblast), and discovered previously unknown structures in its area, scientists from the Institute of Archaeology of the University of Warsaw summarised their research in Ukraine.

“In addition to non-invasive research, we also began regular excavations,” said Marcin Matera from the Institute of Archaeology of the University of Warsaw, Polish coordinator of the project. “As a result we obtained archaeological material clarifying the position dating”. The initiator of the cooperation of archaeologists from Poland and Ukraine is Dr. Nadezda Gavryljuk, and head of research from the Ukrainian side, Dmytro Nykonenko.

Archaeologists determined that the settlement was probably founded in the 2nd century BC. Researchers also discovered the exact outline of its fortifications – defensive walls and ditches. In addition to defensive functions, the place also served as a venue of trade between residents of the Dnieper steppes and the ancient world, represented by the nearby Greek colony – Olbia. The settlement could also have played a role in securing the waterway up the Dnieper.

“Our research focused on preparing archaeological documentation of the settlement and attempting to find traces of the ancient Greeks, here deep in the barbarian steppe,” added Dr. Matera. Aerial photos taken using a kite and GPS measurements allowed the archaeologists to quickly and precisely prepare the site plan. In turn, geophysical surveys allowed to discover a number of magnetic anomalies and resistance fluctuations within the settlement, which may indicate the existence of infrastructure elements below the surface. Next year, the archaeologists intend to carry out excavations in the most promising areas detected by this technology.

“Over a dozen similar settlements have been identified so far in the lower Dnieper. If we manage to raise adequate funds, we are planning to conduct research on a wider scale. In the first place we would like to do documentary work and geophysical surveys of each of the settlements because they are subject to systematic robbery excavations. Besides, they have never been comprehensively surveyed,” noted Dr. Matera.

Research in Respublikaniec is currently the only work being done in Ukraine by archaeologists from the University of Warsaw. Earlier Polish work took place mainly in the area occupied by the Russians, Crimean peninsula (including the sites in the vicinity of Balaklava and Kerch). Settlements from this period in the area of southern and south-western Ukraine are also a target of excavations of archaeologists from the Institute of Prehistory, Adam Mickiewicz University in Poznań and the Academy of Sciences of Ukraine in Kiev, who are studying the fortresses in the region of Podolia.