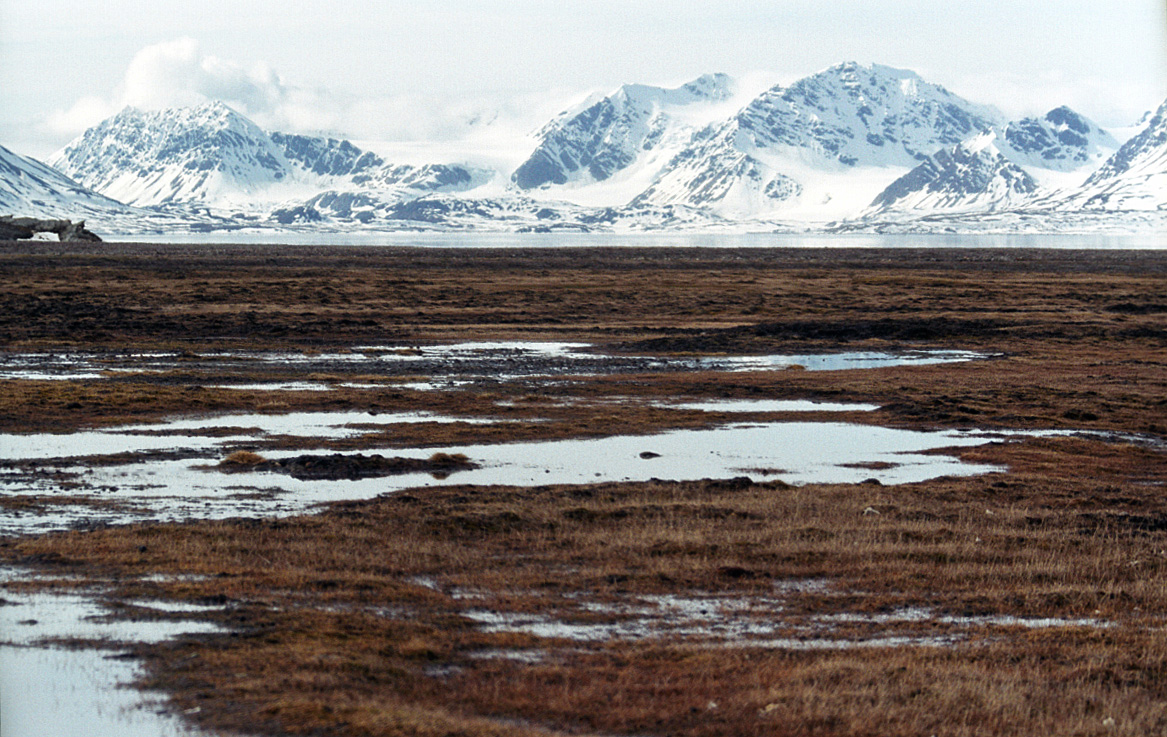 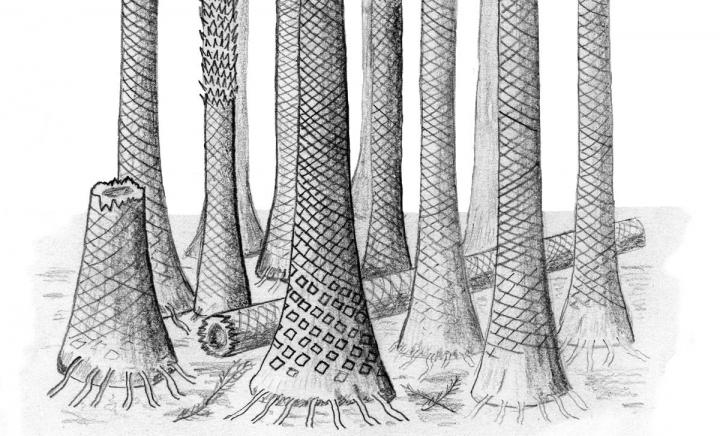 UK researchers have unearthed ancient fossil forests, thought to be partly responsible for one of the most dramatic shifts in the Earth’s climate in the past 400 million years.

The fossil forests, with tree stumps preserved in place, were found in Svalbard, a Norwegian archipelago situated in the Arctic Ocean. They were identified and described by Dr Chris Berry of Cardiff University’s School of Earth and Ocean Science.

The forests grew near the equator during the late Devonian period, and could provide an insight into the cause of a 15-fold reduction in levels of carbon dioxide (CO2) in the atmosphere around that time.

Current theories suggest that during the Devonian period (420-360 million years ago) there was a huge drop in the level of CO2 in the atmosphere, thought to be largely caused by a change in vegetation from diminutive plants to the first large forest trees.

Forests pulled CO2 out of the air through photosynthesis – the process by which plants create food and tissues – and the formation of soils.

Although initially the appearance of large trees absorbed more of the sun’s radiation, eventually temperatures on Earth also dropped dramatically to levels very similar to those experienced today because of the reduction in atmospheric CO2.

Because of the high temperatures and large amount of rainfall on the equator, it is likely that equatorial forests contributed most to the drawdown of CO2. Svalbard was located on the equator around this time, before the tectonic plate drifted north by around 80° to its current position in the Arctic Ocean.

“These fossil forests shows us what the vegetation and landscape were like on the equator 380 million years ago, as the first trees were beginning to appear on the Earth,” said Dr Berry.

The team found that the forests in Svalbard were formed mainly of lycopod trees, better known for growing millions of years later in coal swamps that eventually turned into coal deposits – such as those in South Wales. They also found that the forests were extremely dense, with very small gaps – around 20cm – between each of the trees, which probably reached about 4m high.

Dr Berry had previously worked with American colleagues to describe another slightly older forest, at Gilboa in upstate New York. The Gilboa forest was located at least 30° south of the equator at that time, and the tree stumps in place belonged to different types of plants.

“This demonstrates that there was already geographical diversity of forest plant types and ecology just as soon as they had evolved,” Dr Berry continued.

“During the Devonian Period, it is widely believed that there was a huge drop in the level of carbon dioxide in the atmosphere, from 15 times the present amount to something approaching current levels.

“The evolution of tree-sized vegetation is the most likely cause of this dramatic drop in carbon dioxide because the plants were absorbing carbon dioxide through photosynthesis to build their tissues, and also through the process of forming soils.”

Svalbard is currently one of the most northernmost inhabited areas in the world with a population of around 2,500.

Svalbard now plays host to the ‘Global Seed Vault’ – a secure, underground frozen seed bank in which a large variety of plant seeds are preserved. The vault functions to provide a safety net against a loss of diversity in a global crisis.

“It’s amazing that we’ve uncovered one of the very first forests in the very place that is now being used to preserve the Earth’s plant diversity,” continued Dr Berry.

The new findings have been published today in the journal Geology.