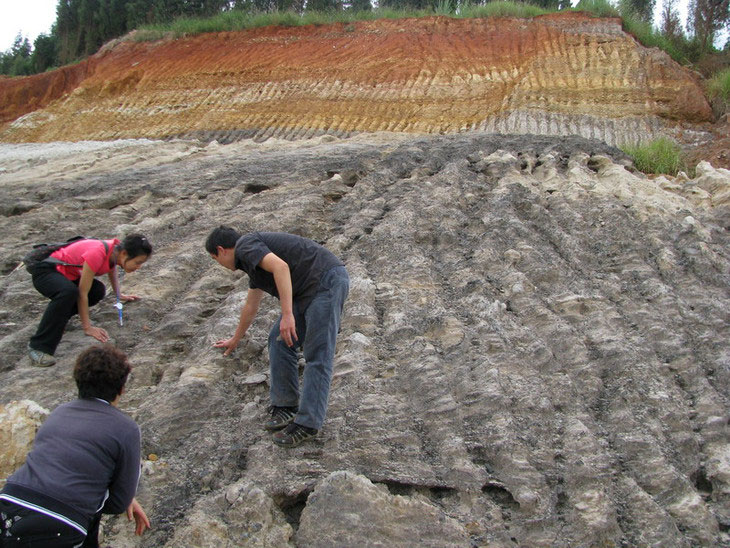 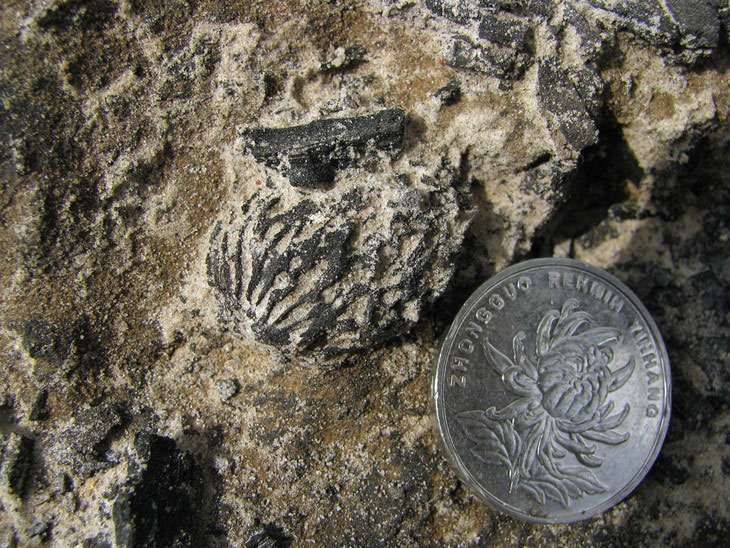 The sweet, juicy peaches we love today might have been a popular snack long before modern humans arrived on the scene.

Scientists have found eight well-preserved fossilized peach endocarps, or pits, in southwest China dating back more than two and a half million years. Despite their age, the fossils appear nearly identical to modern peach pits.

The findings suggest that peaches evolved through natural selection well before humans domesticated the fruit. It’s the first discovery of fossilized peaches, and it sheds new light on the evolutionary history of the fruit, which has not been well understood.

“The peach is an important part of human history, and it’s important to understand how it became what it is today,” said Peter Wilf, a professor of paleobotany at Penn State and co-author of the article. “If we know the origins of our resources we can make better use of them.”

Tao Su, lead author on the paper and associate professor at Xishuangbanna Tropical Garden, discovered the fossils near his home in Kunming in southwest China when some road construction exposed a rock outcrop from the late Pliocene.

Su said the discovery provides important new evidence for the origins and evolution of the modern fruit. Peaches are widely thought to have originated in China, but the oldest evidence had been archeological records dating back roughly 8,000 years. No wild population has ever been found, and its long trade history makes tracing its beginnings difficult.

Animals, perhaps even primates and, eventually, early hominids, snacked on and dispersed the sweet, wild fruit and played a key role in its evolution. Only much later, after modern humans arrived, was the peach domesticated and bred. Humans have created new varieties and larger sizes ever since and spread the fruit across what is now China, and far beyond.

“Is the peach we see today something that resulted from artificial breeding under agriculture since prehistory, or did it evolve under natural selection? The answer is really both,” said Wilf, an associate in Penn State’s Earth and Environmental Systems Institute.

The researchers say the discovery supports China being the home of the peach. The fruit remains culturally significant in the country, where it carries multiple meanings – from immortality in Taoist mythology to good fortune and beauty, Su said.

“The peach was a witness to the human colonization of China,” Wilf said. “It was there before humans, and through history we adapted to it and it to us.”

Su brought the fossils to Penn State and analyzed them while working there as a visiting scholar and collaborating with Wilf. Several tests confirmed that the fossils are indeed more than 2.5 million years old and not from recent contamination. In addition to their having been found in the Pliocene rocks along with many other plant fossils, the seeds inside the pits are replaced by iron, and the walls of the pits are recrystallized. A modern peach pit would have a recent radiocarbon date, but radiocarbon analysis of the fossil peaches showed them to be older than the limit of radiocarbon dating, which about 50,000 years.

Researchers compared the correlation between modern peach and pit size, and used that to estimate the size of the fruit during the late Pliocene as approximately 5 cm in diameter.

“If you imagine the smallest commercial peach today, that’s what these would look like, ” Wilf said. “It’s something that would have had a fleshy, edible fruit around it. It must have been delicious.”

The findings are reported in Nature Scientific Reports.