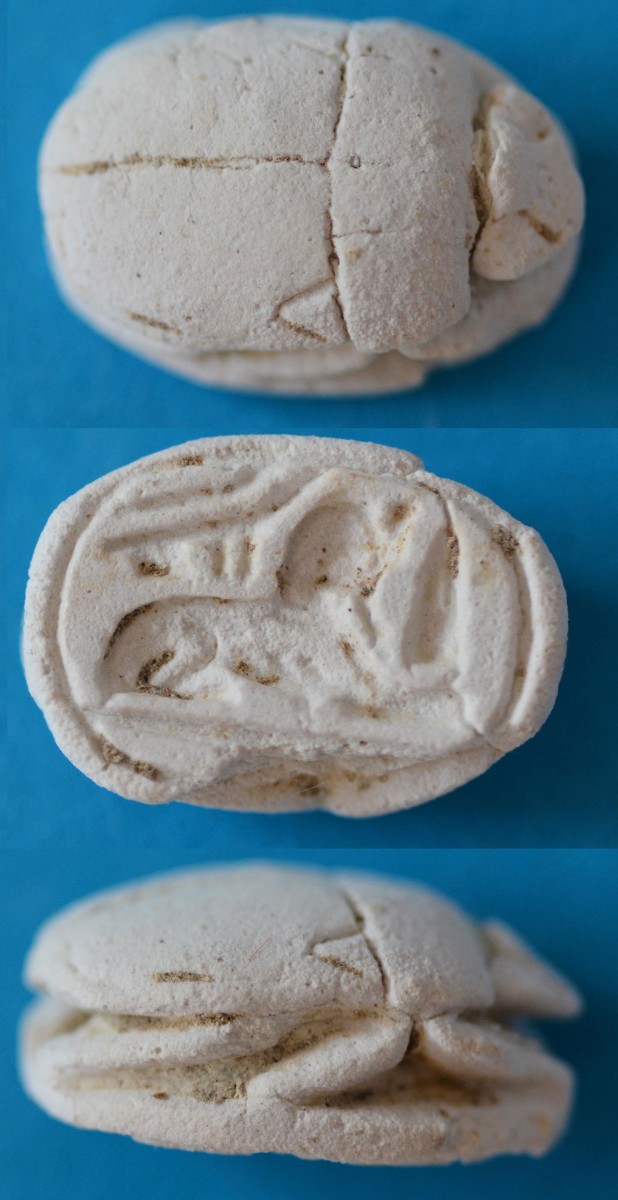 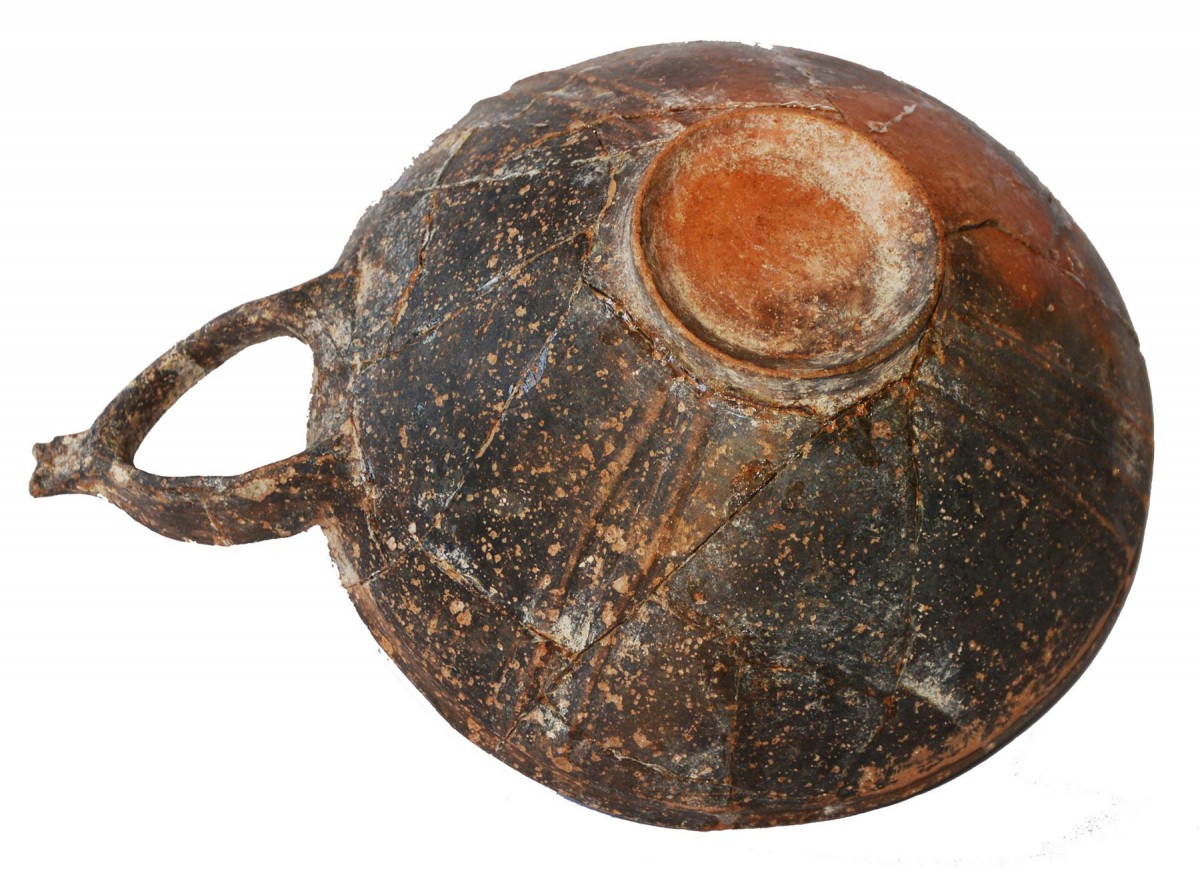 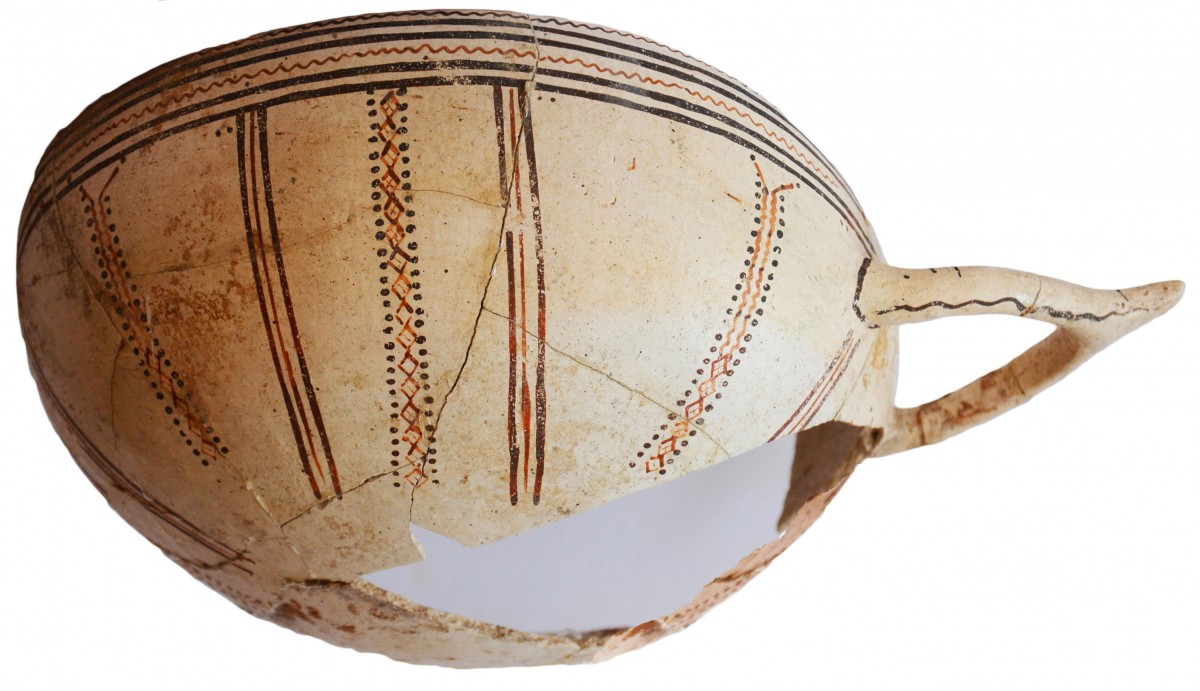 Dromolaxia-Vizakia: New parts of the ancient city came to light

Results of the May-June 2015 excavations

Results of latest surveys at the Dromolaxia-Vizakia site demonstrate that the Late Bronze Age ancient city stretches much further out to the north than earlier thought.

The size of this ancient city is estimated to be between 25 and 50 ha. Only a small portion of the city, the history of which goes back to the 16th century BC (or even earlier according to the ceramic remains), has so far been excavated.

At around the mid-12th century BC the city was destroyed and abandoned, never to be reoccupied again.

Excavations conducted during five weeks in May and June 2015, by a Swedish team, headed by Professor Peter M. Fischer (University of Gothenburg), revealed another hitherto unknown city quarter of Dromolaxia-Vizakia (Hala Sultan Tekke) west of Area 6 (henceforth termed Area 6 West). The discovery of this city quarter was made possible through the use of sophisticated ground penetrating radar and a magnetometer as part of a cooperative project between the University of Gothenburg and the University of Vienna, the team of the latter headed by  Dr. Immo Trinks. The geophysical prospecting has been the third in a row of surveys which were carried out in 2010, 2012 and 2014. The georadar results – supported by magnetometer measurements – suggested a stone-built compound of approximately 50×40 m. Once again, the results demonstrate that the city stretches much further out to the north than earlier thought (i.e. towards the ancient harbour, now the Salt Lake, and to the west in relation to Area 8 which had been exposed by the late P. Åström in the 70s, 80s and 90s).

The preliminary 2015 results suggest three phases of occupation: Strata 1 (most recent), 2 and 3. According to traditional pottery schemes the pottery of the uppermost two strata can be dated to the 12th century BC. Nevertheless, according to 13 radiocarbon samples from these two strata, there is only a difference of less than 50 calendar years between the most likely dates for the transition from Stratum 2 to Stratum 1. Thus, one may argue – based on radiocarbon –this transition must have occurred sometime during the second half of the 13th century BC, shortly after 1200 BC at the latest. Once again, it became evident that both strata were destroyed by catastrophic events, as indicated by layers of ash and shattered architectural structures. For Stratum 3 there are two alternatives: a) Stratum 2 was built on a layer of ash, suggesting that there had been an earlier catastrophic event, prior to the settlement of Stratum 2 or, b) the ash layer corresponds to the general catastrophe that occurred during Stratum 2 and that some structures were repaired immediately after the catastrophe but still during the period of occupation which corresponds to Stratum 2.

In the city quarter, where excavations were carried out in 2015, the stone structures have suffered severely from farming activities: stones have been moved from their original position by ploughs and the plough has left its marks on larger stones which remain in situ.

One of the walls of Stratum 1 which is still in situ is almost double the width of the walls belonging to “standard” domestic or industrial buildings. The wall was certainly part of a building that had quite a different function, perhaps a defensive structure, which, if verified, will be the first of its kind at Dromolaxia-Vizakia (Hala Sultan Tekke).

In Stratum 2, which is much better preserved, a compound consisting of several rooms was exposed. It seems that the compound had an industrial function, considering that its main installation is a rectangular basin of 2.65 m x 2.05 m. with a preserved height of 0.30 m and a calculated volume of roughly 2-3 cubic m. The walls of this well-preserved basin are of a plaster-like material, bound with stones. No associated tools have been found that could indicate the basin’s function. However, a preliminary interpretation suggests that it was used for dying textiles purple. Murex shells were the raw material from which the purple was extracted and they were found in a room some 30 m. to the west. Another possibility is that the basin was used for leather tanning. Finds from Stratum 2 include several lead sling bullets, alabaster vessels including an almost complete pilgrim flask, small quantities of Mycenaean-imported pottery and faience objects of obvious Egyptian origin.

Test trenches in Area A, approximately 500 m. east of Area 6 West, exposed several wells, cisterns and at least one offering pit near two rich tombs. The offering pit, which is associated with one of the tombs, produced a rich assemblage of intact, complete or almost complete finds including much complete pottery of high quality from the first half of the Late Cypriote period. The offering pit is preliminarily dated to the 15th c. BC.

A well/cistern, also excavated in Area A, contained several complete vessels of Base-ring I and II, and White Slip II, and a scarab of white paste depicting a bearded sphinx and hieroglyphic signs. The preliminary date of the scarab is the Egyptian 19th Dynasty (roughly 13th – 12th c. BC). Amongst the faunal remains from the same well/cistern are a large turtle (total length more than 0.7 m) and a violently killed dog. Another well from roughly the same period contained the remains of camel, cattle, and sheep and goat.