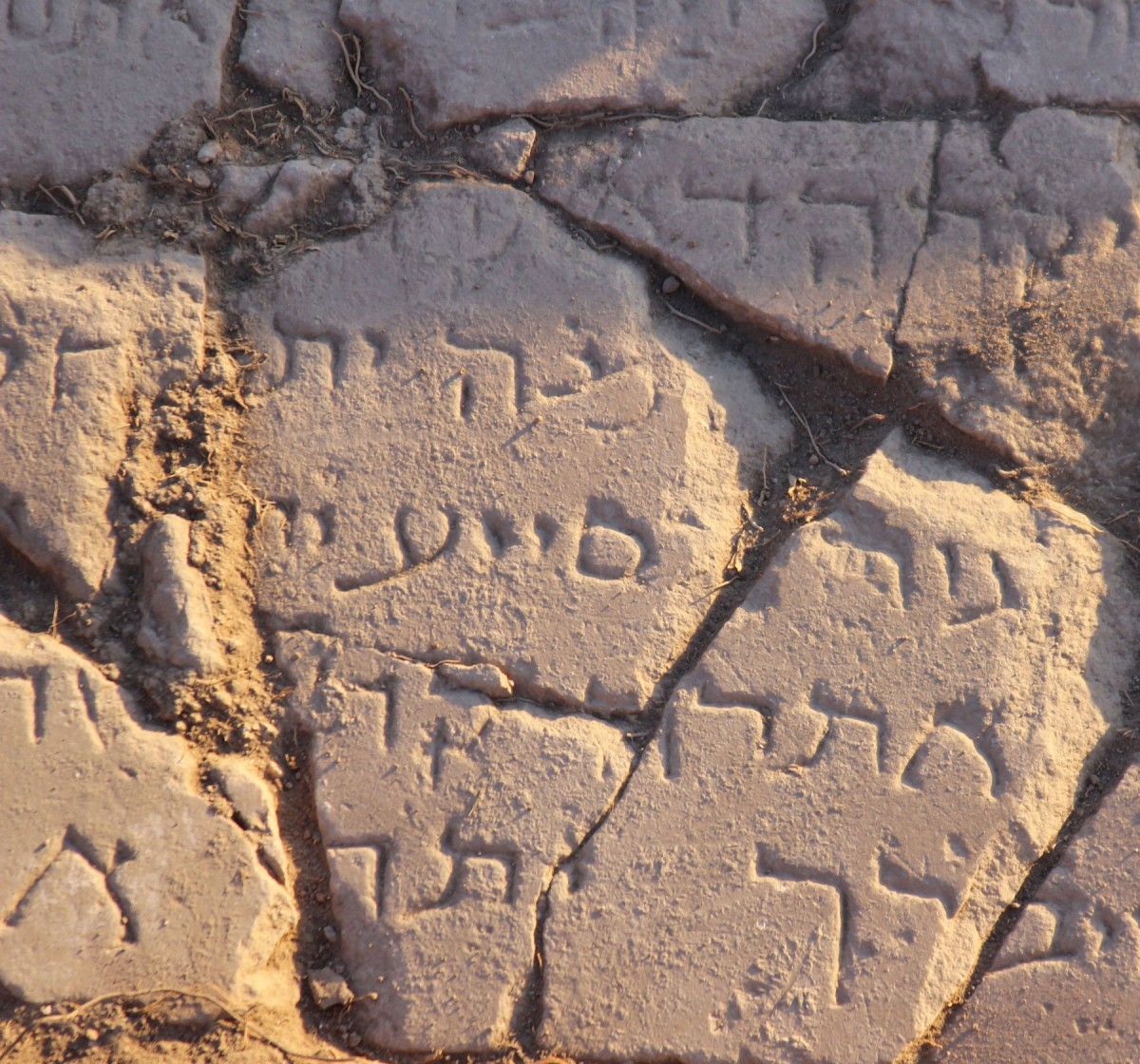 On the shores of the Sea of Galilee

Excavations at the Kursi site on the shores of the Sea of Galilee have uncovered an inscription in Hebrew letters engraved on a large marble slab, dating back ca. 1,600 years. No similar artifact has even been found before in Israel, and the finding confirms for the first time that the ancient settlement at the site was Jewish or Judeo-Christian. The excavation is led by Dr. Haim Cohen and Prof. Michal Artzy of the Hatter Laboratory in the Recanati Institute for Maritime Studies at the University of Haifa, in cooperation with the Antiquities Authority and the Nature and Parks Authority’s Kursi Beach site.

The existence of an ancient settlement at the site, on the northeast shore of the Sea of Galilee, has been known since the 1960s, when Mendel Nun of Kibbutz Ein Gev, together with Prof. Avner Raban of the University of Haifa, found remnants of a large breakwater under the sea during their survey. They also noticed some stones, possibly belonging to a public building. Not far away, remnants were later found of a city whose main features resembled those of a Christian site from the Byzantine period (5th century CE). In 1980 the entire site became a national park and was named Kursi, after a Syrian village that had previously existed nearby. The common assumption was that the site was synonymous with Kursi mentioned in the Jewish Talmud as a site if the synagogue possibly named after Yonadav son of Raghav and also as the “Land of the Gederenes” mentioned in the New Testament as a site visited by Jesus during his travels around the Sea of Galilee, and as the place where he performed a miracle by casting out demons and driving them into a herd of pigs (the Miracle of the Swine).

A sharp fall in the level of the Sea of Galilee enabled researchers from the Hatter Laboratory in the Recanati Institute for Maritime Studies at the University of Haifa to return to the excavations around the breakwater, thanks to the support of the Avery-Tsui Foundation from the US, and in cooperation with the Antiquities Authority, Kursi Beach site, and the Nature and Parks Authority. The researchers soon realized that the ancient harbor was much larger than had previous been thought. While it may have formed part of the Byzantine site, it is also possible that it constituted an adjacent but separate settlement. It is possible that the ancient city of Sussita, which is also being excavated and investigated by researchers from the University of Haifa and is situated not far away, also used the services of the harbor.

However, nothing could have prepared the researchers for an exceptional finding: A marble slab made from a single piece with dimensions of ca. 140 cm by 70 cm bearing an engraving written in the Aramaic language in Hebrew letters. The researchers have already managed to decipher two words from the inscription: “amen” and the word “marmaria.” This latter word is probably the word for “marble,” although some scholars suggest that it could refer to Maria’s great Rabbi, as ‘mar’ means Rabbi. According to the researchers, an inscription in Aramaic in Hebrew letters dating to the year ca. 500 CE suggests that the settlement at the site was Jewish, or at least mixed. Accordingly, they added, the most reasonable assumption is that 500 years earlier the settlement would have been entirely Jewish. “The presence of a Jewish site on the eastern shores of the Sea of Galilee is a very rare phenomenon. Until now we have not had any proof that Jewish settlements existed during this period along the eastern shores of the Sea of Galilee” Dr. Cohen explained.

The combination of all the findings led the researchers to go back 2000 years, to Jesus’s visits to the area as described in the New Testament, and particularly to the “Land of the Gederenes,” a name that refers to Kursi. According to the New Testament, Jesus came to Kursi after crossing the Sea of Galilee from one anchorage to another. Since this is the only harbor in the area, the scholars believe that this story, together with the inscription indicating the Jewish origins of the settlement, together provide archeological evidence that this site may indeed be the Kursi of the New Testament.

The inscription testifies to the Jewish roots of the settlement and is also unique in other respects. Indeed, it is the first artifact of its kind found in Israel. Most of the dedication plates from this period were made as mosaics embedded in the floor of the compound; this is the first of its kind engraved on marble commissioned specially from Greece. The inscription was found at the entrance to an inner room inside a building that probably served as a synagogue. “The dedication comprises eight lines, so that it is very detailed or expansive. In most cases we do not find so many words in Hebrew letters engraved on stone, so the person to whom the inscription was dedicated must have had a tremendous influence on the local people. There is no parallel for such a detailed and expensive dedication in archeological findings to date in Israel,” Prof. Artzy notes.