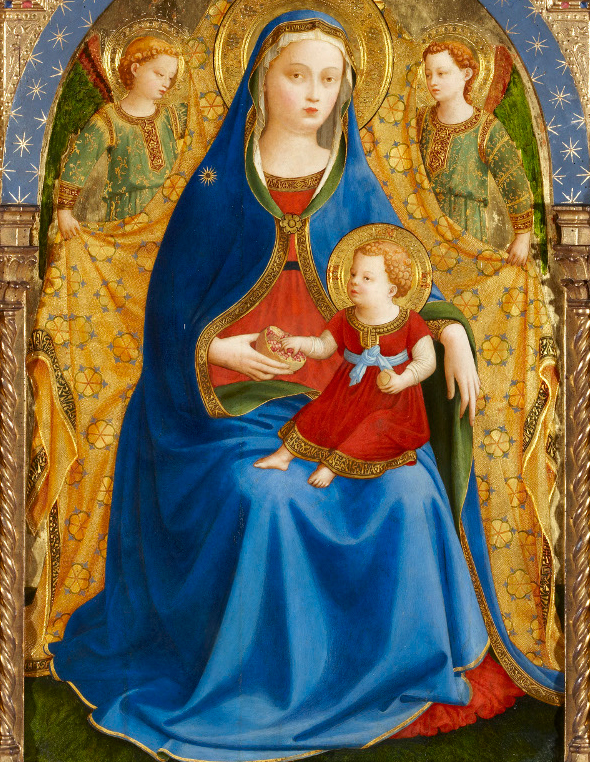 From the Alba ducal collection

A remarkable masterpiece in an excellent state of conservation, the Virgin of the Pomegranate is expected to become one of the icons of the Museo del Prado. The Museum has acquired it for €18m from the Spanish Alba ducal collection.

Carlos Fitz-James Stuart y Martínez de Irujo, the 19th Duke of Alba de Tormes, also donated another important Florentine work to the Museum, a predella panel on the subject of the death of Saint Anthony Abbot, which has recently also been attributed to Fra Angelico following a study of the work at the Museum.

Fra Angelico was previously only represented in the Museum’s collection by The Annunciation.

The Virgin of the Pomegranate is a remarkable work painted at one of the key moments in the history of European art, in early 15th-century Florence, by one of its most important artists: Guido di Pietro (Mugello, 1390 – Rome, 1455), better known as the Beato Angelico or Fra Angelico. It is one of a series of Virgin and Child compositions that Fra Angelico painted in the 1420s and which reveal his increasing mastery of anatomy, light and space. This group also includes The Virgin of Humility in the Museo Thyssen.

The Virgin of the Pomegranate takes its name from the pomegranate held by the Virgin and which attracts the attention of the Christ Child, who touches it. In this context the fruit has a double meaning: in the Virgin’s hands it refers to her chastity, while by touching it the Christ Child prefigures his own death and resurrection. This iconography was widely used in 15th-century Florence where it interested artists such as Sandro Botticelli and Leonardo da Vinci.

It is not known for whom The Virgin of the Pomegranate was painted but it can be said that this was an exceptional commission given the outstanding quality of the materials used. Particularly striking is the abundance of gold, not just in the visible areas such as the textile hanging behind the figures but also as the base for the grass-covered ground on which they are located.