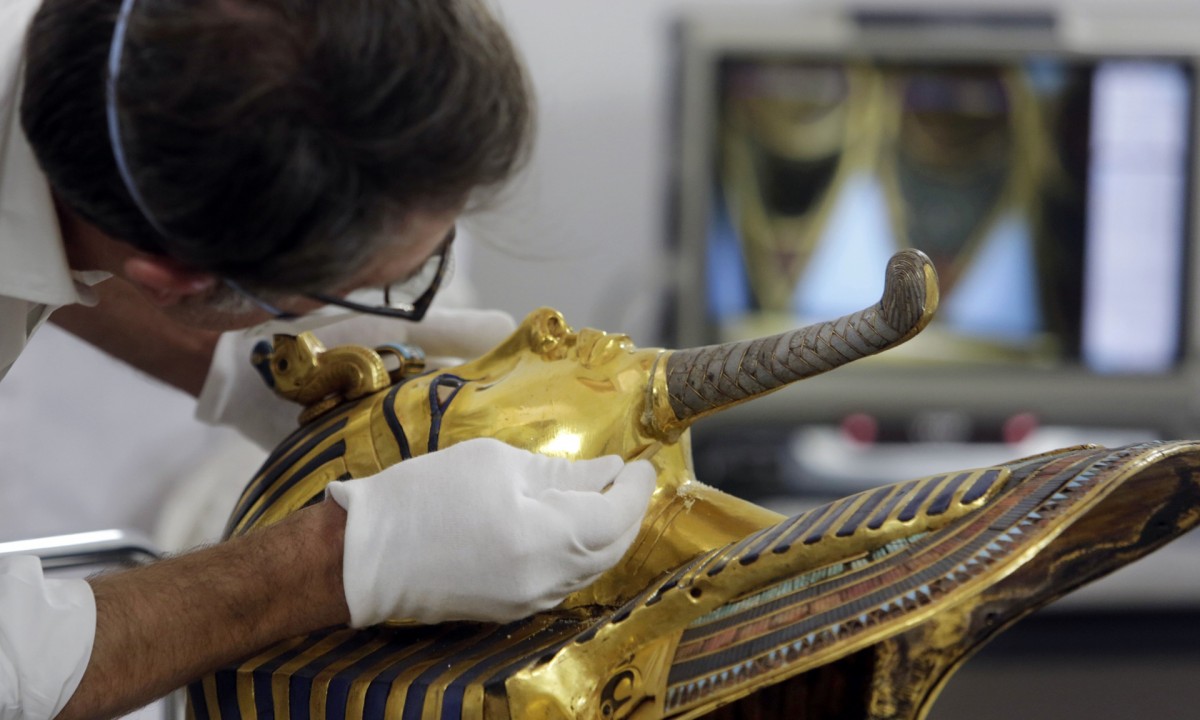 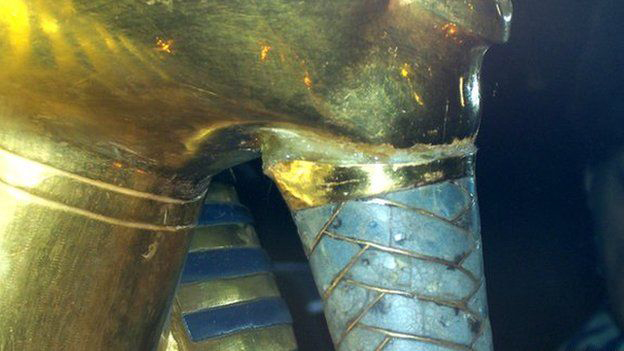 Mask got scratched in the attempt to cover up the mistake, prosecutors say

Eight people involved in the botched repair of King Tutankhamun’s golden mask two years ago now face trial for “gross negligence”. The beard of the 3,300-year-old mask was knocked off by mistake and then glued on with epoxy. Though the damage was corrected last year, prosecutors say that the artefact got scratched at some point in one of the attempts to reattach the beard. The accused Egyptian Museum employees made four attempts to fix the damage.

“Ignoring all scientific methods of restoration, the suspects tried to conceal their crime by using sharp metal tools to remove parts of the glue that became visible, thus damaging the 3,000-year-old piece without a moment of conscience,” according to the statement issued by the Administrative Prosecution.

The suspects are: the former director of the Egyptian Museum, the former chief of the restoration department, two restorers, and four senior restoration experts.

One report, in the Daily News Egypt, includes a detailed description of the sequence of events:

“According to the technical report of the official representatives of the committee of antiquities, the issue initially began with an electric disruption of the round base that lit the mask.

“The report said that, at first, the mask had been successfully lifted and the electricity problem fixed. But then, the employees who were to replace the mask in its displayed carried it incorrectly. The face of the mask was carried inside instead of being face-up to avoid any friction.

“Their mistreatment resulted in damage to the beard. Subsequently, the suspects tried to reattach the beard but failed to adhere to the protocols of antiquities’ restoration, which require the mask be taken to a conservation lab.

“Naturally their operation was unsuccessful, the AP said, which pushed them to repeat the attempts. The suspects excessively used epoxy glue, which is not what is professionally used. The suspects struggled to erase the visible glue traces, on 30 October and a second time on 2 November 2014.”

However King Tut’s beard had been detached in the past. In fact, the issue dates back to 1922, when Tutankhamun’s tomb was discovered.

Christian Eckman, the German restoration expert who was called in by Egyptian to take part to the mask’s restoration said “The study of the mask showed that its beard was detached and was not fixed back till 1946”.

Friederike Fless, president of the German Archaeological Institute in Cairo, which also took part in the mask’s restoration process, said that “The 2014 damage was exaggerated, since the beard was previously detached as the examination showed.”