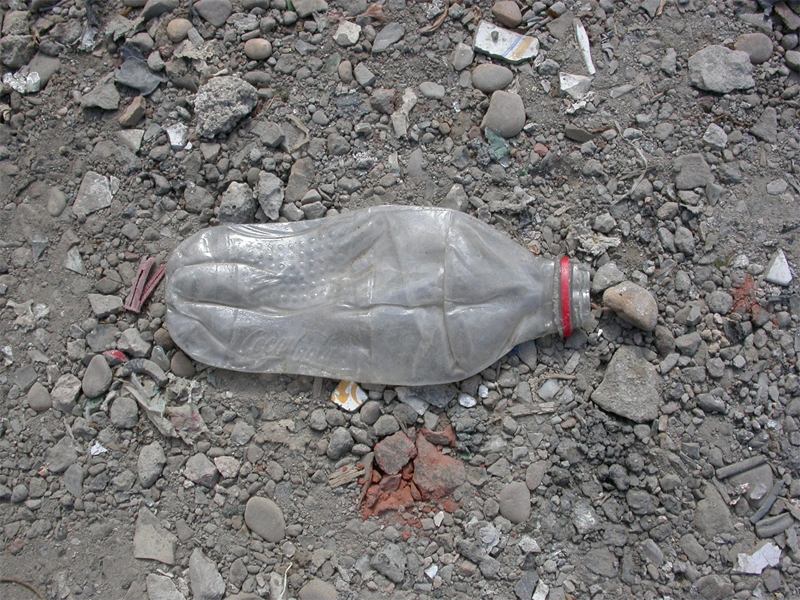 Evidence suggests Earth is entering an ‘Age of Plastic’

Planet Earth’s oceans and lands will be buried by increasing layers of plastic waste by the mid-century due to human activity, according to research led by the University of Leicester.

Evidence suggests Earth is entering an ‘Age of Plastic’

A new study, which has been published in the journal Anthropocene, examines the evidence that we now live in the Anthropocene, an epoch where humans dominate the Earth’s surface geology, and suggests that the surface of the planet is being noticeably altered by the production of long-lasting man-made materials, resulting in us entering an ‘Age of Plastic’.

Jan Zalasiewicz, Professor of Palaeobiology from the University of Leicester’s Department of Geology explained: “Plastics were more or less unknown to our grandparents, when they were children.  But now, they are indispensible to our lives. They’re everywhere – wrapping our food, being containers for our water and milk, providing cartons for eggs and yoghourt and chocolate, keeping our medicines sterile. They now make up most of the clothes that we wear, too.

“Plastics are also pretty well everywhere on Earth, from mountain tops to the deep ocean floor – and can be fossilized into the far future. We now make almost a billion tons of the stuff every three years. If all the plastic made in the last few decades was clingfilm, there would be enough to put a layer around the whole Earth. With current trends of production, there will be the equivalent of several more such layers by mid-century.”

The study suggests that plastics have such a long-lasting impact on the planet’s geology because they are inert and hard to degrade. As a result, when plastics litter the landscape they become a part of the soil, often ending up in the sea and being consumed by and killing plankton, fish and seabirds.

Plastics can travel thousands of miles, caught up in the ‘great oceanic garbage patches’, or eventually being washed up on distant beaches. Plastics can eventually sink to the sea floor, to become a part of the strata of the future.

The rise of plastics since the mid-20th century, both as a material element of modern life and as a growing environmental pollutant, has been widely described. Their distribution in both the terrestrial and marine realms suggests that they are a key geological indicator of the Anthropocene, as a distinctive stratal component.

Professor Zalasiewicz added: “Plastics will continue to be input into the sedimentary cycle over coming millennia as temporary stores – landfill sites – are eroded. Plastics already enable fine time resolution within Anthropocene deposits via the development of their different types and via the artefacts, known as ‘technofossils’, they are moulded into, and many of these may have long-term preservation potential when buried in strata.

“Once buried, being so hard-wearing, plastics have a good chance to be fossilized – and leave a signal of the ultimate convenience material for many million years into the future. The age of plastic may really last for ages.”

The study was carried out by an international team of scientists including the University of Leicester’s Professors Jan Zalasiewicz and Mark Williams and PhD student Yasmin Yonan from the Department of Geology and field archaeologist Dr Matt Edgeworth who is an Honorary Visiting Research Fellow from the School of Archaeology and Ancient History.

Dr Edgeworth said: “It may seem odd to think of plastics as archaeological and geological materials because they are so new, but we increasingly find them as inclusions in recent strata. Plastics make excellent stratigraphic markers.”

In 2016 the Anthropocene Working Group led by Professor Jan Zalasiewicz will gather more evidence on the Anthropocene, which will help inform recommendations on whether this new time unit should be formalized and, if so, how it might be defined and characterized.

Colin Waters from the British Geological Survey, a co-author in the study, added: “We have become accustomed to living amongst plastic refuse, but it is the ‘unseen’ contribution of plastic microbeads from cosmetics and toothpaste or the artificial fibres washed from our clothes that are increasingly accumulating on sea and lake beds and perhaps have the greatest potential for leaving a lasting legacy in the geological record.”