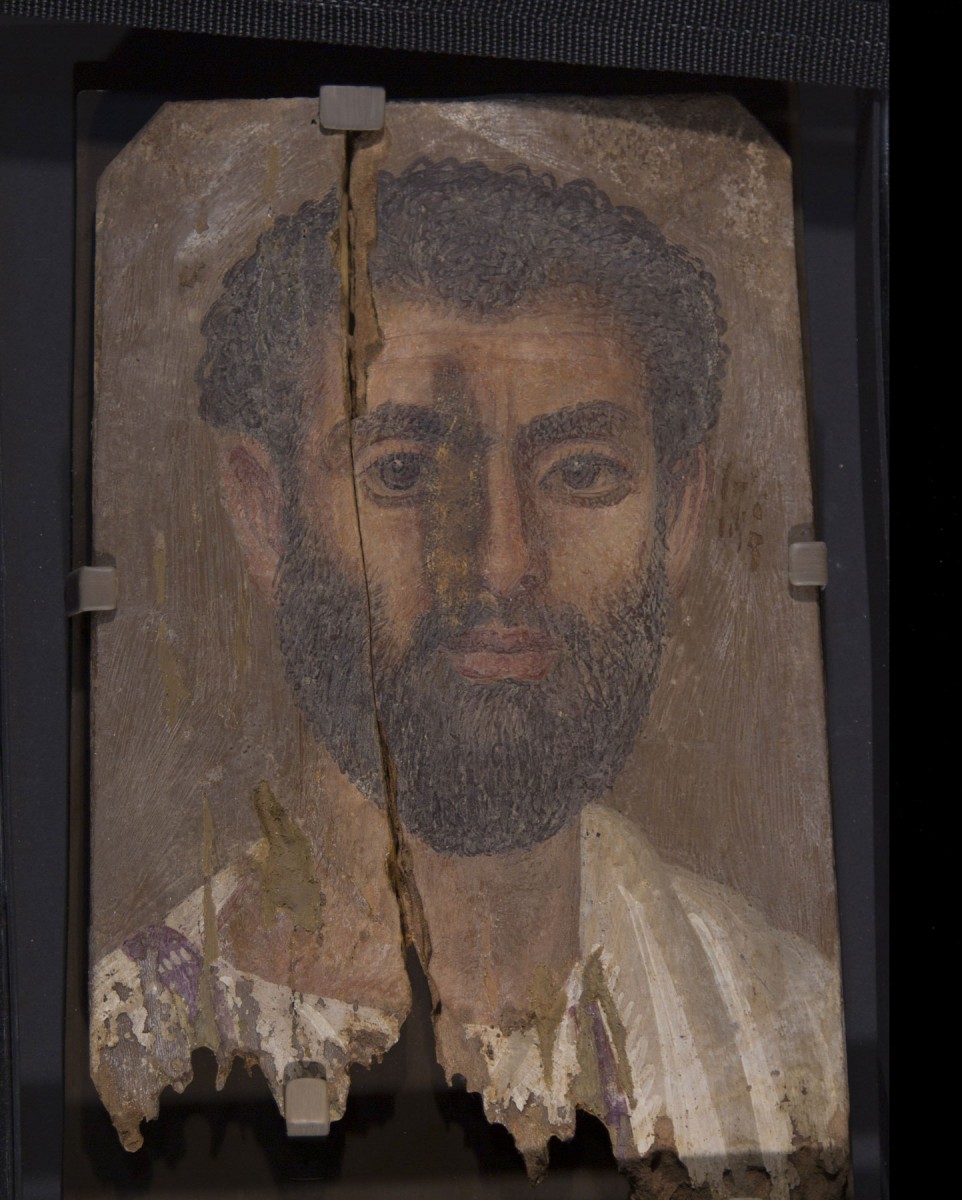 Providing a fresh and rich archaeological context for the Tebtunis portraits

A Northwestern University research team has taken CSI to a whole new level: employing sophisticated scientific tools to investigate details of the materials and methods used by Roman-Egyptian artists to paint lifelike mummy portraits more than 2,000 years ago. These visages of the dead are considered to be antecedents of Western portraiture.

Marc Walton and his interdisciplinary team have uncovered telling clues about the paintings’ underlying surface shapes and colors. The new details, when coupled together, provide the researchers with very strong evidence as to how many of the 15 mummy portraits and panel paintings were made.

Walton, a senior scientist at the Northwestern University-Art Institute of Chicago Center for Scientific Studies in the Arts (NU-ACCESS), shared details of the nearly two-year investigation on Feb. 14 at the American Association for the Advancement of Science (AAAS) annual meeting in Washington, D.C., in both a presentation and press briefing.

The researchers identified the pigments used by the artists and the order the paints were applied and to which regions, as well as sources of materials and the style of brushstrokes used. Details of the pigments and their distribution led the researchers to conclude that three of the paintings likely came from the same workshop and may have been painted by the same hand.

This knowledge will help scientists, art conservators and art historians better understand how painting techniques evolved in the Byzantine Empire and beyond.

“Our materials analysis provides a fresh and rich archaeological context for the Tebtunis portraits, reflecting the international perspective of these ancient Egyptians,” Walton said. “For example, we found that the iron-earth pigments most likely came from Keos in Greece, the red lead from Spain and the wood substrate on which the portraits are painted came from central Europe. We also know the painters used Egyptian blue in an unusual way to broaden their spectrum of hues.”

The well-preserved mummy portraits are extremely lifelike paintings of specific deceased individuals. Each portrait would have been incorporated into the mummy wrappings and placed directly over the person’s face. They were excavated more than 100 years ago at the site of Tebtunis (now Umm el-Breigat) in the Fayum region of Egypt. The set is now housed at the Phoebe A. Hearst Museum of Anthropology at the University of California, Berkeley.

Working with the museum’s art conservators, Walton and his collaborators used non-destructive and non-invasive techniques to extract information about the paintings’ underlying surface shapes and color. Optics expert Oliver Cossairt and signal processing analyst Aggelos Katssagelos, professors in the McCormick School of Engineering and Applied Science and members of Walton’s team, developed two of the key analytical tools.

“Our goal is to use objects themselves as evidence for their production,” Walton said. “In our interrogation, we have used a number of cutting-edge analytical tools developed here at Northwestern to uncover new and intriguing clues about how to identify the hand of an individual artist.”

Cossairt’s computational cameras captured a series of images of the portraits under different angles of illumination to examine the surface shape of the objects. Using an imaging algorithm called photometric stereo, the researchers were able to recover quantitative measurements of brush and tool marks.

The method also was used to determine how the artist layered the paint and to establish the order of the various pigments used in the paintings.

For measurements of color, visible hyperspectral imaging data was collected between the ultraviolet through the near-infrared range. Regions on the paintings were compared to dictionaries of reflectance spectra of pigments used in the Roman period and mined using Katasaggelos’ machine-learning algorithms.

Using these data as a guide, micro-samples of paint also were removed from discrete areas of the paintings for a “ground truth” determination of the pigments. More invasive analytical techniques of Raman microspectroscopy and scanning electron microscopy provided characteristic fingerprints for the pigments.

There are only a handful of other researchers in the world using hyperspectral imaging in combination with other non-destructive and micro-destructive techniques to understand how a work of art is made, Walton said.

Research on these mummy paintings, which is ongoing, will contribute to the international collaborative study project Ancient Panel Paintings: Examination, Analysis and Research (APPEAR), initiated by the J. Paul Getty Museum. APPEAR aims to create an international digital database to compile historic, technical and scientific information on Roman-Egyptian portraits.