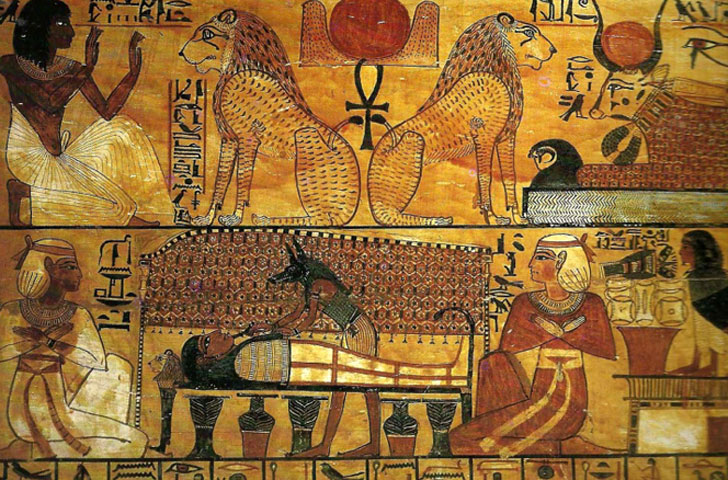 Sensing the Cosmos through the eyes of the divine

The conference “Environment & Religion in Ancient and Coptic Egypt: Sensing the Cosmos through the eyes of the divine” will take place in Athens, Greece, on Wednesday 1, Thursday 2 and Friday 3 February 2017. The conference is co-Organized by the Hellenic Institute of Egyptology & the Calligraphy Centre of the Bibliotheca Alexandrina.

The omni-presence of the Divine was manifest in every ancient Egyptian activity, the Egyp­tians being characterized by Hērodotos as «particularly pious» and Egypt as the «gift of River Nile» [see ΙΙ, 5: « […] ἐπίκτητός τε γῆ καὶ δῶρον τοῦ ποταμοῦ, … »].  The piety of the Egy­ptians (who were the most ancient conceivers of Monotheism) was also both a direct and an indirect consequence of their unique environmental conditions, their living space being the theatre of a continuous battle between the river and the desert, between light and dark­ness, between life and death, the animals and the plants being also part of this very macro-sphere of existence, as well as the minerals and the stones. Interestingly, the heavenly bodies and their irresistible epiphanies and periodicities had also enraptured the minds of ancient Egyptian priests-philosophers, who saw in them the seal of Divine Wisdom and an allegoric model for their highly expected resurrection and life after death in a celestial Paradise of elation, the latter being conceived as a mega-sphere of cosmic dimensions. Finally, the lives of the Egyptians of Antiquity were also determined and inﬂuenced (in their personal and social micro-spheres) by religion and by the Environment per se.

In this Conference we shall endeavour to study the Inter-Relations of Religion, Humans and Environment, based on inter-disciplinary approaches from several domains of the Archaeological Science, Egyptology, Theology, History and Sciences (e.g.: Archaeoastronomy, Geography, Archaegeology, Palynology, Archaeoanthropology). Based on the previous scopes and vision, the speciﬁc topics and the thematology of this Conference, that is held in memoriam of our unforgettable colleague and friend Prof. Dr Mosalam Shaltout (1946-2015), will be the following:

1. The surrounding Cosmos and the Space (Mega-Environment) as the manifestation of the Divine: Earth (as a planet), Moon, Sun, Planets and the Stars (Decans and other Con­stellations), their periodicities and their meta-physical semantics.

2. Earth/Egypt as the abode of humans/Egyptians (Macro-Environment): Sacred and Profane Landscapes. The River Nile and its impacts on religion and culture. The «sac­red» Geography of Egypt: space-time orientations, horizon, sky, Netherworld, Nile and the Nile-Valley, the Delta, the Desert.

4. Primary animals (mammals) as co-habitants of sacred and profane landscapes and as sym­bols (or avatars) of divine manifestations. Love-bonds between humans and their pets.

5. Birds and secondary animals (insects, amphibians & reptiles) as co-dwellers of sacred and profane landscapes, sometimes as enemies of humans, and as symbols (or avatars) of the divine (omni)presence, providence and power. The Solar-Osirian bnw-bird (~ phœnix).

6. Minerals as the «crystallized» or «petriﬁed» manifestation of the divine upon Earth, as meta-physical symbols of certain colours and as substances for the making of amulets, sta­tues, jewels, architectural members of temples and tombs and of religious «ornaments» or «jewels». Meteoritic iron and its use for the opening of the mouth ceremony.

7. Aromatic [incense (snTr), myrrh (antyw), kyphi (kApt), cinnamon (tiSps), e.t.c.], medicinal (herbs and medicines) and other substances (e.g.: natron/Hsmn), as parts of the creation offe­red to appease/adore gods and/or to deliver human suffering. Plants, trees, ﬂowers, gar­dens and oases in ancient Egypt and their relation to both gods and humans.

8. Inscriptions, texts and every epigraphic source related to all the above, especially to astronomical and cosmographic notions and to the Environment, plants and animals.

The submitted papers (after peer-review and possible amendments) will be published by an International Publishing House and one volume will be offered gratis to each author. Please, kindly send a title and a short abstract of your proposed paper (latest by the end of March 2016) and we shall an­swer you very soon about its acceptance. All participants are expected to follow strictly the editorial rules (which will be communicated later to them) and send their ﬁnal papers respecting the deadlines. All participants will have the opportunity to check one draft of their edited paper for corrections.

This Conference will take place to honour the memory of Prof. Dr Mosalam Shaltout, renowned Solar Astronomer and Archæoastronomer, who fruitfully studied the Astrono­my of ancient Egyptians. He was an unforgettable colleague, a good friend, an efﬁcient col­laborator and a very nice person. By participating in this Conference, you pay an ethic debt to his memory! In a period of turbulence and violence against innocent victims all over the globe, with this multi–ethnic and inter–disciplinary Conference, uniting humans from all over the world, we want to point out that the human race can proceed and evolve in peace, unity, tolerance and collaboration, independent of nationalities, religious or other cultural differences. Many thanks and many kind regards from Athens by both the LOC and the SOC.