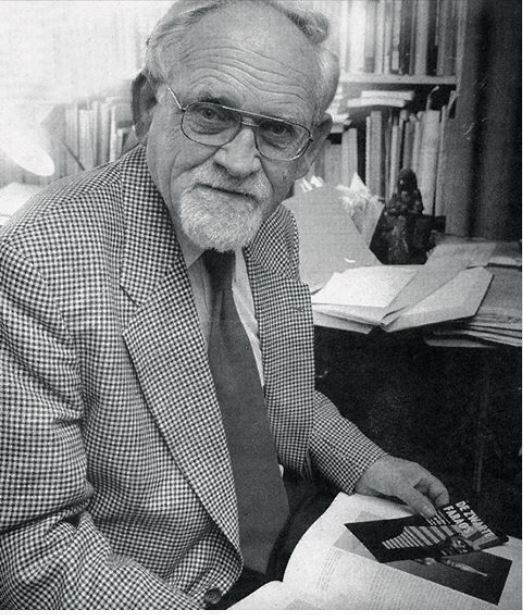 Professor of Egyptology at the University of Groningen

Herman te Velde, Professor of Egyptology at the University of Groningen, died on Sunday 26 May 2019.

Herman te Velde was born in Colmschate near Deventer on 3 October
1932. He initially studied Theology at the University of Groningen,
but soon became interested in the History of Religion and especially
the religion of Ancient Egypt.

His first steps in Egyptology he took under the guidance of his beloved teacher Prof. Theo van Baaren, who in the tradition established in Groningen by Gerardus van der Leeuw also taught Egyptian, and then continued his studies under Helmuth Jacobsohn in Marburg. In 1967 he defended his doctoral thesis on Seth, God of Confusion, which was published by Brill in the series ‘Probleme der Ägyptologie’ and soon gained the status of a classic in Egyptology.

In 1970 he became the head of the newly founded Institute of Egyptology within the Faculty of Arts of Groningen University, but he also continued to teach Egyptian religion at the Faculty of Theology. He participated in fieldwork in Egypt, joining missions of the IFAO in the Temple of Montu, the University of Pennsylvania at Dra Abu’l Naga, and the Brooklyn Museum in the Temple of Mut. His research focused on Egyptian religion, resulting
in important articles about various Egyptian gods and goddesses, notably Horus and Seth, Shu, and Mut, as well as other aspects of Egyptian mythology and cultural history.

He retired in 1997, but for many years continued to read Egyptian texts with a group of his former students. He was much loved by his students and his colleagues and will be sorely missed by everyone who knew him.