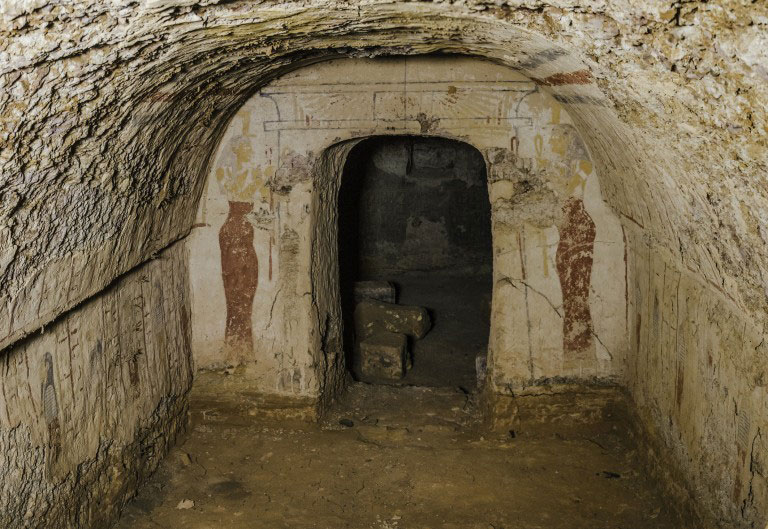 The pyramid complex of a Nubian queen reopens for documentation

By the Qatari Mission for the Pyramids of Sudan

The pyramid complex of a Nubian queen reopens for documentation by a Qatari mission, almost 100 years after its first exploration.

The pyramid, situated at the royal cemetery of Meroe in modern day Sudan, was built during the early 4th century BC to mark the burial of Queen Khennuwa; the burial itself was housed in a series of subterranean chambers 6 m. underneath the pyramid, their walls full of wall-paintings and inscriptions in hieroglyphs. The burial complex (the pyramid and its subterranean spaces) was first located and excavated by George Reisner in 1922, who documented his finds in a few photographs and hand-copies; poorly for today’s standards. For the following years, academia and the public had virtually no access to the stunning interiors of the Queen’s final resting place but also the vast piece of info it would give us about funerary practices in her kingdom, the Meroite Empire.

Enter the Qatari Mission for the Pyramids of Sudan, aiming to investigate, document and preserve more than 100 pyramids in the royal cemeteries at Meroe, center of the vast empire developed south of the Nile’s 1st cataract, after the (Nubian) 25th Dynasty’s withdrawal from Egypt in the 7th c. BC and up to the end of the 4th c. BC. Part of the Qatar-Sudan Archaeological Project (QSAP) a joint initiative of the State of Qatar and the Republic of Sudan, the Mission works closely with the Sudanese National Cooperation of Antiquities and Museums and the DAI in Berlin. Now, almost a century since Reisner’ s work at Khennwua’s pyramid, QMPS has reopened her subterranean burial chamber to document it, using state of the art technologies, that will serve as a basis for archaeological research in the future. For the time being, the team has produced some impressive images of the chambers’ stunning interiors and the funerary texts covering them, which, being similar to Egyptian 25th Dynasty funerary texts, reflect that the Egyptian influence on the period’s funerary beliefs (the pyramid is one of the necropolis’ earliest) was still strong. Through conservation and enhancement, the Mission aims to make the burial of Queen Khennuwa accessible for the public.