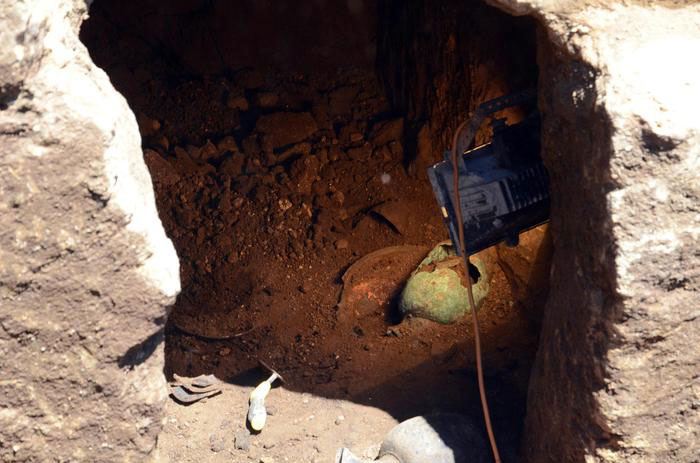 A tomb in northern Italy, discovered earlier this year, has yielded treasures attributed to an Etruscan princess after excavations. The tomb was discovered at the site of Vulci, a former Etruscan city.

Among the findings archaeologists unearthed anamber necklace, a golden Egyptian scarab amulet and rare pottery. Further anthropological research provides support to the theory it was an Etruscan princess buried in the tomb, her few bones wrapped in precious cloth.

The excavation was conducted in the laboratories of the Vulci foundation, in Montalto di Castro near Viterbo. A new excavation campaign is planned to take place at the site, starting April, by a team of archaeologists from around the world.