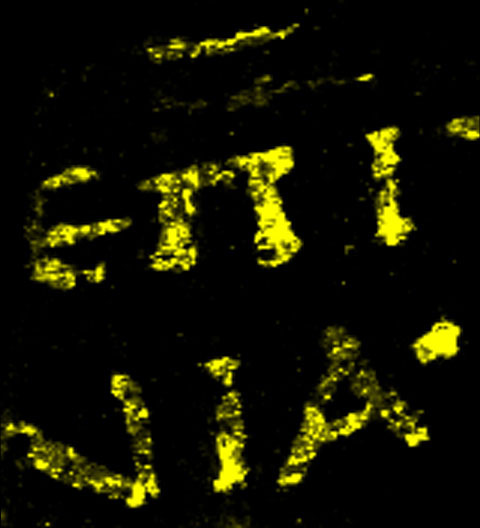 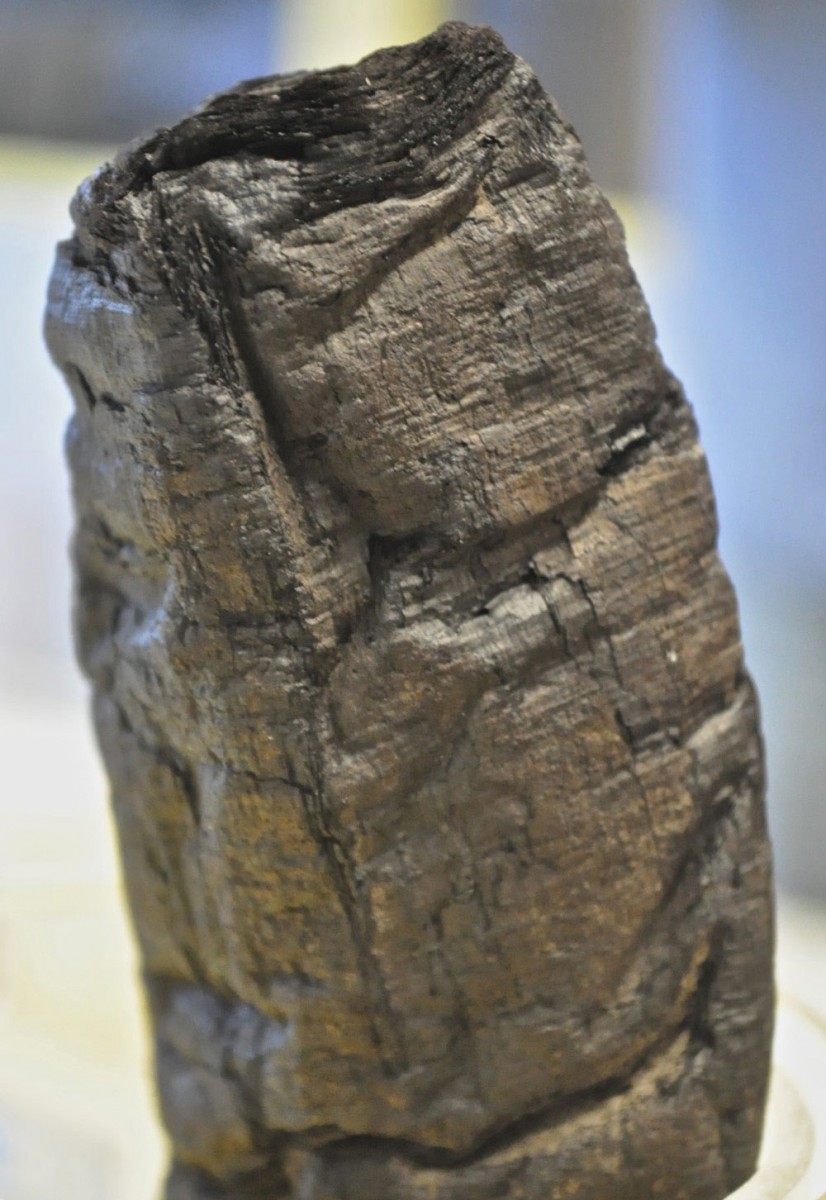 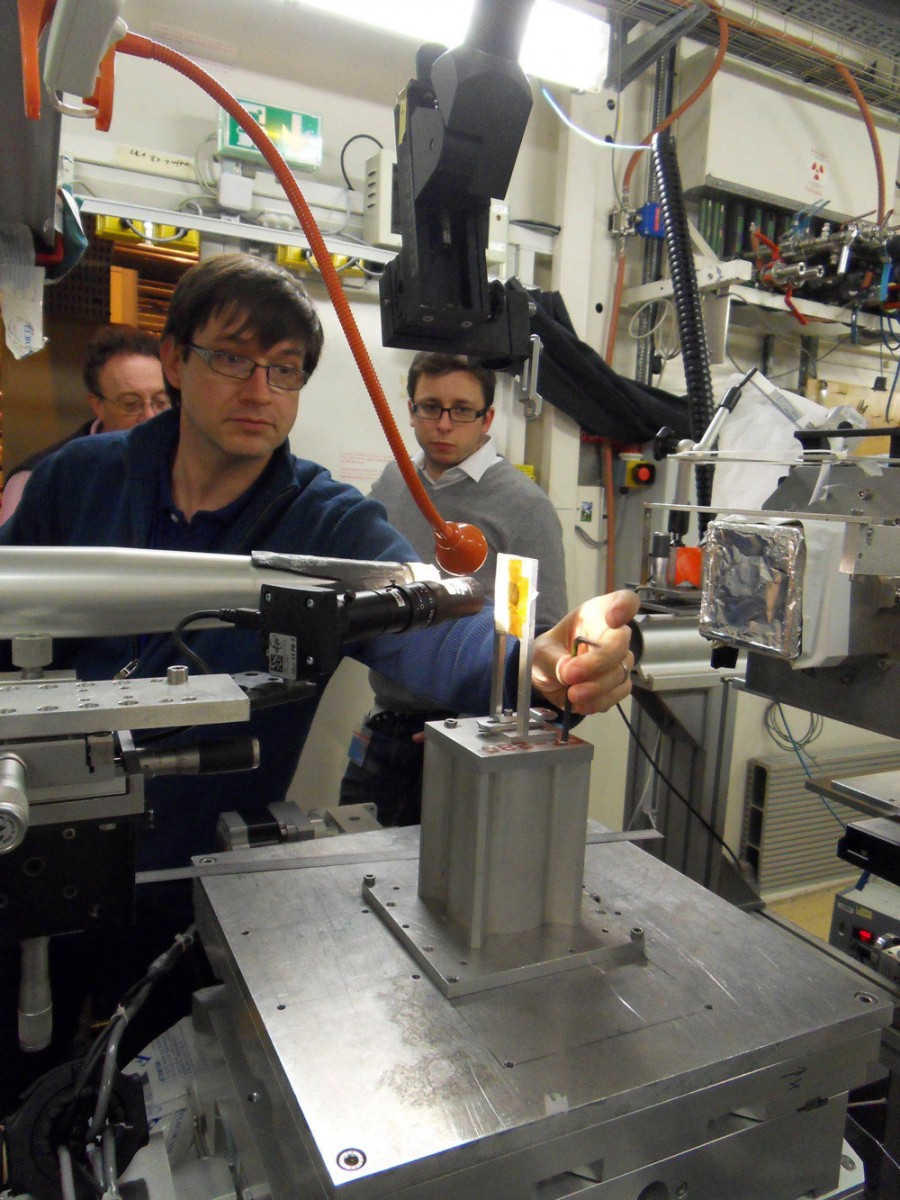 Previous Next
View all photos
Photo caption
News: The history of writing

Using a combination of synchrotron techniques

An international team of scientists has discovered the presence of metal in the ink of two Herculaneum papyrus fragments proving that metals were used in ink several centuries earlier than previously believed.

The international team of scientists used a combination of synchrotron techniques on the ESRF’s ID21 beamline to study two fragments of papyrus and resolve the chemical composition of the ink.

In January 2015, thanks to a novel, non-invasive X-ray imaging technique (X-ray phase contrast tomography) developed at the ESRF, scientists were able to decipher words and reconstitute an almost complete Greek alphabet from inside the very badly damaged and rolled papyrus scrolls, carbonised during the eruption of Mount Vesuvius in 79 AD.

Since this discovery, scientists have continued to reveal the secrets of the Herculaneum papyri using synchrotron light. This latest scientific discovery deeply modifies our knowledge of Greek and Latin writing in Antiquity and opens new research perspectives for the study of these precious scriptures. The results are published in PNAS on 21 March 2016.

Roman author, naturalist and natural philosopher, Pliny the Elder, when describing the various types of papyri in the mid-1st century AD remarked that writing on paper is essential to civilization. A rigorous scientific study of writing is of fundamental importance for the historical understanding of ancient societies. The carbonised Herculaneum papyri, discovered between 1752 and 1754, constitute the only complete library ever discovered dating from Antiquity and containing unique examples of unknown philosophical texts.

Until now it was assumed that the ink used for Greek and Roman manuscripts was carbon-based and that metal was only introduced to ink from the 4th century AD. In his Natural History, Pliny the Elder describes the carbon-based ink used in Antiquity, which was obtained from smoke from wood burnt in furnaces without any deliberate addition of metal. The only known use of metallic ink before this period was for the writing of secret messages in the 2nd century BC. From around 420 AD, a metallic iron-gall mixture was elaborated and adopted as a new writing ink for parchments. Thereafter metallic inks became the standard for parchments in late Antiquity and for most of the Middle Ages.

The international team of scientists from the ESRF, l’INSERM, the University Grenoble Alpes, the CNRS (France), the University of Ghent (Belgium), the CNR (Italy), discovered metallic ink in the two fragments of papyrus from the Herculaneum library. By combining several synchrotron X-ray techniques: multi-scale X-ray fluorescence micro-imaging on ID21 beamline, X-ray diffraction on ID11, and X-ray absorption near edge structure on BM26, determined that the ink contained fairly high levels of lead. Their studies also proved that the strong concentration of metal could not be attributed to lead contamination of water or from a copper inkpot or a bronze container.

A change of paradigm for the history of writing

The findings of this research modify our knowledge of the history of writing and date the use of metallic ink back to the 1st century AD. The research also opens promising paths of exploration to reveal the contents of the rolled papyri scrolls from Herculaneum and for other archaeological discoveries, through a better choice of imaging technique to be used and the wavelengths to be selected.

Emmanuel Brun, main author (ESRF-INSERM) said: “This discovery is a new step in the exciting adventure of studying the papyrus of Herculaneum. The different phases of the present study on the ink will allow us to optimize the next experiments on the reading of the invisible text within papyri.”

Daniel Delattre, papyrologist from the CNRS-IRHT- Institut de Recherche et d’Histoire des Textes added: “For nearly 2000 years, we thought we knew everything, or almost everything, about the composition of antique ink used to write on papyrus. The highly specialised studies carried out at the European Synchrotron show us that we must be wary of our ideas and that the ink also contained metal, notably lead in sizeable quantities.”

Vito Mocella (CNR, Italy) concluded: “Thanks to a pooling of expertise during our various experiments on several ESRF beamlines, we pushed our knowledge of inks of this period of antiquity to a level never reached before.”