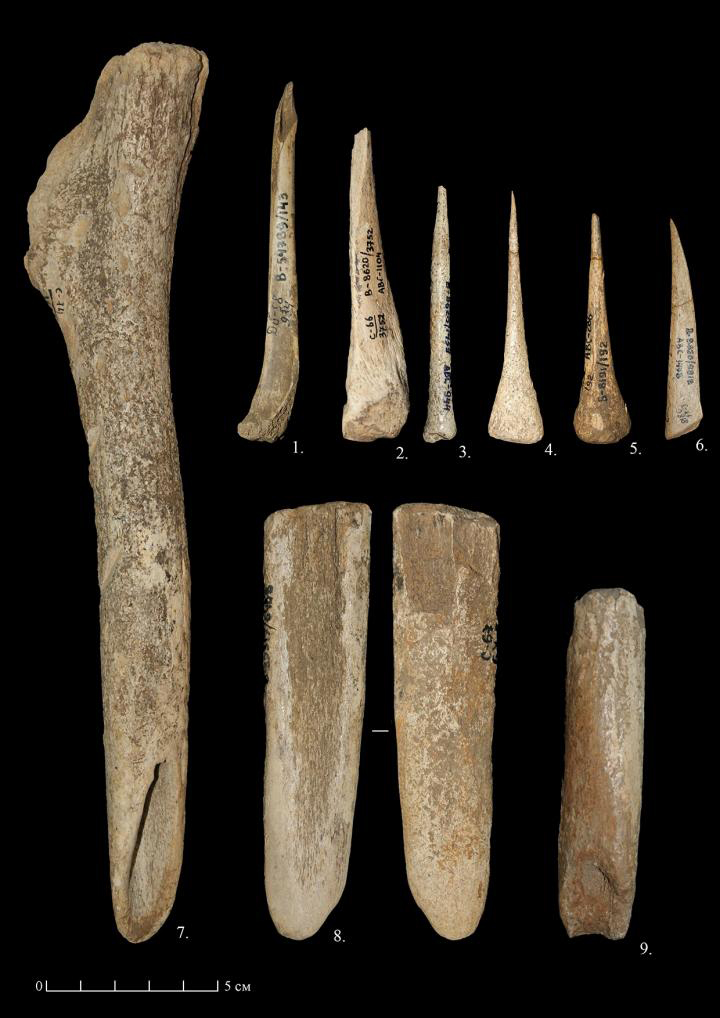 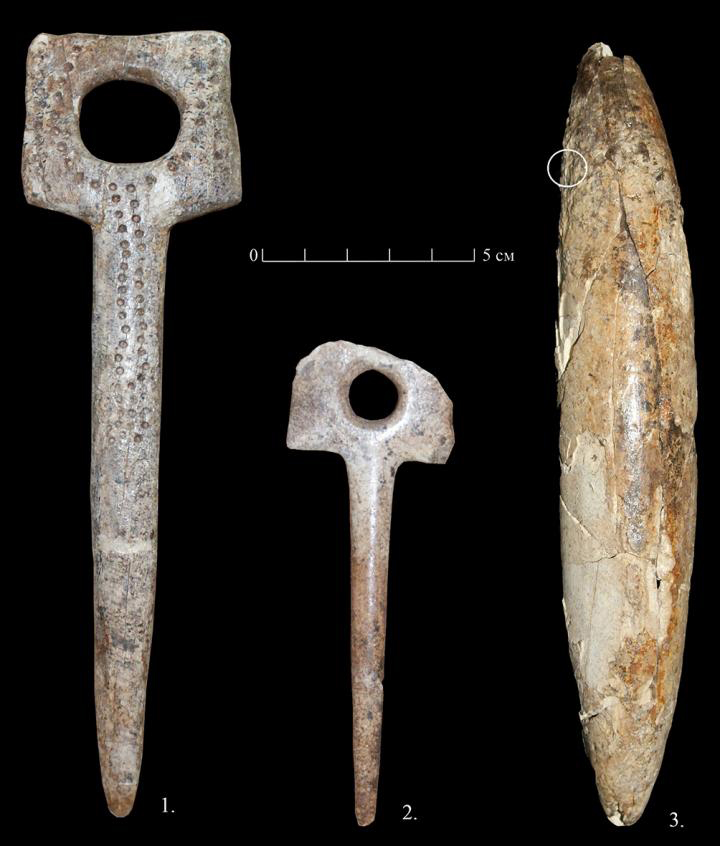 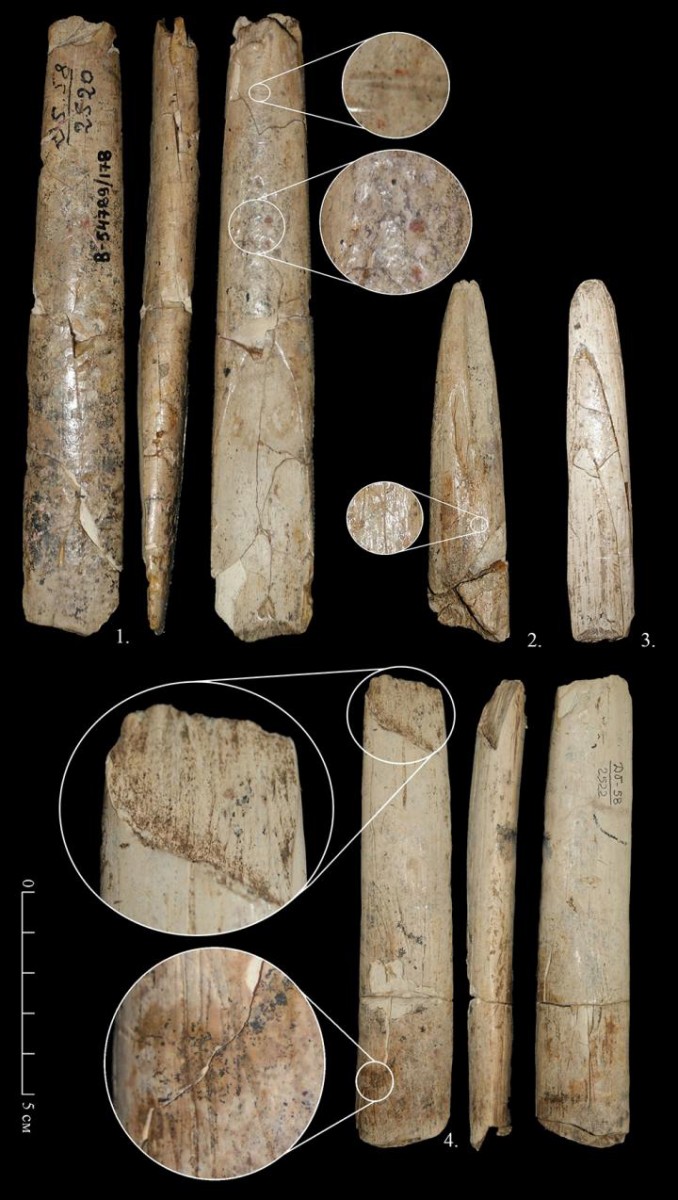 Vladimir is thrilled by the Sungirian man

A study of bone, antler and ivory objects found at the site

Archaeologists from the Lomonosov Moscow State University (MSU) studied the objects made of bone, antler and ivory, that were found at the Sungir archaeological site. They managed to learn how the Homo sapiens processed solid organic materials and produced tools and ornamentals. The work was published in a specialized digest Hugo Obermaier Society for Quaternary Research and Archaeology of the Stone Age.

Scientists from the MSU studied the objects found on the Sungir site. The work has allowed to establish that Sungir was the base camp for an ancient man—in contrast to the encampement Rusaniha located 8 km away from Sungir. One of the authors, Taisiya Soldatova (Ph.D., Faculty of Foreign Languages and Regional Studies, MSU), also reports that further study of the items found in the stand may help to determine the place of the monument in the Upper Paleolithic of Europe.

The open-air Upper Paleolithic site Sungir is located near Vladimir city. It was discovered in 1955, during preparation works for construction of a plant, and investigated by an expedition under the leadership of a famous Soviet archaeologist Otto N. Bader. There was found a complicated funerary complex, consisting of two graves each containing two burials. The burials were accompanied by rich inventory including a large amount of products made of ivory-beads, bracelets, spears etc.

Radiocarbon analysis, allowing to determine the biological age of the fossils and biological materials, showed that the Sungir findings are probably from 28,800 ± 240 to 25,500 ± 200 BP. According to others data, the site is about 30 thousand years old.

During the collaborative work Taisiya Soldatova conducted a study of 171 item of bone, antler and ivory (including working and hunting tools, blanks for various purposes and waste materials), while Vladislav Zhitenev (Ph.D., associate professor of historical archeology Faculty of Moscow State University) focused his attention on the ornamentals: pendants made of an arctic fox teeth and beads of ivory.

“The main objective of the study is to examine the products made of solid organic materials (bone, antler and ivory) from the Sungir Upper Paleolithic site. Together with stone tools, working bone is an important indicator of cultural attribution, and can also play a significant role in addressing some of the relative chronology issues”, says Taisiya Soldatova.

According to the specialist, technological analysis of the Upper Paleolithic sites of the Vladimir region showed that Sungirian man had mastered quite a wide range of techniques for processing bone material—longitudinal and transverse fracture, transverse break with preparatory sawing, cutting, sawing, planing/scraping. All of these techniques have been used to create collections of bones, antler and ivory, so it is possible to call it a rather uniform treatment of solid organic materials by Sungirian man.

On the other hand, the study showed that there are some differences between bone- and antler-working and ivory industry: ivory tools and ornaments the better well-formed than bone and antler. Moreover, no ivory tools used in household activity: just hunting weapons, art objects and ornaments. In the collection contains three items of ivory that can be attributed as tools: a “retoucher” and two “shaft straightener”. However, it should be emphasized that these instruments of ivory were found in burials and may have a symbolic meaning.

These peculiarities of ivory processing allow to draw some parallels between Sungir and early Aurignacian sites (European Upper Paleolithic culture), from this raw material served for ornaments and small figurines, and, in rare cases – point with massive base. Thus, it can be assumed that the bone industry of Sungir was culturally influenced by early Aurignac, which resulted in similar categories of tools, as well as the nature of the ivory material use. On Sungir also a high percentage of objects from antler (16%) was found, which also brings the site close to the ones of the Upper Paleolithic, found in Central and Western Europe.

Among the investigated items there are finds of varying completion—from blanks to finished products. Therefore, the researchers suggest that the treatment of bone material happened on the site. In addition, functional variety of findings proves that Sungir, covering an area of over 4,000 km2, most diverse economic activities were conducted: the fact of manufacturing clothing from animal skins was confirmed by awls and pin; and hoe-like tools allow assuming excavation. Archaeologists also found chisels and points – this may mean that Sungir people paid attention to productive activities and hunting, particularly deer, mammoths, wolves and wild horses. In other words, Sungir was probably the base primitive people camp, as opposed to the near Rusanikha, 8 km away from the study area. The head of the Rusanikha excavations—L.A. Mikhailova—suggests that the stand was an encampement of mammoth hunters because of the predominance of stone hunting tools and animal bones.

“Comparing bones, antler and ivory objects from Sungir with European collections of the Early Upper Paleolithic sites can help identify the cause of differences in methods of treating various bone material, and finding the similarities may help define common features in the nature of bone industries of this age and determine the place of the researched site in the Upper Paleolithic of Europe”, Taisiya Soldatova comments.