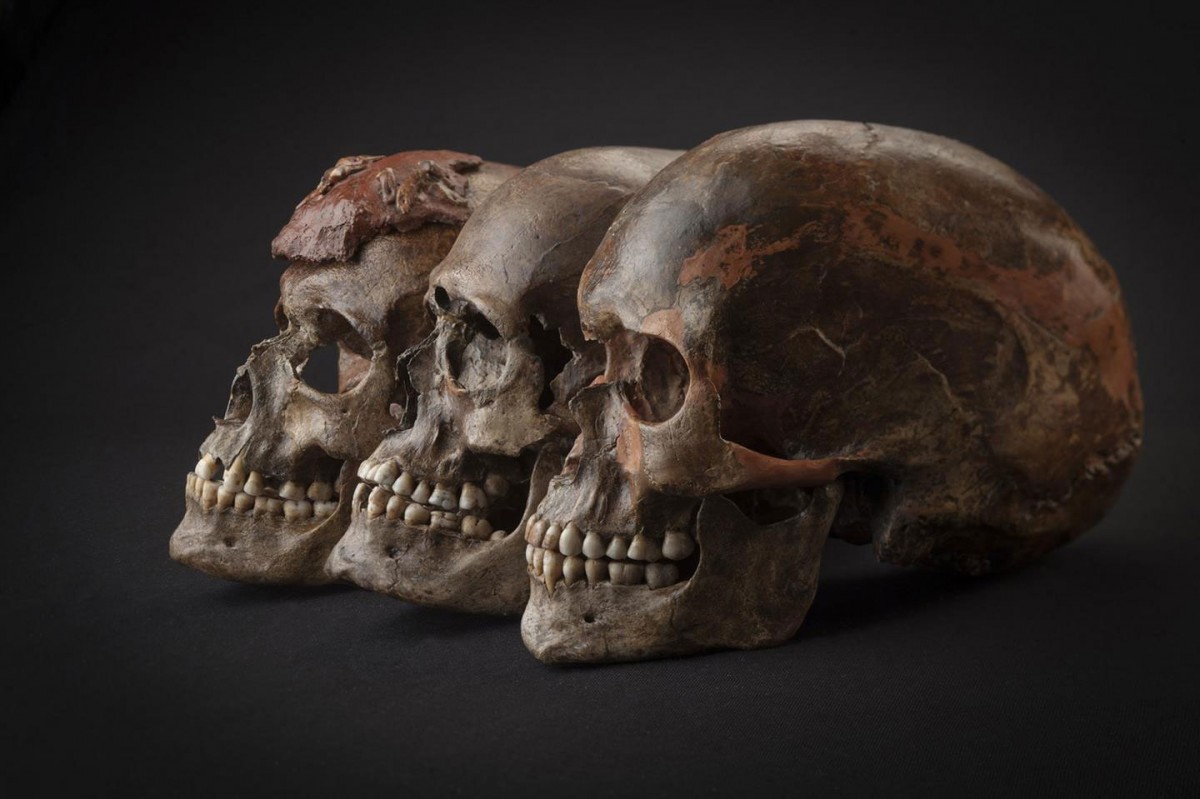 Analyses of ancient DNA from prehistoric humans paint a picture of dramatic population change in Europe from 45,000 to 7,000 years ago, according to a new study led by Howard Hughes Medical Institute investigator David Reich at Harvard Medical School.

The new genetic data, published May 2, 2016 in Nature, reveal two big changes in prehistoric human populations that are closely linked to the end of the last Ice Age around 19,000 years ago. As the ice sheet retreated, Europe was repopulated by prehistoric humans from southwest Europe (e.g., Spain).

Then, in a second event about 14,000 years ago, populations from the southeast (e.g., Turkey, Greece) spread into Europe, displacing the first group of humans.

Archeological studies have shown that modern humans swept into Europe about 45,000 years ago and caused the demise of the Neanderthals, indicated by the disappearance of Neanderthal tools in the archaeological record, explained Reich.

But prior to this study, there were only four samples of prehistoric European modern humans 45,000 to 7,000 years old for which genomic data were available, which made it all but impossible to understand how human populations migrated or evolved during this period. “Trying to represent this vast period of European history with just four samples is like trying to summarize a movie with four still images.

With 51 samples, everything changes; we can follow the narrative arc; we get a vivid sense of the dynamic changes over time,” said Reich. “And what we see is a population history that is no less complicated than that in the last 7,000 years, with multiple episodes of population replacement and immigration on a vast and dramatic scale, at a time when the climate was changing dramatically.”

The genetic data show that, beginning 37,000 years ago, all Europeans come from a single founding population that persisted through the Ice Age, said Reich. The founding population has some deep branches in different parts of Europe, one of which is represented by a specimen from Belgium.

This branch seems to have been displaced in most parts of Europe 33,000 years ago, but around 19,000 years ago, a population related to it re-expanded across Europe, Reich explained. Based on the earliest sample in which this ancestry is observed, it is plausible that this population expanded from the southwest, present-day Spain, after the Ice Age peaked.

The second event that the researchers detected happened 14,000 years ago. “We see a new population turnover in Europe, and this time it seems to be from the east, not the west,” said Reich. “We see very different genetics spreading across Europe that displaces the people from the southwest who were there before. These people persisted for many thousands of years until the arrival of farming.”

The researchers also detected some mixture with Neanderthals, around 45,000 years ago, as modern humans spread across Europe. The prehistoric human populations contained three to six percent of Neanderthal DNA, but today most humans only have about two percent. “Neanderthal DNA is slightly toxic to modern humans,” explained Reich, and this study provides evidence that natural selection is removing Neanderthal ancestry.