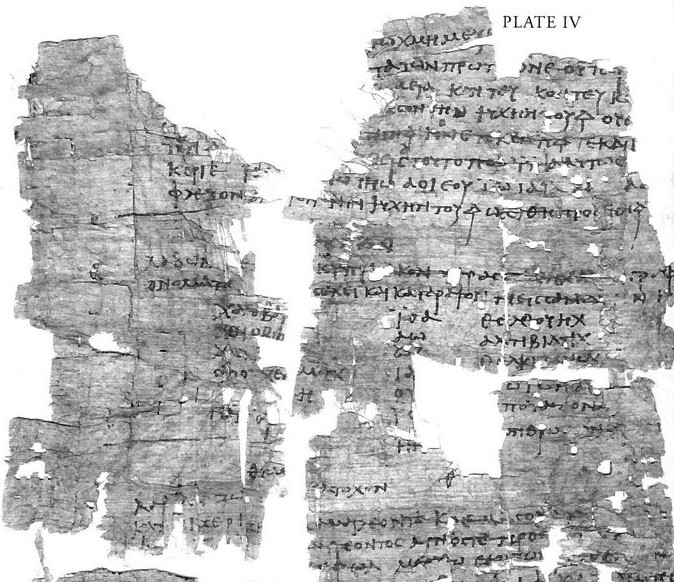 Of love, subjugation and treatment

Two of the Oxyrhynchus papyri, a collection from ancient Egypt discovered about 100 years ago, have been deciphered, yielding magical words and spells used at the time. The spells were translated by Franco Matomini of the University of Udine, Italy, revealing their aim. One spell was meant to make a woman love the spell caster, while the other to subject a man to the spell caster, although they were not targeted at someone specific. The user had to insert the name of the person being targeted — sort of like an ancient “Mad Libs.”

The names of the spell writers are not known, and the spells were written in Greek, which was widely used in Egypt in the 3rd century A.D. when the spells were written. The love spell reads: “Burnt offering in the bathhouse. … and write with the blood of Typhon and glue it to the dry vaulted vapour room of the bath: ‘I adjure you, earth and waters, by the demon who dwells on you and the fortune of this bath so that, as you blaze and burn and flame, so blaze her until she comes to me.’” The second spell requires that the caster engrave onto a small copper plaque a series of magical words, the translated phrase reading: “subject to me the (name of the) man, whom (the name of the man’s mother) bore…” and stitch the plaque onto something the man wears, e.g. a sandal. If the spell proved to be successful, then the man upon whom it would be cast would be forced to do whatever the spell caster wanted.

A list of recipes on the back of that papyrus includes recipes that use animal droppings to treat a wide range of conditions, including headaches and leprosy. Some were meant to be used as aphrodisiacs.

Many of the Oxyrhynchus papyri are now owned by the Egypt Exploration Society and are housed and studied at the University of Oxford in England. The two spells mentioned in this article are part of a larger collection translated by editors and contributors from various institutions and which will be published in an upcoming volume of “The Oxyrhynchus Papyri”.