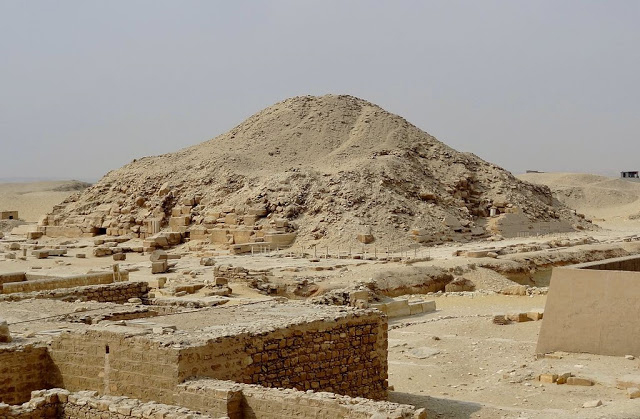 Pyramid of Unas reopens to public

After two decades of conservation and renovation works, the Pyramid of Unas was opened again to the public last Friday.

The Pyramid of Unas is the last of the 5th Dynasty royal pyramids. Despite its small size, it is considered one of the most important Egyptian pyramids because it is the first pyramid to register the “Pyramids Texts” which have religious and funerary importance for resurrecting the dead.

“The Pyramids Texts feature a collection of ancient Egyptian religious texts carved on the walls of royal burials for the purpose of protecting the pharaoh’s remains, reanimating his body after death, and helping him ascend to the heavens, which are the emphasis of the afterlife in the ancient Egyptian mythology,” archaeologist Sherif el Sabban said.

The famous French Egyptologist Gaston Maspero was the first to enter the pyramid in 1881 but the pyramid was closed in 1996 because of the humidity that caused damages to its burial chamber. Then the Supreme Council of Antiquities decided to close the pyramid for conservation and restoration works. After many researches, humidity and heat testing devices were inserted inside the pyramid to decrease their levels, led lights were also provided to safely illuminate the pyramid.

The pyramid is among the funerary complex which combines the valley temple underneath the hill, a causeway that ends with the mortuary temple. The causeway was decorated with scenes of religious and everyday life scenes.

The entrance chapel of the pyramid lies in the north and it leads to a corridor chamber that connects the descending passage coming from the entrance with a straight passage leading to the antechamber. The corridor ends with 3 portcullises that were meant to block the access to the antechamber leading from the entrance passage in the north to the magazines in the east and the burial chamber in the west where the oldest pyramids text exist.