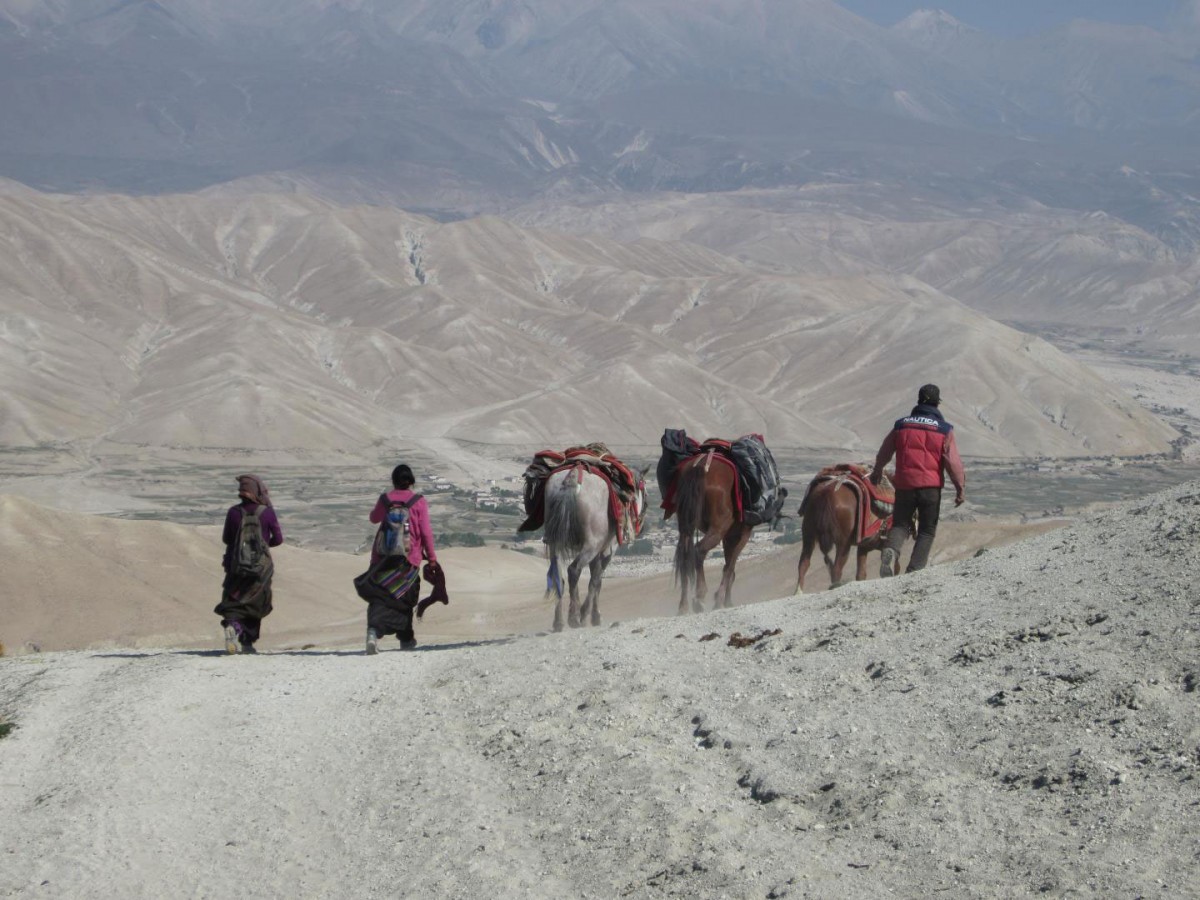 In a collaborative study by the University of Oklahoma, University of Chicago, University of California, Merced, and Uppsala University, researchers conduct the first ancient DNA investigation of the Himalayan arc, generating genomic data for eight individuals ranging in time from the earliest known human settlements to the establishment of the Tibetan Empire. The findings demonstrate that the genetic make-up of high-altitude Himalayan populations has remained remarkably stable despite cultural transitions and exposure to outside populations through trade.

Christina Warinner, senior author and professor in the Department of Anthropology, OU College of Arts and Sciences, and corresponding authors Anna Di Rienzo, Department of Human Genetics, University of Chicago, and Mark Aldenderfer, School of Social Sciences, Humanities and Arts, University of California, Merced, collaborated on the study published June 20, 2016 in the Proceedings of the National Academy of Sciences article, “Long-term genetic stability and a high altitude East Asian origin for the peoples of the high valleys of the Himalayan arc.”

“In this study, we demonstrate that the Himalayan mountain region was colonized by East Asians of high altitude origin, followed by millennia of genetic stability despite marked changes in material culture and mortuary behavior,” said Warinner.

Since prehistory, the Himalayan mountain range has presented a formidable barrier to population migration, while at the same time its transverse valleys have long served as conduits for trade and exchange. Yet, despite the economic and cultural importance of Himalayan trade routes, little was known about the region’s peopling and early population history. The high altitude transverse valleys of the Himalayan arc were among the last habitable places permanently colonized by prehistoric humans due to the challenges of resource scarcity, cold stress and hypoxia.

“Ancient DNA has the power to reveal aspects of population history that are very difficult to infer from modern populations or archaeological material culture alone,” said Aldenderfer.

The modern populations of these valleys, who share cultural and linguistic affinities with peoples found today on the Tibetan plateau, were commonly assumed to be the descendants of the earliest inhabitants of the Himalayan arc. However, this assumption had been challenged by archaeological and osteological evidence suggesting these valleys may have been originally populated from areas other than the Tibetan plateau, including those at low elevation.

To address the problem, Warinner and colleagues sequenced the nuclear and mitochondrial genomes of eight high-altitude Himalayan individuals dating to three distinct cultural periods spanning 3150 to 1250 years before present. The authors compared these ancient DNA sequences to genetic data from diverse modern humans, including four Sherpa and two Tibetans from Nepal.

Even more revealing, both prehistoric individuals and contemporary Tibetan populations shared beneficial mutations in two genes, EGLN1 and EPAS1, which are implicated in adaptation to low-oxygen conditions found at high altitudes, but EGLN1 adaptations were observed earlier.

“For me, the most tantalizing finding in this study is that the temporal dynamics of the two main adaptive alleles appears to be quite different, suggesting a complex history of how humans adapted to this extreme environment. I am excited at the idea that ancient DNA may allow us to further dissect this history in the future,” said Di Rienzo.

“Although hundreds of ancient genomes have been reported for individuals of European and western Eurasian ancestry, this is the first study to recover ancient whole genomes of genetic East Asians,” said Choongwon Jeong, first author of the study, University of Chicago. “Continued investigations of ancient Asian populations will reveal how our ancestors adapted to the overwhelmingly diverse environments found in eastern Eurasia.”