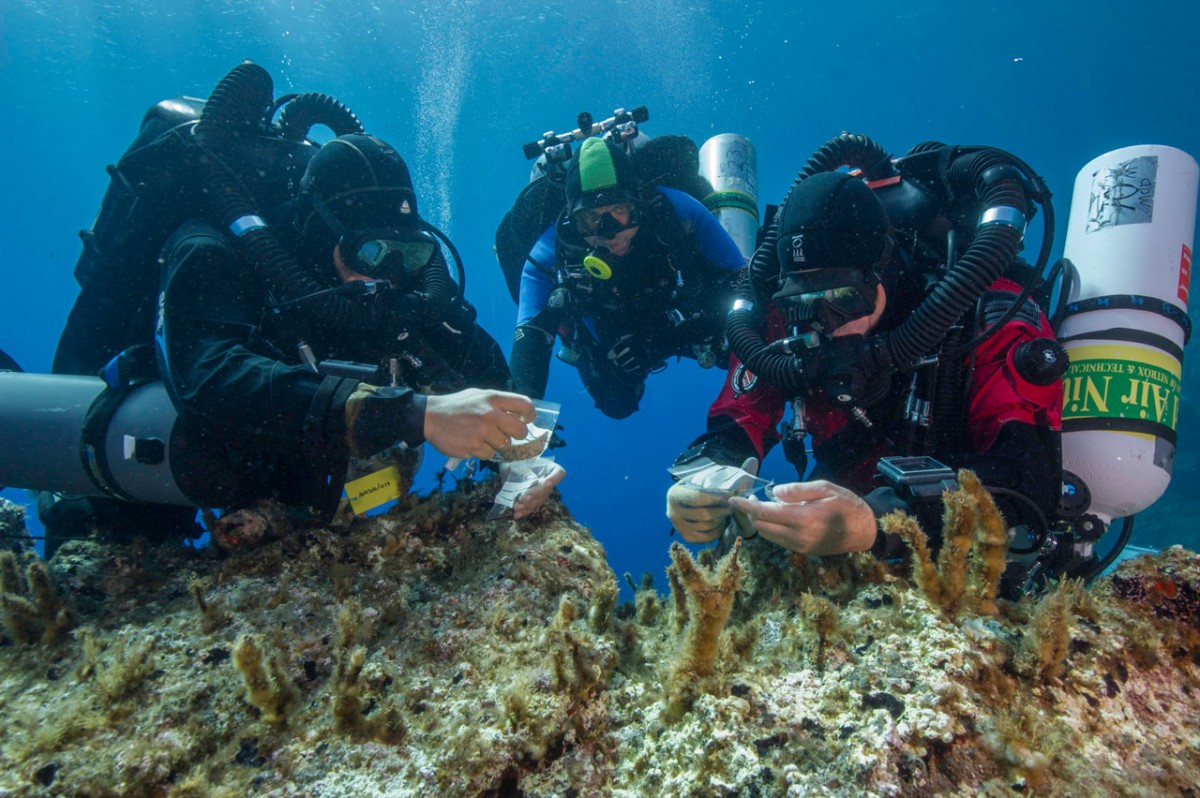 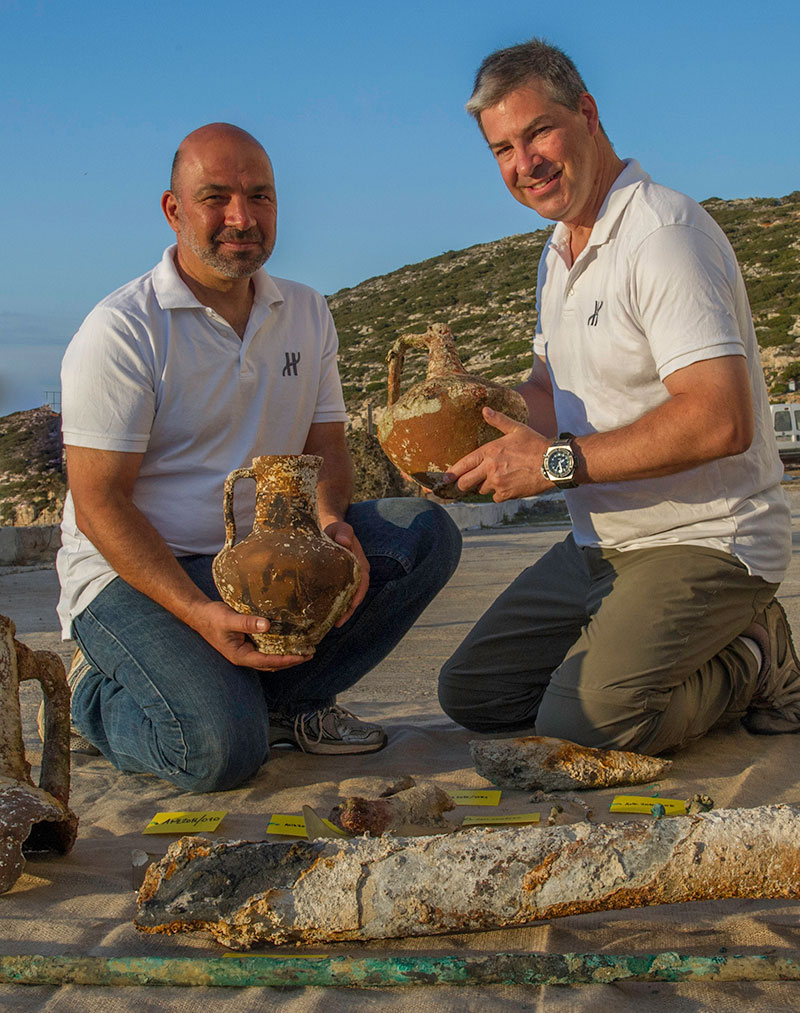 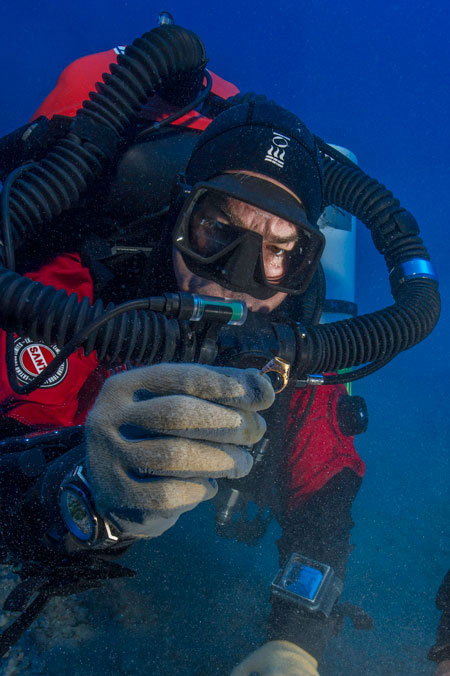 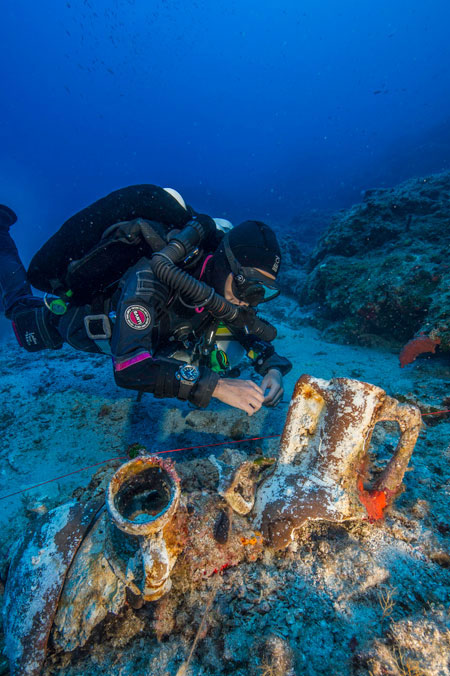 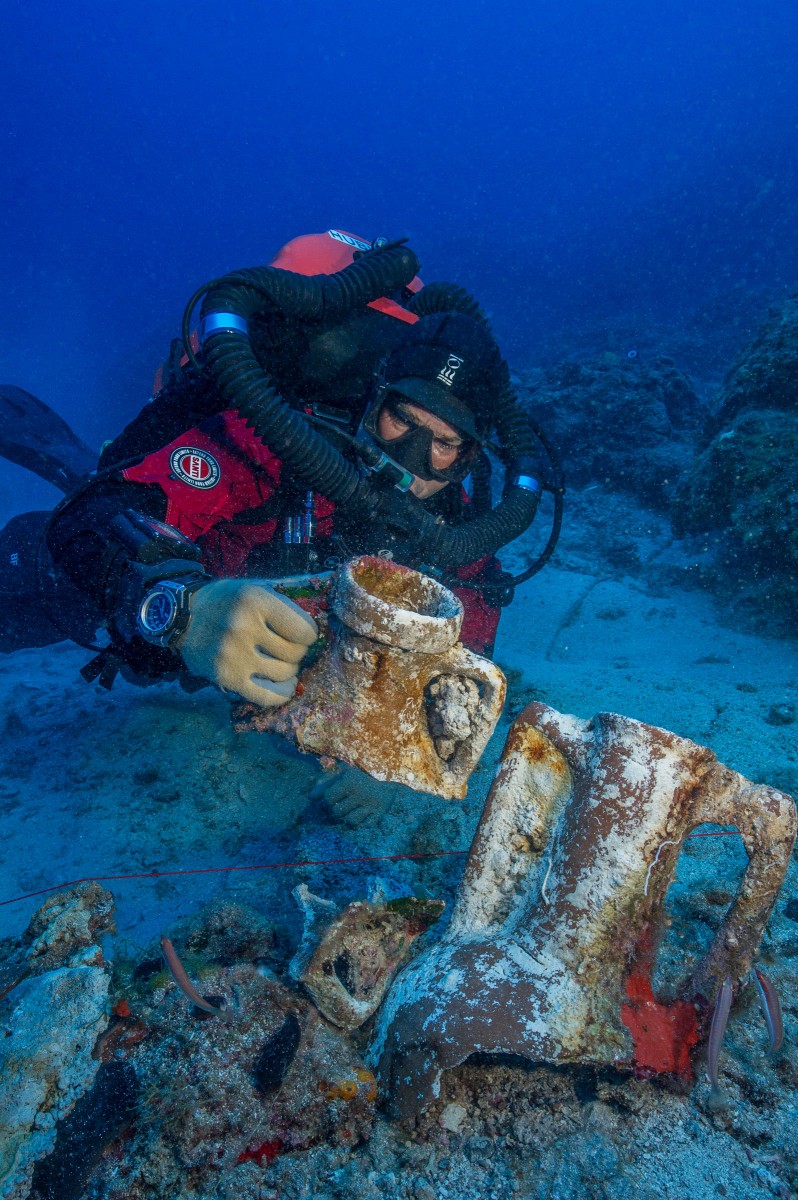 Including gold jewelry, luxury glassware, a bronze spear from a statue, elements of marble sculptures

An international research team has discovered spectacular artifacts during its ongoing excavation of the famous Antikythera Shipwreck (circa 65 BC) this month. The shipwreck is located off the Greek island of Antikythera in the Aegean Sea.

Led by archaeologists and technical experts from the Hellenic Ministry of Culture and Sports and Woods Hole Oceanographic Institution (WHOI), the team recovered 60 artifacts including gold jewelry, luxury glassware, a bronze spear from a statue, elements of marble sculptures, resin/incense, ceramic decanters, and a unique artifact that may have been a defensive weapon to protect the massive ship against attacks from pirates. The team also confirmed the wreck of a second ancient cargo ship close by the Antikythera vessel.

“Our new technologies extend capabilities for marine science,” said Brendan Foley, a marine archaeologist with WHOI. “Every new dive on the Antikythera Shipwreck delivers gifts from the ancient past. The wreck offers touchstones to the full range of the human experience: from religion, music, and art, to travel, trade, and even warfare.”

The Antikythera Shipwreck, the largest ancient shipwreck ever discovered, was possibly a massive grain carrier. It was discovered and salvaged in 1900 by Greek sponge divers. In addition to dozens of marble statues and thousands of antiquities, their efforts produced the Antikythera Mechanism—an astounding artifact known as the world’s first computer. In 1976, Jacques-Yves Cousteau and the CALYPSO crew returned to the wreck and recovered nearly 300 more objects, including skeletal remains of the passengers and crew.

The current high-tech, collaborative project brings robots, technical diving, and new laboratory analyses to this remarkable shipwreck. After precisely mapping a 10,500-square-meter (2.6 acres) area of sea floor around the wrecks with an autonomous robot, the team’s divers descend to 52 meters (170 feet) using mixed-gas, closed-circuit rebreathers to exactly locate, document, and retrieve the artifacts. Among other inquiries, the isotopes of recovered lead objects are analyzed to determine their origin, and ancient DNA is extracted from ceramic jars to reveal the food, drink, and medicines consumed by the ancient seafarers. The team generates precise three-dimensional digital models of every artifact, allowing discoveries to be shared instantly and widely even if the objects remain on the sea floor.

“Reality Computing is bridging the physical and digital world, ” said Autodesk Explorer-in-Residence Jonathan Knowles. “We see great potential in working with WHOI to capture, analyze, and share the wonders of Antikythera with the world. ”