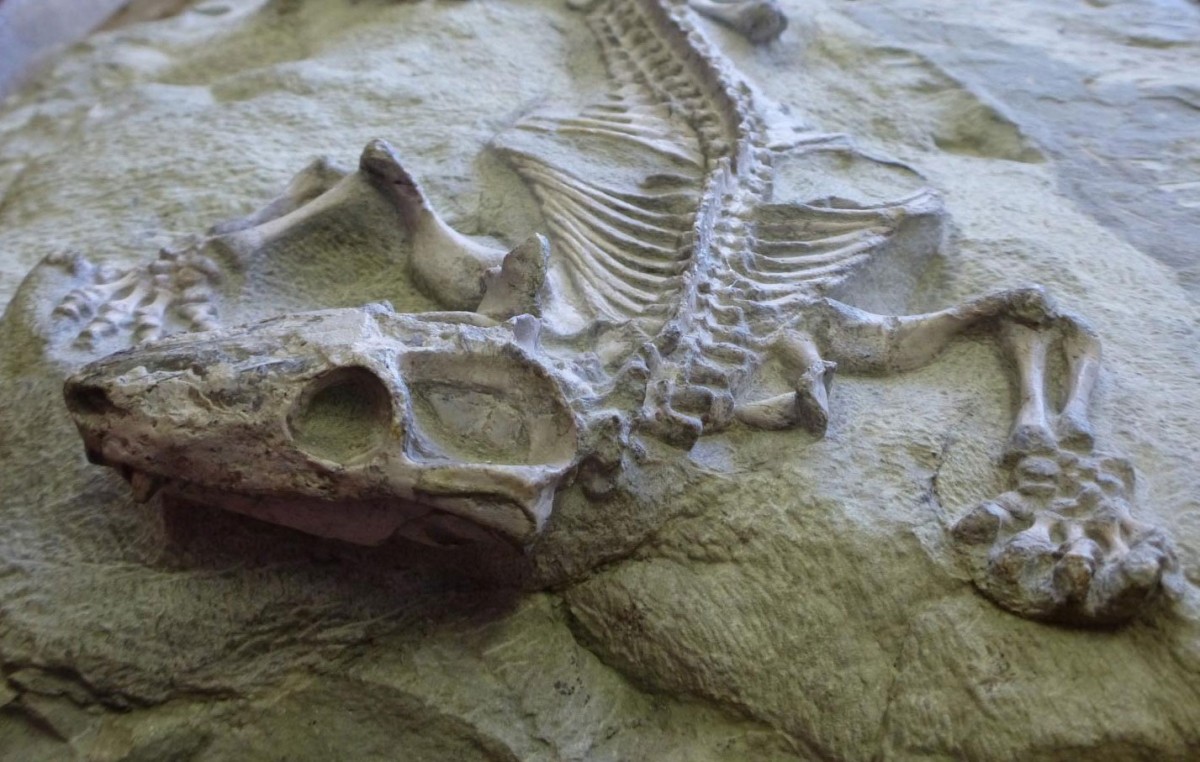 How the mouse outlived the giant

The importance of growing hair and whiskers

T. rex may have been the most ferocious creature in the jungle, but something as simple as growing hair may have helped mammal-like reptiles to outlive this scary beast.

By scanning the fossil remains of mammal-like reptiles from the Karoo of South Africa, Dr Julien Benoit and his colleagues from the University of the Witwatersrand, Professors Paul Manger and Bruce Rubidge, found that these reptiles, called therapsids, may have evolved hair, and the use of whiskers as a sensory tool in order to operate at night well before the Mesozoic age and dinosaurs became the dominant terrestrial animals.

“Whiskers are an amazing sensory tool to have when you are nocturnal and the evolution of whiskers possibly assisted in the survival of the therapsids – and more specifically the probainognathians – which eventually evolved into mammals as we know them today,” says Benoit.

The rocks of the Karoo, deposited over a very long period from 300-180 million years ago, are internationally renowned for their wealth of fossils, particularly of therapsid reptiles which are the distant ancestors of mammals. Therapsids roamed the Earth and dominated terrestrial ecosystems well before dinosaurs and are known from all continents in the world, but South Africa has by far the most diverse and long-ranging record of this important group of animals. Thousands of therapsid fossils are curated in South African palaeontological research institutions.

However, despite their rich fossil record, to date no therapsid fossils have been found with evidence of hair and the fossil record of hair remains limited to mammals. Instead of looking for fossilised hair in therapsids Benoit and his colleagues used scanning technology to search for the neural structures which innervated hairs in therapsids.

By using new techniques based on computerised X-ray micro-tomography (CT scan) and digital three-dimensional modelling, Benoit found that the maxillary canal of therapsids, a bony tube in the snout of the animal that houses the trigeminal nerve, is shorter in therapsids than in reptiles.

The trigeminal nerve is the nerve that gives sensitivity to the snout of the animal, and as the maxillary canal is shortened, it allows for movement of the nerve as it branches into the soft tissue of the lip and nose where it innervates the whiskers.

“This leaves the trigeminal nerve free to follow the movements of a flexible snout. In reptiles this canal is long and the nerve is enclosed in the maxilla all along its length, which prevents any movement of the nose and lips,” says Benoit.

The multidisciplinary team’s research suggests that a mammal-like mobile snout evolved around 240-246 million years ago with the appearance of a group of therapsids called Prozostrodontia, which are direct ancestors of mammals.

The prozonstrodontians form part of the larger group of therapsids, probainognathians, a group of cynodont (dog-like) therapsids that evolved a large cerebellum and lost the parietal foramen for the third eye (an organ on the skull roof that detects light for monitoring thermoregulation and daily rhythms such as sleep).

Research in mutant mice has shown that these two mammalian features are controlled by the same gene, MSX2, which also controls the development of the mammary glands and the maintenance of body hairs. “This is the gene that makes us mammals” Benoit says.

Based on the CT based anatomical observations in probainognathians, it appears that the MSX2 gene underwent a significant change in its expression 240-246 million years ago and triggered the evolution of many typical mammalian traits including hair and whiskers, an enlarged cerebellum, complete ossification of the skull roof, and more importantly, the mammary glands, that define mammals today.

“Our research has shown that these features of mammals were already present in advanced therapsids, prior to the appearance of mammals,” says Benoit. “It also has implications for understanding how mammals survived the domination of dinosaurs during the Mesozoic period and the subsequent evolutionary success of mammals.”